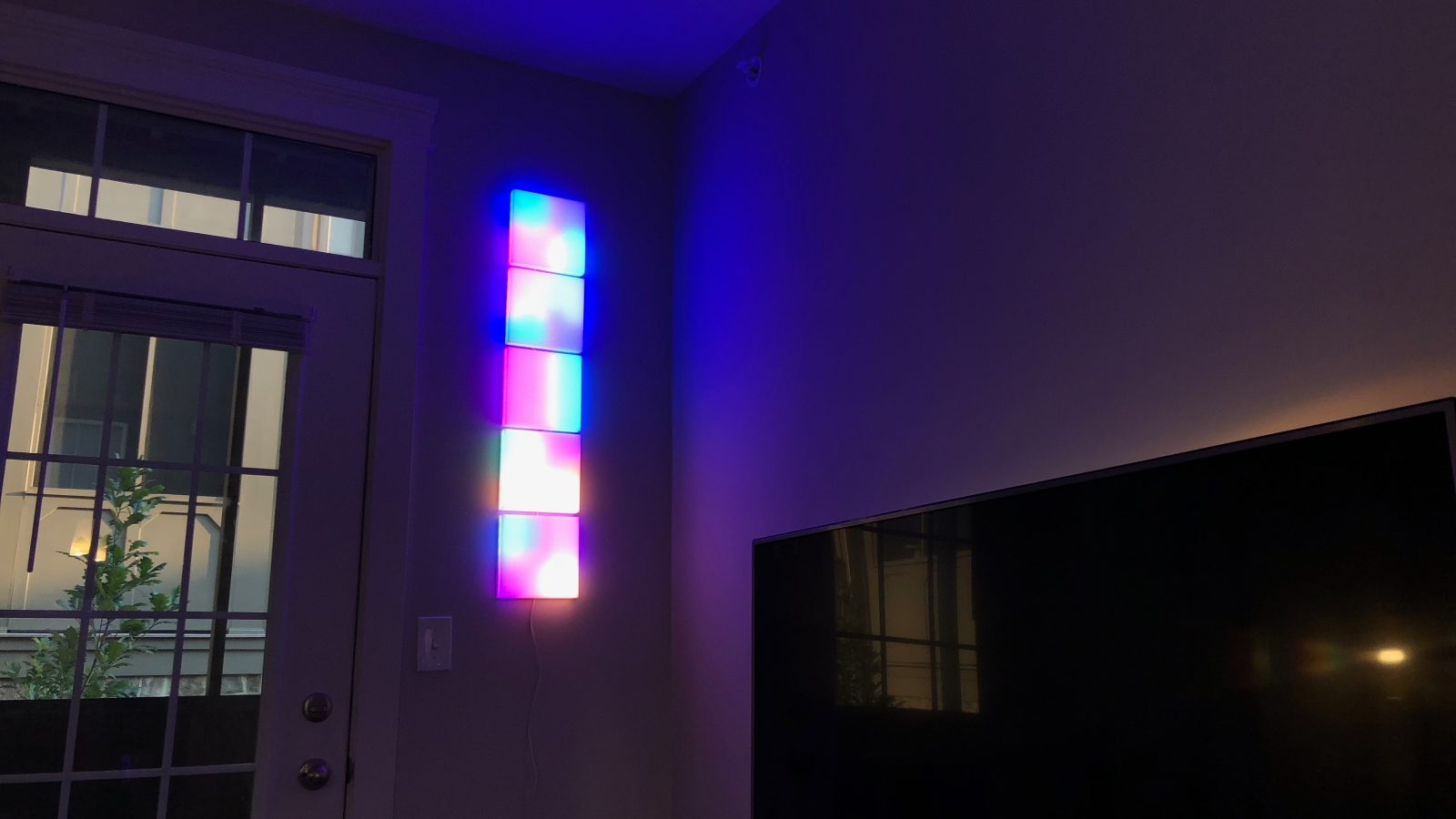 One thing is for sure: accessory makers are pulling out all of the stops when it comes to decorative HomeKit lighting accessories. Back in May, we took a look at the Lifx Beam accessory, which offers smart lightning in a neon tube-like format.

Now, Lifx is back with its Tile accessory, which is seemingly its more direct competitor to the Nanoleaf Aurora. Unfortunately, where the Aurora excels, the Lifx Tile often seems to fail…

While many of the HomeKit wall lighting accessories, including the Aurora and the Beam, aren’t fun to install, the Tile takes things to a whole new level. In the box, Lifx includes five standalone tiles and connection cables for piecing them all together. It’s the connection cables that make the setup process so complex.

Whereas the Lifx Beam uses a MagSafe-like connector between each individual beam, the Tile uses obnoxiously long connection cables. Thus, you must plug each cable into each tile and subsequently run the cable slack between the narrow slits on the back as to allow the panels to sit flush against the wall.

At the same time, you have to mount the tiles on the wall using included 3M command strip adhesive. This is where things really got tricky for me. Making sure the cable slack was routed through the path on the back of each panel, and that the panel was sitting flush against the wall, while aligning each panel horizontally, was challenging to say the least.

Another piece of advice I have is not to use the included 3M command strips. They turned out not the be strong enough in my testing, causing three of the panels to fall to the ground and subsequently rip the connective cables just a few days after I initially hung them up.

It’s hard to explain just how complex the process is in words, but Lifx has put together a video demonstrating the setup process – note that they make it look far easier than it really is:

Contrast this process to the Nanoleaf Aurora, which uses a set of small connector tabs to connect each panel together. It’s a far easier process than the connector cable system of the Beam.

Thankfully, once you get the panels themselves attached to your wall, Lifx makes the rest of the setup process relatively easy through the Lifx app for iOS. Pairing with HomeKit is straightforward, as well.

Once you successfully complete the Lifx Tile setup process, it’s time to admire your creation. To give credit where credit is due, the Tile is an incredibly versatile accessory when controlled via the Lifx app. In terms of brightness, the Tile puts out a total of 2,100 lumens when all five panels are in use, making it one of the brighter lighting accessories on the market. The Lifx Beam, for comparison, puts out 1,200 lumens.

Much like with the Beam, there are a slew of predetermined themes, as well as the ability to use a paint brush and create any design you want. In the Lifx app, you have a host of different customization options. There are a total of 64 controllable light zones, which means you can deploy a wide variety of colors all at once. 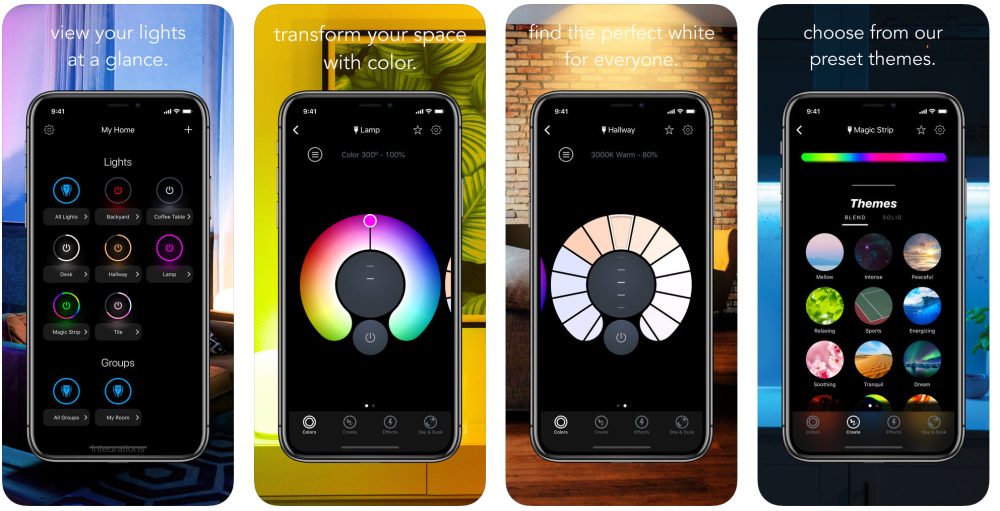 Under the “Create” tab in the application are a handful of different pre-created themes, including some that are calm and soothing and others that make it seem you’ve turned your place into a dance club. Meanwhile, the “Effects” tab includes different options such as strobe, candle flicker, color cycle, and more.

Unfortunately, this versatility doesn’t transfer to the Home app. In the Home app, you’re stuck with choosing from Apple’s own color picker, which means you can only set the Tile to a single solid color, control the brightness level, and power it on and off.

As with many of these HomeKit lighting accessories, they can quickly become more obnoxious than useful. Personally, I prefer to choose a single, light color rather than a complex theme with bright, changing colors. This allows Tile to act as a tame way of providing accent lighting, as opposed to a centerpiece. 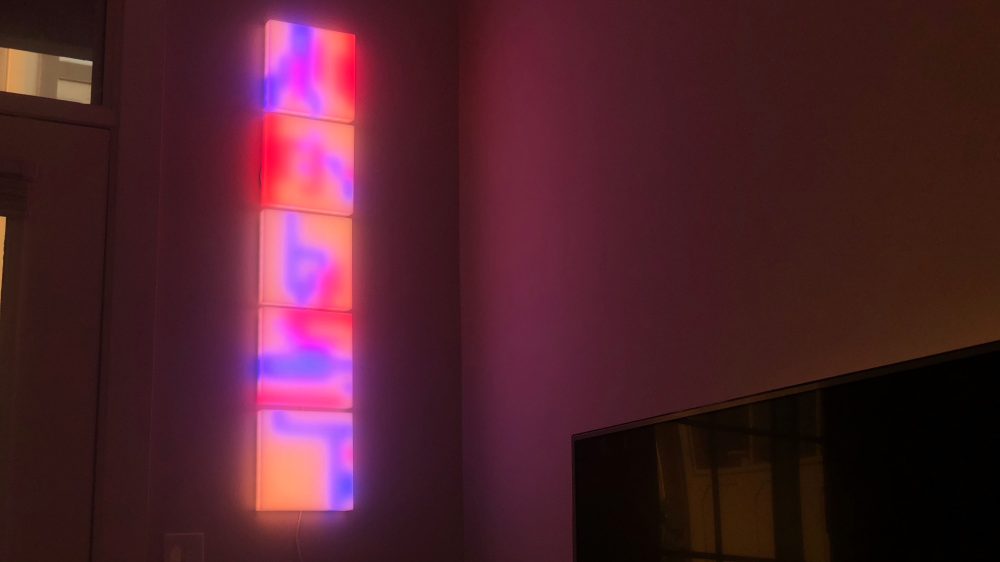 The Lifx Tile is a perplexing product; the setup process is incredibly cumbersome and frustrating, but once you suffer through that, it’s a versatile and fun addition to any HomeKit setup.

Meanwhile, however, the Tile faces stiff competition from the Nanoleaf Aurora, which is easy to setup, arguably features a more interesting and unique design, and is slightly cheaper. 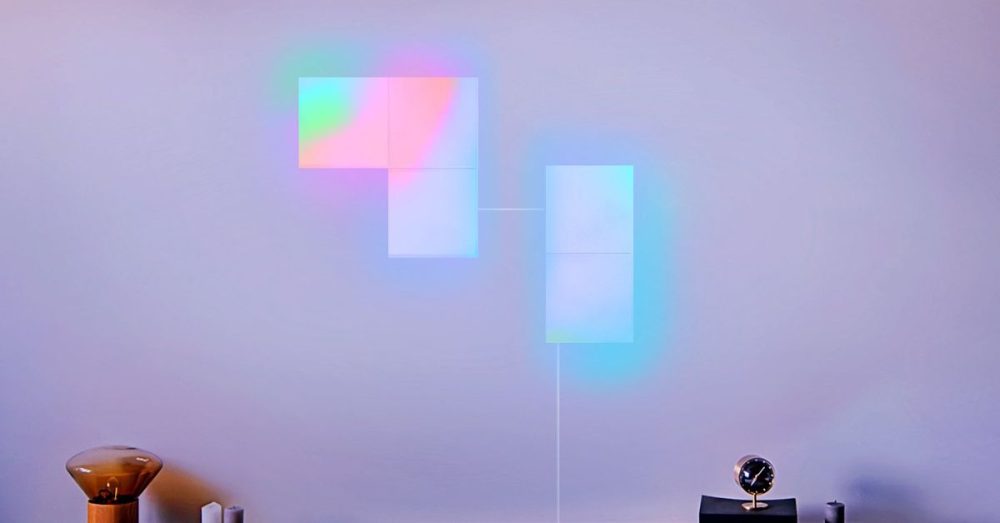 All in all, the Tile is a hard to recommend accessory due almost entirely to the setup process. It’s also not cheap, coming in at $250, while the Nanoelaf Aurora runs as low as $200 and can even be found cheaper over on 9to5Toys on occasion.

What do you think of the Lifx Tile? Have you given it a try or do you plan to? Let us know down in the comments!