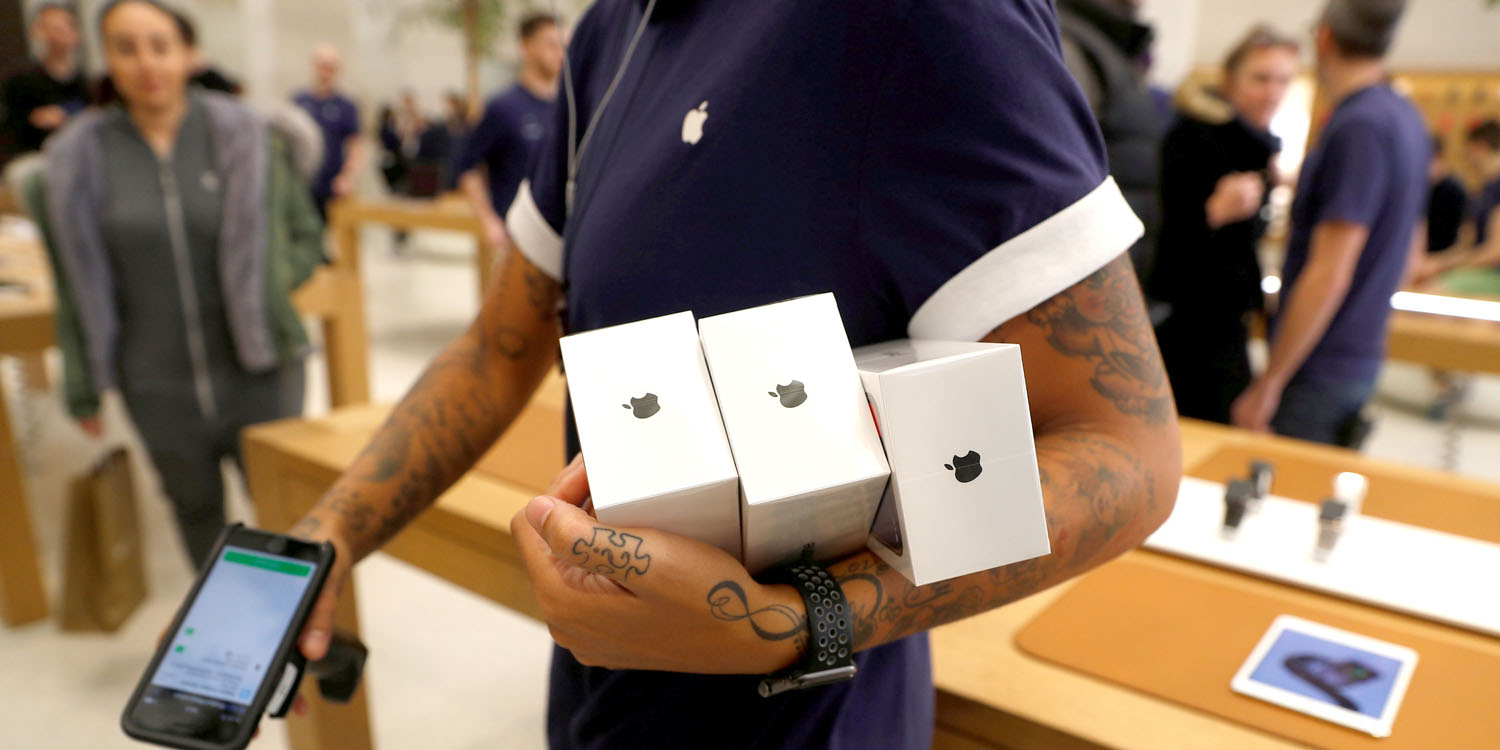 Liquidation specialist B-Stock reported back in July that the average resale value of an iPhone X was 85% of the full retail price, a record for any iPhone at that point in the sales cycle.

Note: You can quickly and easily get cash for your desk full of iPhones here with our highly rated service.

A tech trade-in site says that today’s trade-in value is still 68% of the original sales price even a week before this year’s models are revealed, in strong contrast to one of Samsung’s flagship phones …

With the latest report suggesting that this year’s iPhone X successor, expected to be called the XS or Xs, could start from $800, that could represent an opportunity for a very cheap upgrade to the new model if you have a spare phone you could use to span the gap.

In fact, says MusicMagpie, all iPhone models hold their value better than any of the competition. The iPhone X has depreciated 32%, the iPhone 8 Plus by 43%, the iPhone 8 45% and the iPhone 7 by 44%. This is in sharp contrast to Samsung’s Galaxy S9+, which has already lost almost half its value just five months after launch.

Other Samsung models have depreciated by between 58% and 59%, with even worse news for other brands – as shown below. 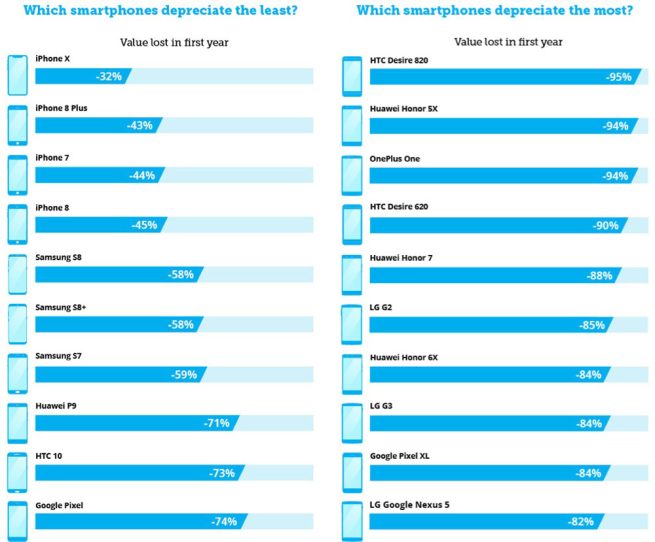 The worst purchase of all was the HTC Desire 820, which lost 95% of its value in one year.