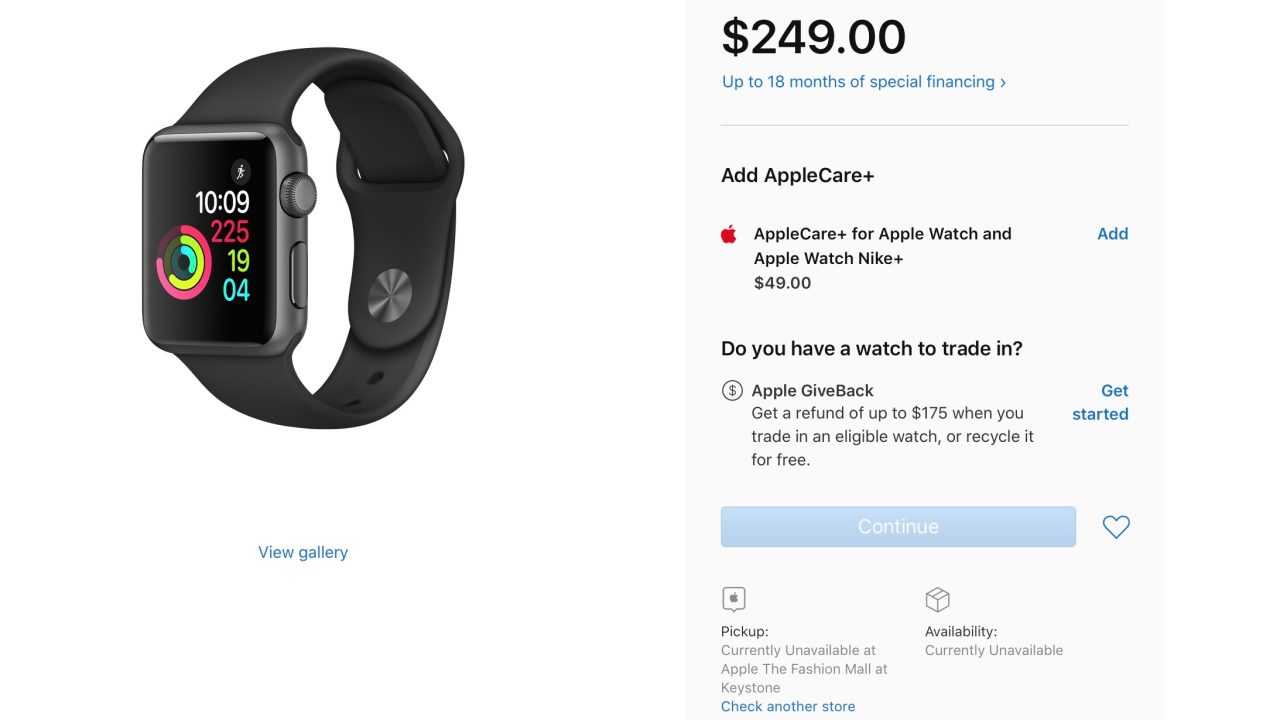 At Best Buy, the 42mm model of the Apple Watch Series 1 is completely unavailable and listed as “sold out.” Likewise, the same model is sold out at Walmart as well.

Are you planning to upgrade to the Apple Watch Series 4 next week? Let us know down in the comments!