Comment: The Apple Watch Series 4 is going to take the wearable mainstream 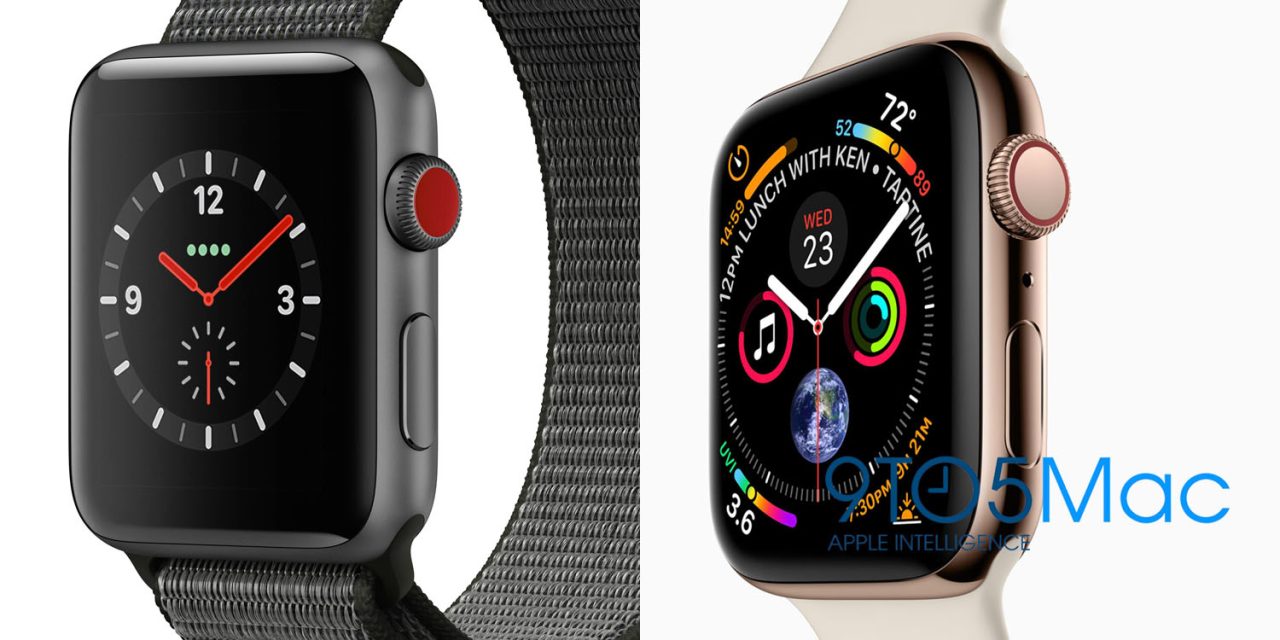 In my last Apple Watch Diary piece, I said that there were two things which might sell me on the idea of upgrading from my Series 3 to the upcoming Series 4. One was a more responsive Siri, but the bigger one was more data on the screen.

Apple may allow more characters in text fields, to display more of an upcoming appointment, for example. That too might be handy. Third […] it could allow more complications. If it did that, I’d be sold straight away.

As we yesterday exclusively revealed, we will indeed be seeing additional complications …

The new watch face Guilherme found shows a total of nine complications visible alongside the time. This is up from the maximum of five supported by the most dense existing watch face, the Modular one.

This is a single marketing image, so it even leaves open the possibility of other new faces that can display even more complications.

More complications – made possible by the 15% larger display – is a huge benefit, for two reasons.

First, it boosts the usefulness of the device for at-a-glance information updates. For example, checking the watch to see the outside temperature or Activity progress is way easier than taking your phone out of your pocket.

But complications also give one-tap access to your most frequently used apps. This makes it easier to access the apps, and also more likely we’ll bother.

For example, one of my complications is the Workout app. I’m not a gym rat, but I cycle most places in London, which is not only the fastest and most enjoyable way to get around the city, but also a key form of exercise for me. If I activate a workout, that encourages me to work a bit harder at the exercise side of the equation, and the complication means that starting a workout is now two taps on my watch – so I do it more often.

I said that more complications would sell the watch to me right away, and the leaked image confirms that. My Series 3 watch is already feeling a little cramped – and I’m sure I’m not alone.

So for geeks like you and I, the information density is a huge reason to upgrade. In our poll, three-quarters of you absolutely love it.

But I also think the S4 is going to be significantly more appealing to mass-market buyers. Apple has cleverly incorporated a more traditional circular look into a rectangular watch face, offering the best of both worlds. The larger display gives it more pop, and when you can see more information at a glance, it’s more obvious to a casual observer why they might want a smartwatch.

My colleague Bradley Chambers commented to me that the trend has been for smaller and cheaper devices to take over more and more functions of the larger and more expensive ones, and I think that’s absolutely right. The iPad Pro now does a lot of what people did on a MacBook. The larger iPhones allow people to do things they previously did on their iPad. And the Apple Watch Series 4 is going to make it practical to do more of the things we currently do on our phone.

I think it will mainstream the Apple Watch (10/10 normals I’ve shown this to want it, most don’t have watch)

8 complications show so much info, you might not need to pull your phone out nearly as much https://t.co/L63S0ICV0e

A market intelligence report today suggested that 9/10 Apple Watch buyers opt for the S1 over the S3. The S4 is going to generate a very different breakdown. For mass-market buyers, the extra display size and funky new watch face is going to prove a big draw. For geeks, the information density and quick access to more apps is a big reason to upgrade. I think the Series 4 is going to be huge.