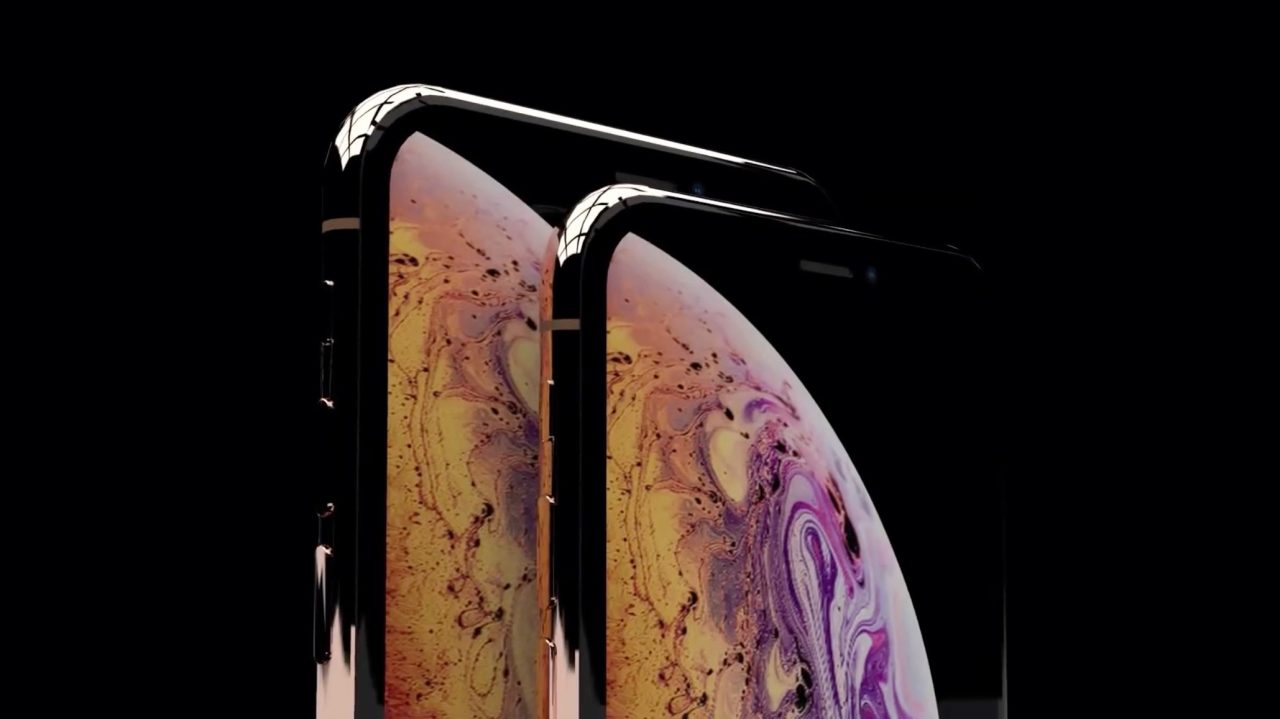 A (relatively sketchy) leak posted to Weibo this morning purports to show a slide from an internal presentation at China Mobile, one of the largest iPhone carriers worldwide (via Macotakara). It claims that the 6.1-inch model is named ‘iPhone XC’ and the new high-end 6.5-inch phone is ‘iPhone XS Plus’. It also raises a few more details on pricing and availability …

Leaks like these have been accurate in the past. Obviously, it is possible for slide decks like this to be doctored or fabricated entirely, so take this with some skepticism.

Our exclusive from a couple weeks back confirmed the name of the mainlines series as iPhone XS. For the larger phone, we heard that Apple considered the ‘iPhone XS Max’ name, but this report suggests otherwise.

This presentation says that the name of the 6.5-inch model is iPhone XS Plus. The name of the cheaper 6.1-inch phone has been more elusive. Various names have circled around including ‘Xr’, ‘XC’ and others. This supposed ‘leak’ says the name is iPhone XC. 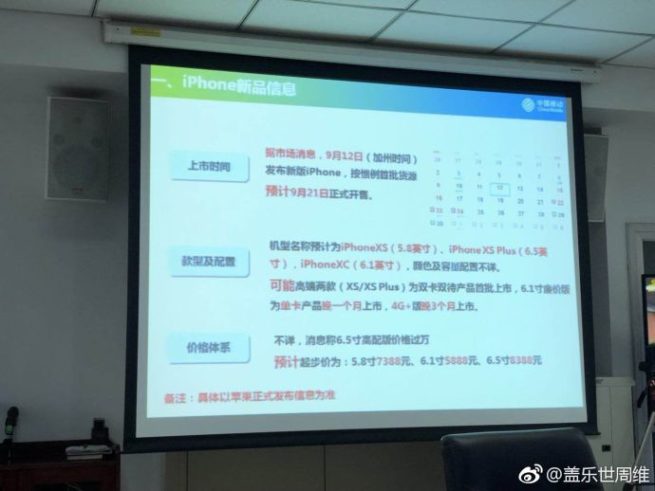 Given the 6.1-inch iPhone is launching in several color options, C suffix would be sensible. Apple’s naming is never guaranteed to follow logic though.

The slide also says that the iPhone XS series is specced for dual-SIM variants, although it seems those SKUs would launch later than the expected September 21 initial release date.

This image also represents yet another entry into the iPhone price raffle. It lists iPhone XC as 5888 Chinese yuan, iPhone XS at 7388 yuan and iPhone XS Plus at 8388 yuan.

Chinese prices include 17% sales tax. The current 5.8-inch iPhone X is sold at 8316 yuan, for comparison. Using these rates, this leak would expect iPhone XC pricing to start at around $700 — this lines up with recent reports of a $699 starting price, directly replacing the iPhone 8 in the current lineup. The new 5.8-inch iPhone XS would be around $900, and iPhone XS Plus (if it is called that) would be circa $1000.

This would be the prices for the base models with 64 GB storage. The XC will be offered in 64 GB or 256 GB configurations, and the XS models will go up to 512 GB according to latest reports. Presumably, the dual-SIM variants would come with an additional cost premium.