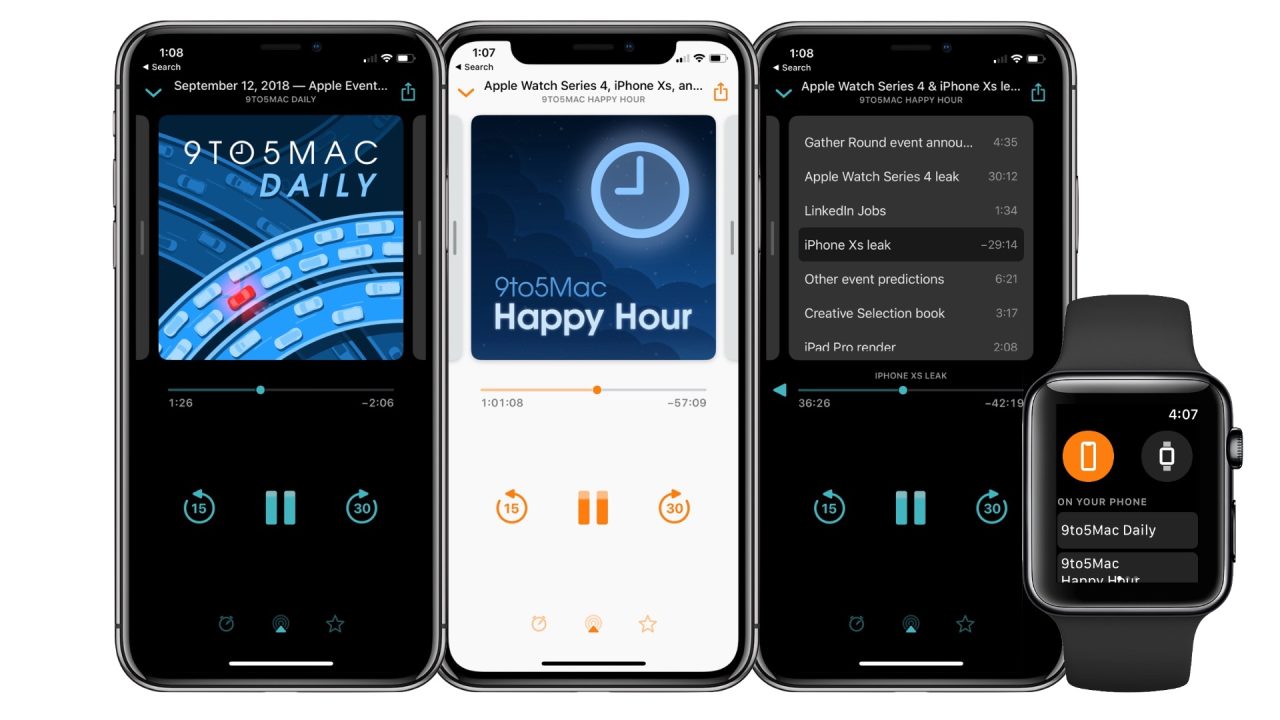 Overcast 5.0 is a major update to the podcast player for iPhone and iPad — and now Apple Watch. The Overcast update for iOS 12 and watchOS 5 includes a cleaner Now Playing screen, support for Siri Shortcuts, the return of the standalone Apple Watch app which is now greatly improved, and more.

The new Now Playing interface has a clean and modern design that trades edge-to-edge square artwork for inset, rounded cover art that looks smoother on modern, rounded-cornered phones like iPhone X and newer.

Panels for controlling signature Overcast features like Voice Boost and Smart Speed and viewing episode details are still vertical swipes away from the podcast art, but preview indicators on either side are now used to suggest their location.

Now Playing also relocates and replaces a chunky progress indicator with a cleaner version, and podcast episodes can be shared directly from the new Now Playing screen with the action button on the top right.

The redesigned layout also now includes one-tap access to the sleep timer for ending playback from a podcast episode, and episodes can be recommended within Overcast from the star icon next to the AirPlay controller. 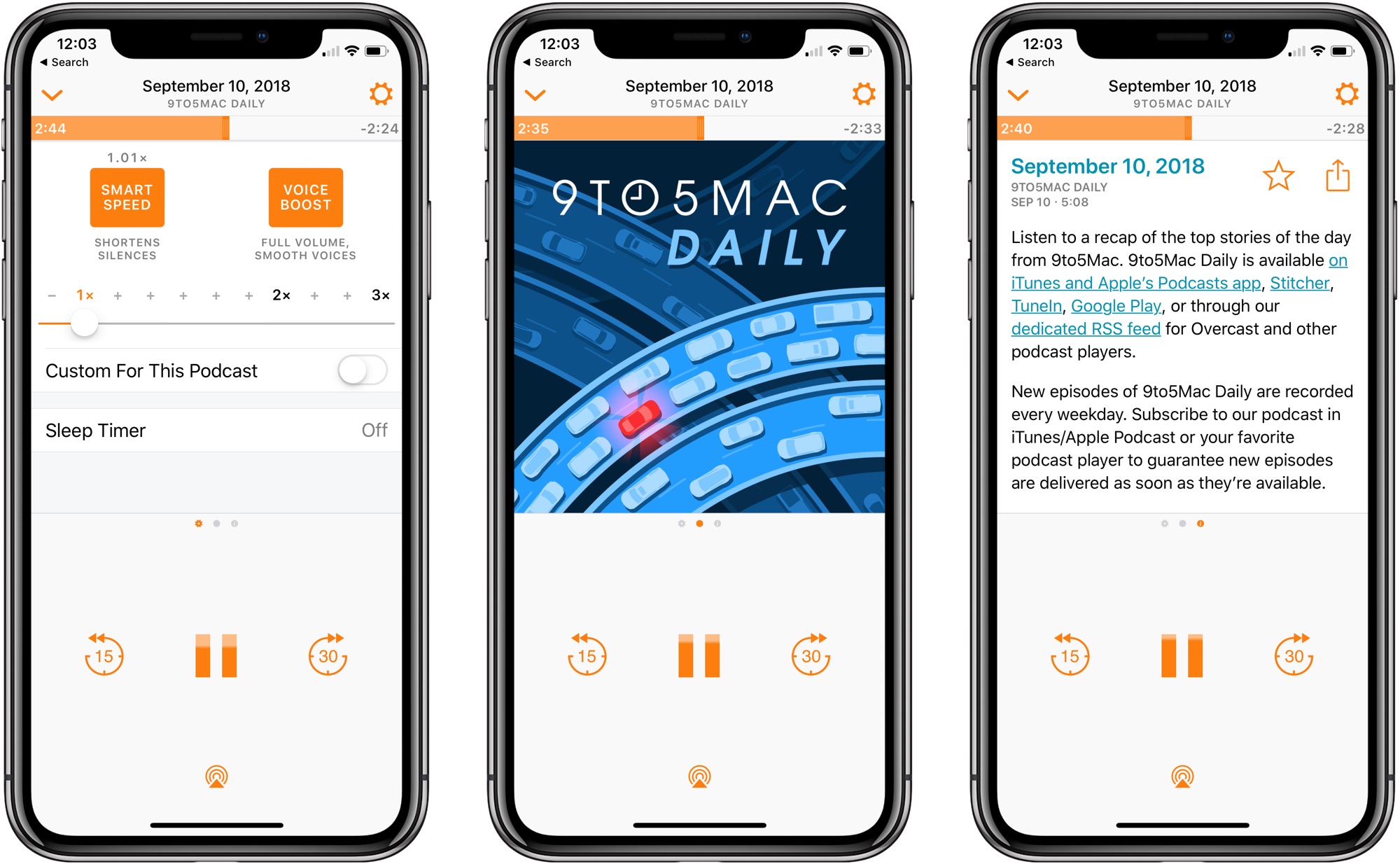 Overcast is also making it easier for podcast listeners to support shows that rely on Patreon or other payment models for revenue. When podcast hosts include a standard HTML tag in show notes (learn more here), a new Payment button denoted by a dollar sign appears.

If a Payment button is visible, this replaces the recommendation button (which can still be found when you expand an episode) on the Now Playing screen. Text using this HTML tag in show notes is also denoted by green rather than blue. 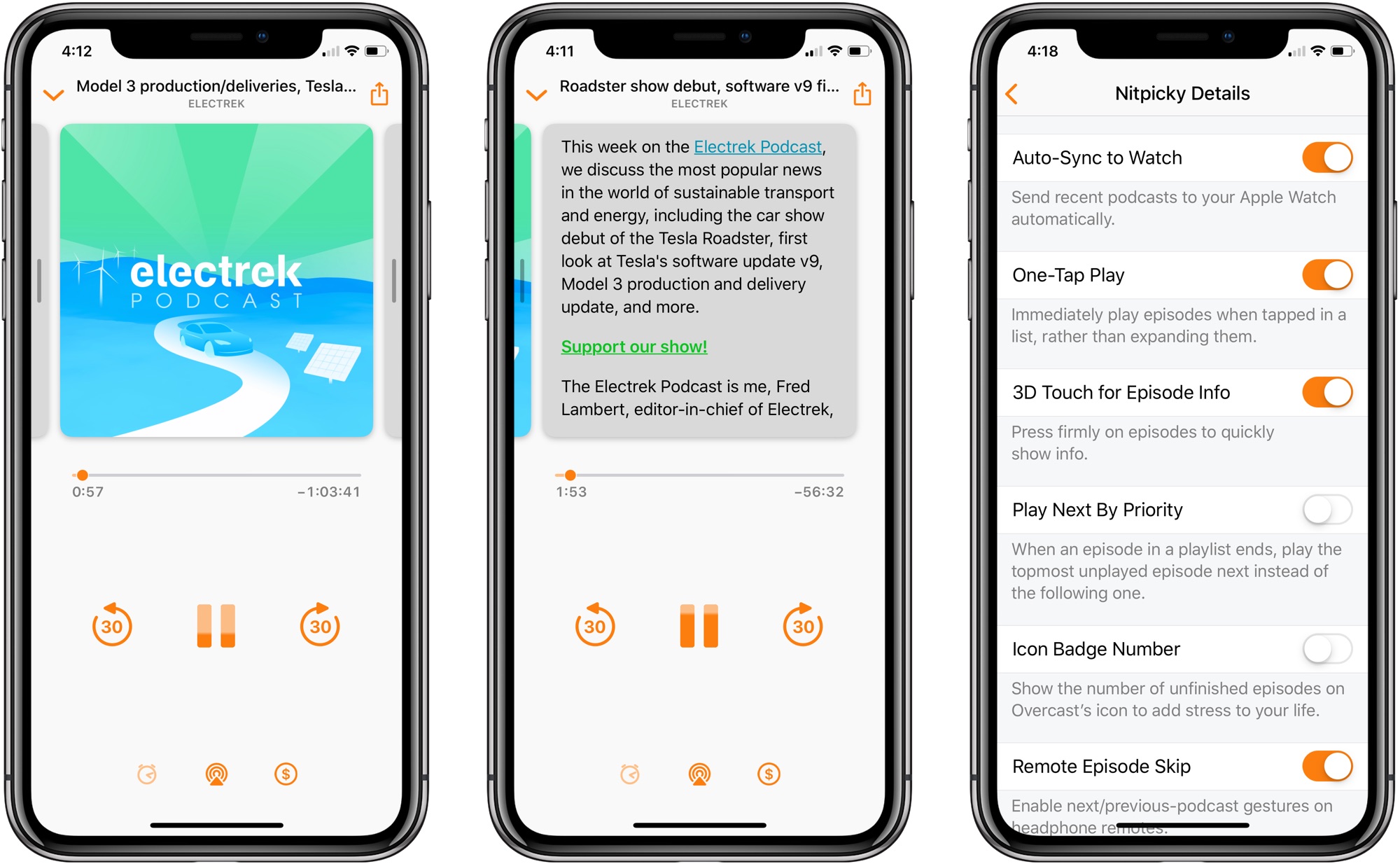 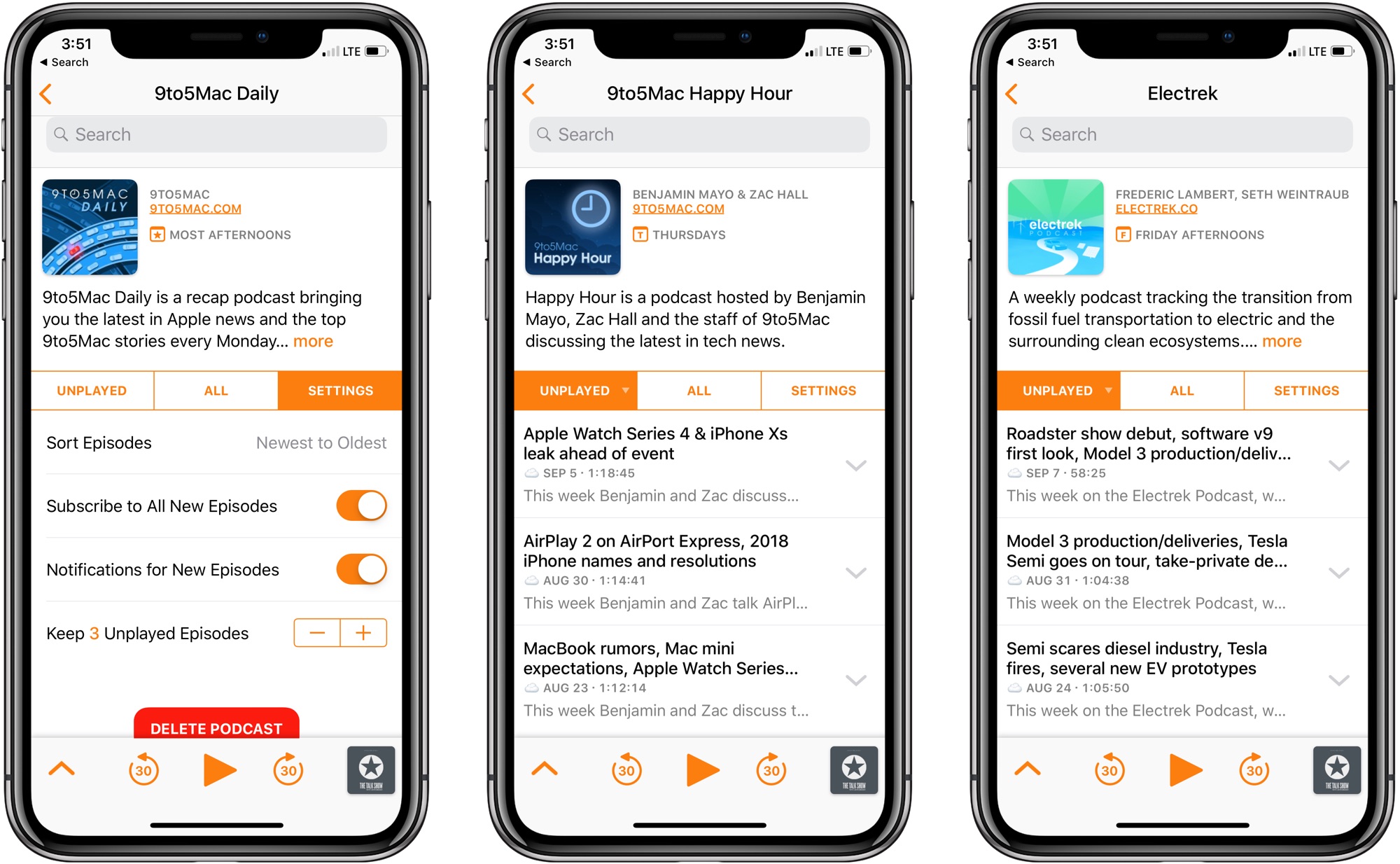 Overcast for iPhone and iPad also now supports searching your own podcast catalog for specific episodes or shows — a welcome feature for a lot of Overcast users.

Overcast 5 requires iOS 12 to run, and Siri Shortcuts support is where users will benefit. Overcast “donates” loads of actions to Siri Shortcuts. These include controls, playlists, and podcasts so you can build custom workflows with other apps using a custom Siri command in the Shortcuts app. These Overcast actions also appear in the Shortcuts app when building a new workflow through search and apps.

There’s no streaming support for third-party podcast apps, but the Overcast app for Apple Watch is greatly improved by watchOS 5 features like volume control using the Digital Crown — this works whether you’re in iPhone remote playback mode or native Apple Watch playback mode. No more relying on the Now Playing app when you want to control podcast playback volume.