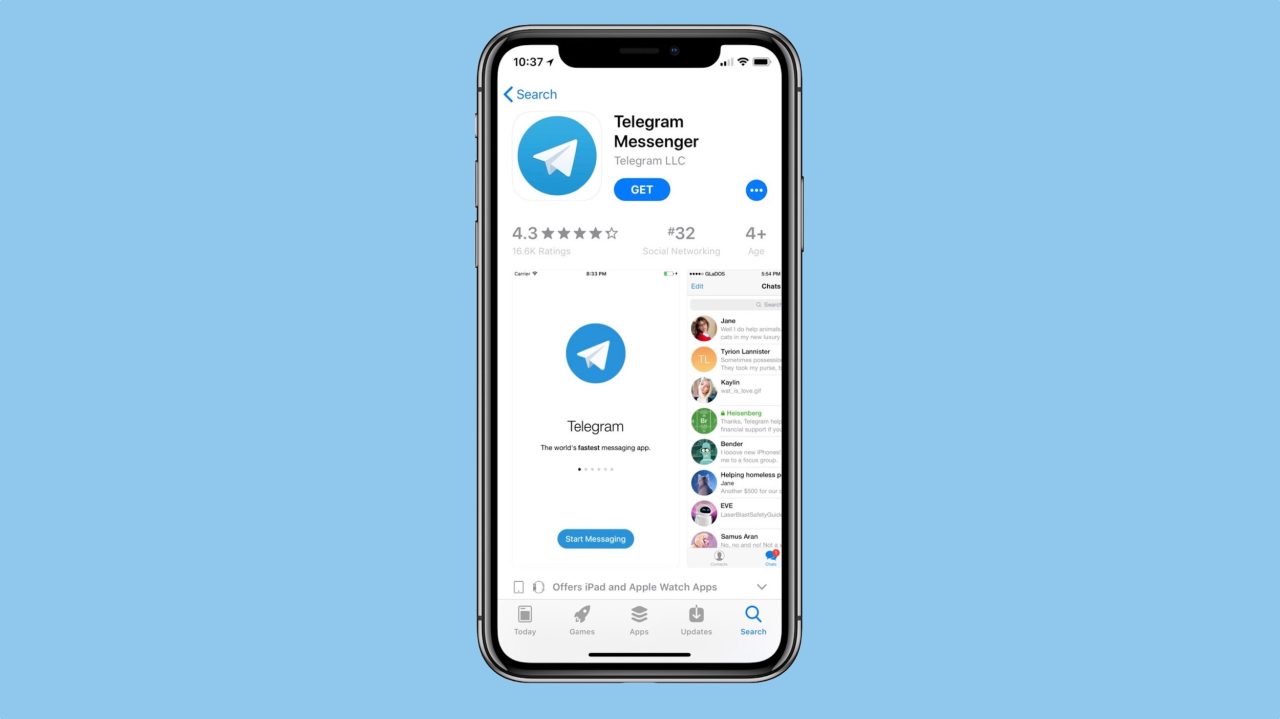 Back in January, Telegram released its new ‘Telegram X’ application for iOS, which it has offered in conjunction with the standard Telegram Messenger app. The difference between the two is that Telegram X is built entirely with Apple’s Swift language. Today, however, Telegram founder Pavel Durov announced that Telegram is transitioning entirely to its Swift-built application.

Durov says that the Swift-built version of Telegram looks exactly the same as the Objective C version, but is much faster and more battery-friendly.

Durov made the announcement on Telegram, saying that over the next week or two, it will update the standard Telegram Messenger app on the App Store to become the Swift-built version.

This new Telegram has been available for everyone to download under the name “Telegram X” since January. Thousands of users have been testing it and sharing their feedback with us, so thanks to them the app is now much more polished than a few months ago. While we are still putting some finishing touches on it, it seems that the new Telegram is ready to be shipped to every Telegram user on iOS.

That’s why within the next week or two we are planning to update the default Telegram iOS App with the Swift version. As a result, Telegram will become faster, slicker and more efficient. Since it will rely on an entirely new codebase, some minor bugs and glitches might occur, but we’ll make sure they are quickly – or should I say “swiftly” – fixed.

The standard Telegram Messenger application is available on the App Store. If you want to get a preview of what the Swift version is like, you can download the Telegram X application for free from the App Store, as well.