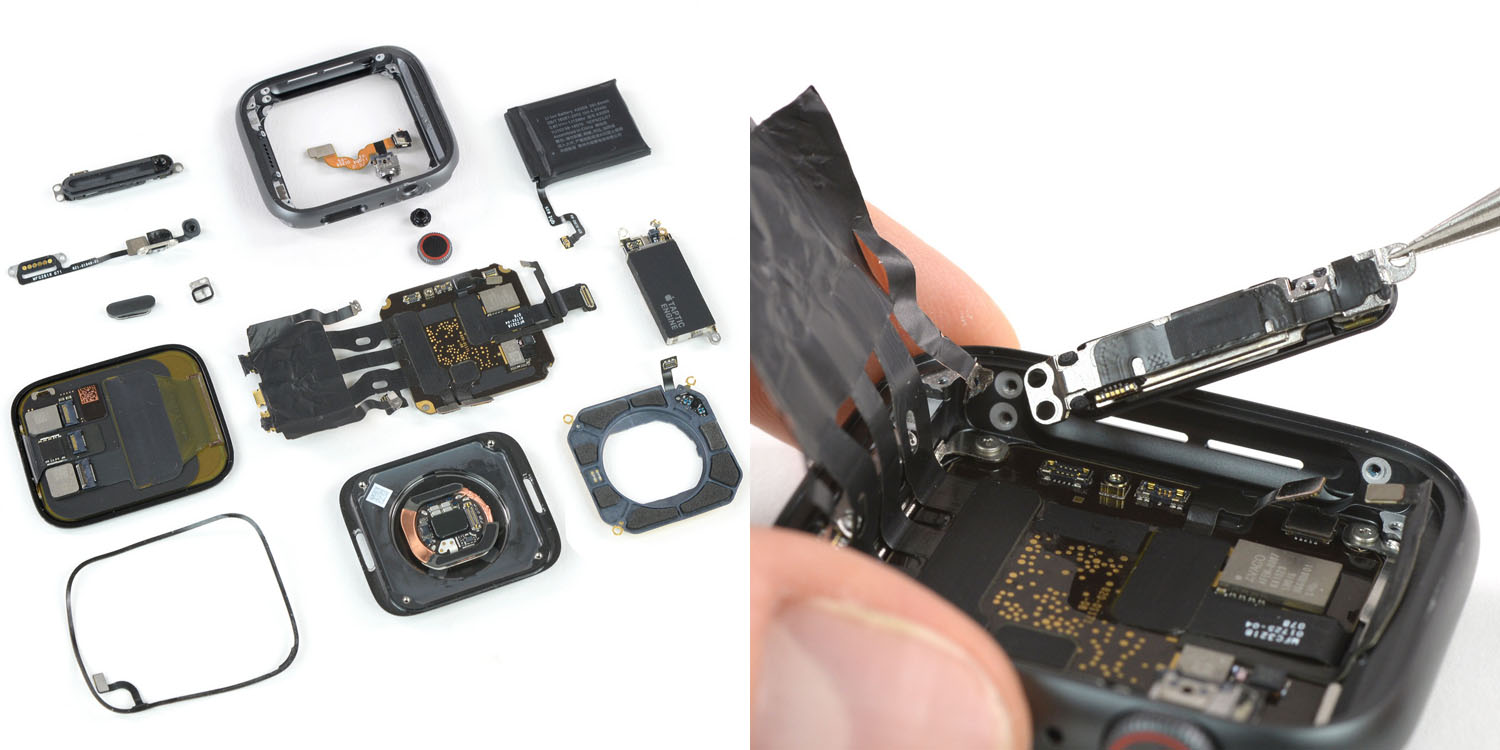 Following its teardown of the iPhone XS and XS Max, iFixit has now taken its blades and tri-point screwdrivers to the Apple Watch Series 4 – and was impressed by what it found.

The company said that the internals reveal a major design leap, living up to Steve Jobs’ oft-told story about painting the back of the fence even though no-one will ever see it …

Apple has put some serious thought into the Series 4, serving up a new case, new buttons, new display, and new features. And where the first watch’s internals seemed awkwardly placed and unpolished by Apple standards, for the Series 4 they really painted the back of the fence. Our teardown uncovered a streamlined antenna system, a display that’s both bigger and thinner, and a new ECG conductive digital crown. Pundit John Gruber rightly likened this new watch to the leap in design brought by the iPhone 4, but we’d go so far as to call it an iPhone 5: A device that knows its priorities, and wants to look elegant inside and out.

There was more good news when it came to repairability.

The Series 4 is also nearing iPhone levels of repairability, with a sticky screen being the primary remaining obstacle (once you’re actually inside, the battery is straightforward to replace). All told, the Series 4 earned a solid 6 out of 10 on our repairability scale.

The slimmer case didn’t require Apple to make any compromises on the battery – indeed, says iFixit, there’s a modest 4% boost in battery capacity to 1.113Wh.

Other notable findings – the Taptic Engine which provides haptic feedback, now needed on the Digital Crown as well as screen, is thinner but longer. Also, Apple seems to have managed to hide the barometic sensor inside the speaker grille, making for a neater installation.

Check out the full teardown here.