Hands-on: Is a 60W charger good enough for all MacBook Pro models? 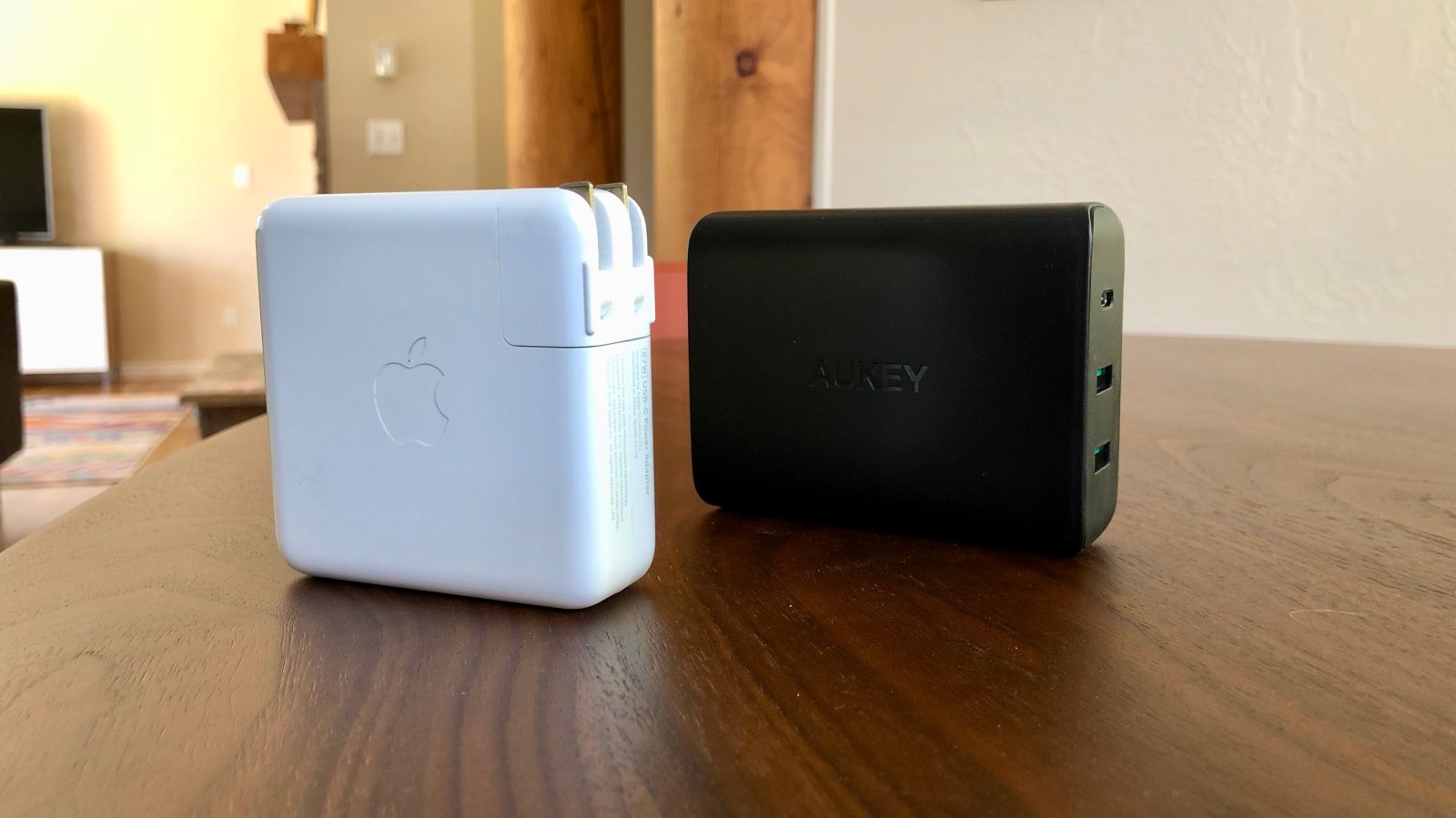 Apple includes three different USB-C chargers depending on the MacBook model you have. While the 61W charger is powerful enough to juice up all of Apple’s notebooks at full speed except for the 15-inch MacBook, is it still the best choice when replacing or picking up a second charger for any MacBook? Follow along for our hands-on test.

Apple’s 87W USB-C charger will juice up all MacBook and MacBook Pro models at full speed. But notably, it’s the device that determines the amount of power to draw, with the number on the charger itself just representing the maximum output. That’s why it’s safe to use Apple’s 30W, 61W, or 87W USB-C charger to fast charge iPhone and iPad.

I thought it would interesting to see how a more affordable and versatile option like Aukey’s $50 USB-C 60W charger & dual port USB ($38 with exclusive deal below) stacks up against Apple’s 87W charger that’s priced at $80. Even if just as a backup charger, could it be the best option for any MacBook?

Because charging times aren’t as important when you’re not using your MacBook, all tests were done during normal work days here at 9to5Mac on my 2016 15-inch MacBook Pro running macOS High Sierra. That includes eleven open apps, Safari with 4-6 tabs open at a time, TweetDeck with streaming on, and brightness set to 75%.

I used Satechi’s USB-C Power Meter to measure output and started the clock with the battery at 10% for all tests. This power meter is limited to measuring up to 65W, but it was only used to spot check output. As shown below, in my testing, even the 87W Apple charger and original Apple USB-C cable didn’t output over 60W.

The results below are the average of two tests for both the Aukey 60W charger and Apple 87W charger. 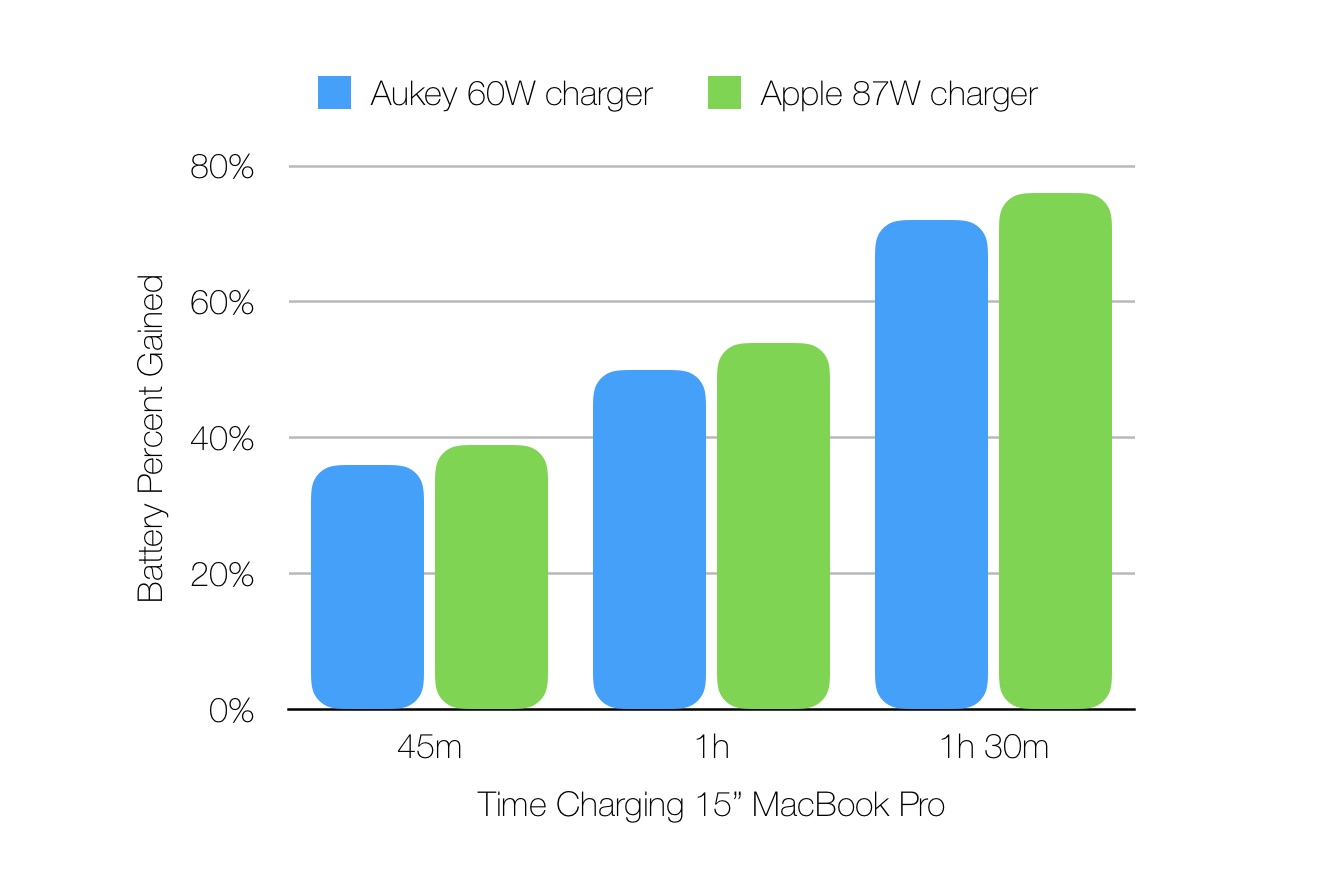 When plugging in with battery at 10% here’s a look at the power output of the two chargers: 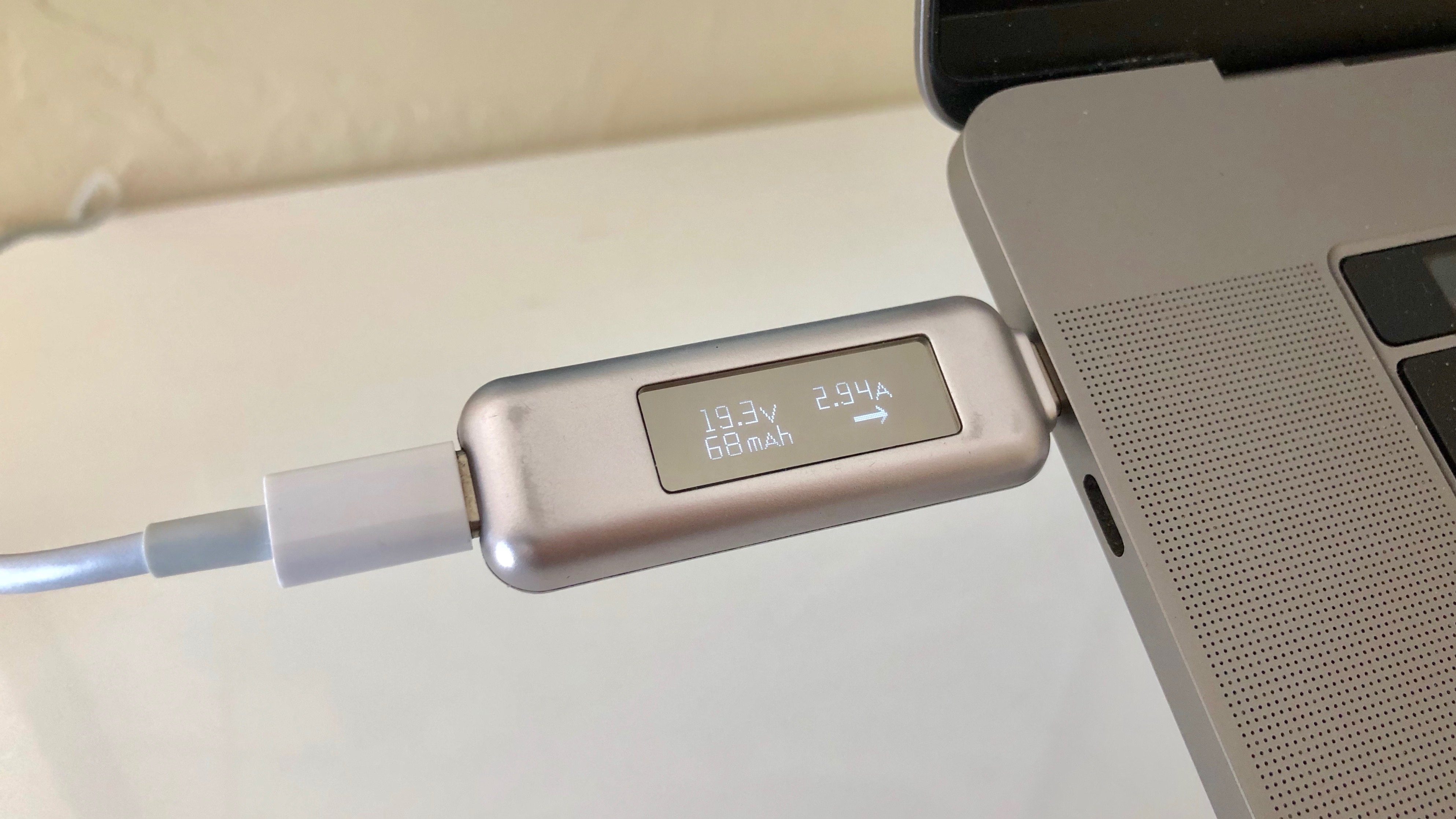 In my testing, Apple’s 87W charger put out around 57W. Of course this number isn’t static, but it was interesting to see my 15-inch MacBook Pro requesting less than 60W while in use. 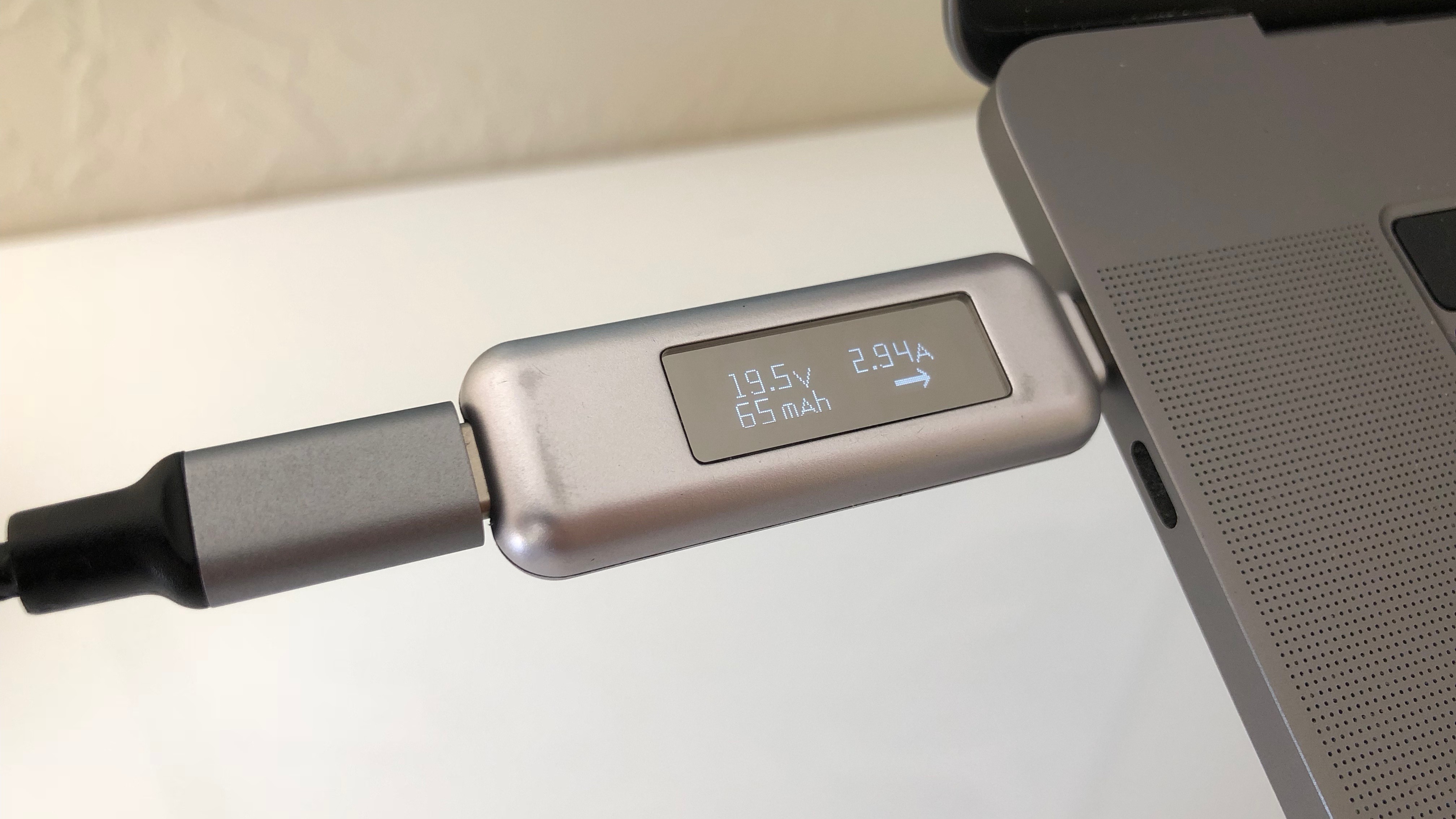 The Aukey 60W charger put out around the same 57W, for the most part keeping up with the 87W power adapter. But of course, after an hour and a half the 87W charger offered 4% more battery, meaning the average output was a bit higher than the 60W charger, but was still lower than I expected.

Both the 60W and 87W chargers were outputting around 40W of juice after 90 minutes.

As with results from tests like this go, your mileage may vary. I’m by no means a power user, but my MacBook still handles a decent workload. For those regularly working with 4K video, doing 3D modeling and rendering, crunching big data sets, or other similar intense tasks, the 87W charger should offer greater output with the 15-inch MacBook Pro models than shown in my testing, and be the best fit.

For 12-inch MacBook or 13-inch MacBook Pro users, I think Aukey’s 60W USB-C charger & dual port USB is a great alternative to Apple’s charger, whether that’s as a replacement or as a backup option. For 15-inch MacBook Pro owners, if you’re not a power-user, it’s also likely a solid choice.

In addition to being $20 less than Apple’s 61W option and $30 less than the 87W charger, you also get another 12W of output from two standard USB ports with this $50 Aukey charger ($38 through this weekend).

I also love that Aukey offers a braided space gray USB-C power cable at $10 that matches my MacBook Pro. Another benefit of this setup is with the included 4-foot figure-eight power cord paired with a USB-C cable, you get just over 10-feet of length.

Running through this weekend, we’ve got an exclusive almost 25% off deal for 9to5Mac readers with code “AUKEYD72” which will bring down the price to a super reasonable $38.