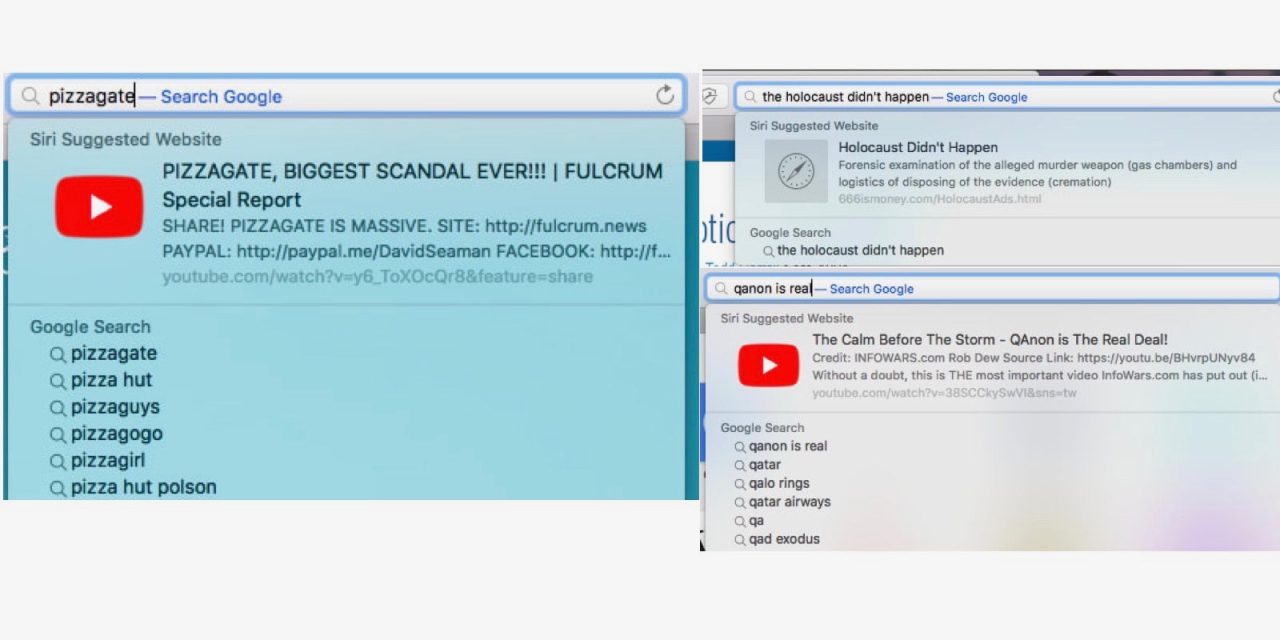 A new report from BuzzFeed News highlights how the “Siri Suggested Websites” feature in Safari can surface “debunked conspiracies, shock videos, and false information.” Essentially, when users would type things such as “QAnon” or “Pizzagate” into the Safari search bar, the browser would suggest related “low-quality information.”

The Siri Suggested Websites feature in Safari surfaces content from websites such as YouTube and Wikipedia based on the search term being typed into the search bar.

For instance, up until yesterday if you typed “Pizzagate” into the address bar in Safari, the Siri Suggested Website would be a YouTube video from conspiracy theorist David Seaman. While Safari presented the video as available to watch, it actually did not play because Seaman’s channel was removed by YouTube for terms of service violations.

In many instances, typing these same results in Google would surface fact-check articles and articles debunking the conspiracy theory in question.

BuzzFeed News says that it presented its findings to Apple, which then removed all of them. In a statement, Apple says that Siri Suggested Websites come from the web, though it does provide some filtering to remove inappropriate suggestions:

“Siri Suggested Websites come from content on the web and we provide curation to help avoid inappropriate sites. We also remove any inappropriate suggestions whenever we become aware of them, as we have with these. We will continue to work to provide high-quality results and users can email results they feel are inappropriate to applebot@apple.com.”

Back in July, Apple came under fire for allowing an app meant to keep users informed about the QAnon conspiracy theory in the App Store. Ultimately, the app was removed from the App Store, with Apple saying it violated its terms of service.