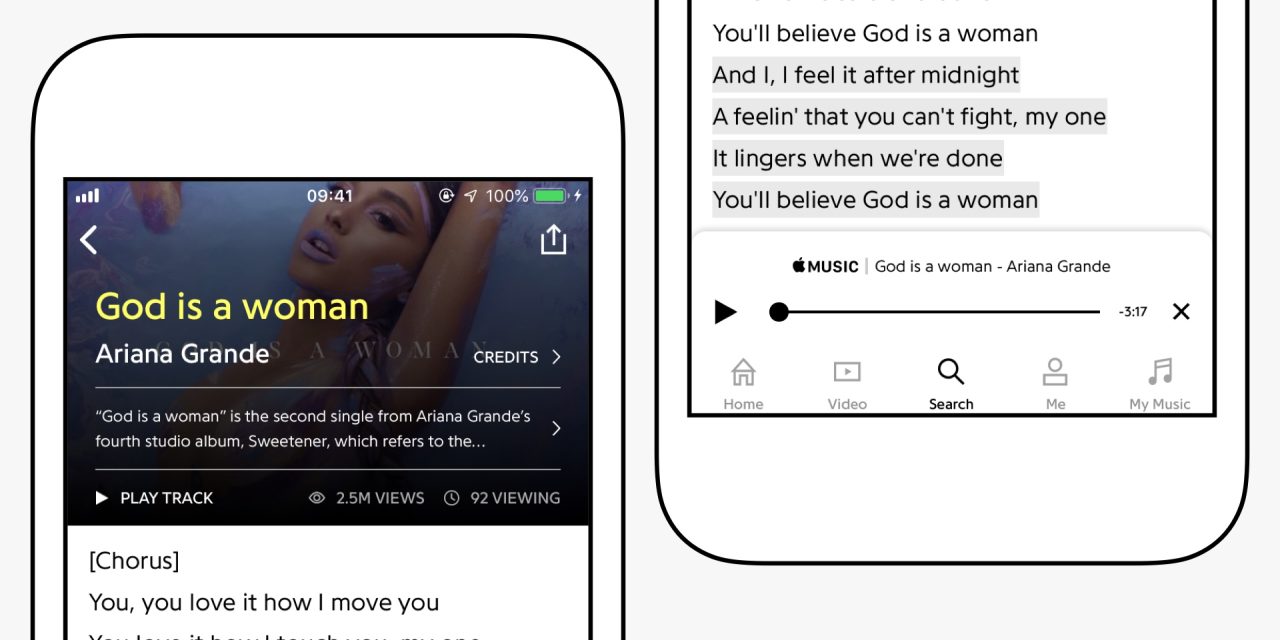 Apple and Genius today announced a partnership which sees Genius apps gain a new inline Apple Music player, and Apple gets a new data source for its lyrics database. Apple has offered lyrics as part of its Apple Music subscription service since iOS 10.

This announcement means Apple will now gather lyrics data from another source, expanding the quantity and accuracy of lyrics available on songs in the Apple Music library …

Genius says it will provide Apple Music with lyrics on ‘thousands’ of songs. Apple Music boasts a >50 million strong selection of tracks, but in reality 95% of customers will listen to the same collection of a few thousand popular songs.

Unlike Genius’ Spotify integration, Apple will not be integrating the Genius trivia information. It’s lyrics only.

Apple gets lyrics data from several different sources and does not advertise which data provider it is using for each song. Some lyrics are curated by Apple’s own human editorial teams. The Genius lyrics will be added to Apple Music in the same way, so you won’t start seeing Genius logos inside the app.

On the Genius side, the company is rolling out Apple Music embedded players inside its web experience and mobile apps. Similar to what Apple launched earlier this year for its own online preview pages, the player plays 30 second snippets of songs by default but users can log in with their Apple Music account to play full-length tracks from the mini player.