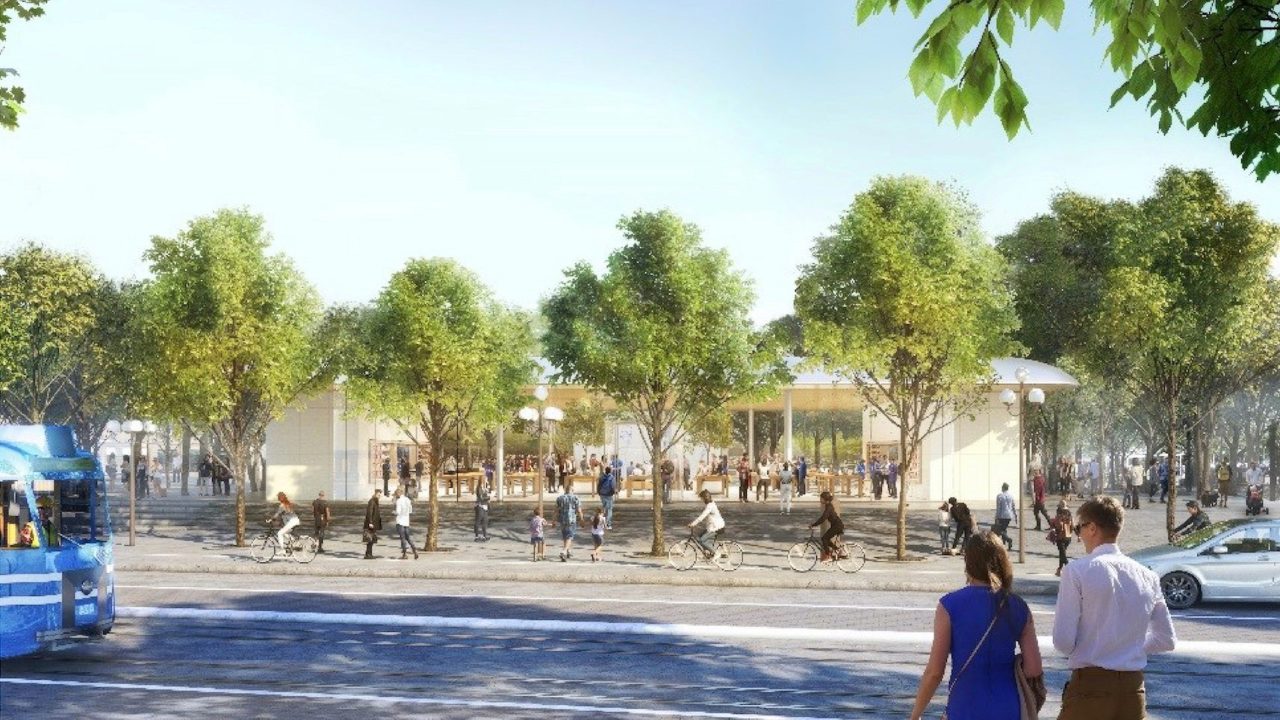 New cooperation between two Swedish political parties has put Apple’s plan to establish a significant retail store in the heart of Stockholm in serious jeopardy. During a press conference held Friday at Stockholm’s City Hall, leaders expressed their wishes to cancel Apple’s project.

Sweden’s September 9th election led to an agreement between Stockholm’s Green and Centre-Right Alliance Parties in which the two groups will jointly govern the Stockholm City Council. DN reports (via Breakit) that the new leadership will enact several sweeping policy changes, including a change in plans for Apple.

“The Apple House in Kungsträdgården will be stopped. They are welcome to settle in Stockholm, but not in Kungsträdgården,” Christian Democrats group leader Erik Slottner said. Sveriges Radio adds that Stockholm’s bid for the 2026 Olympics is also threatened, among other significant projects. It should be noted that the new City Council isn’t opposed to Apple’s presence in Stockholm entirely, just in Kungsträdgården. The historic public park has been defended by residents against continued commercialization, and a TGI Fridays restaurant currently occupies Apple’s proposed plot.

In July, public consultation began on Apple’s plans, designed with guidance from architecture firm Foster + Partners. The public process followed two years of back-and-forth tension between Apple and the city in which renderings were revised to scale back the scope of the store. Over the summer, more than 1,700 comments about Apple’s plans were submitted, with “almost all” of them expressing negativity. By September, it seemed unlikely that the store would be built.

Stockholm’s controversy has unfolded almost concurrently with disquiet in Melbourne, where citizens continue to protest Apple’s global flagship store proposed for Federation Square. The transformation of Apple stores into modern gathering spaces has been a significant challenge for the company, even as programs like Today at Apple flourish.