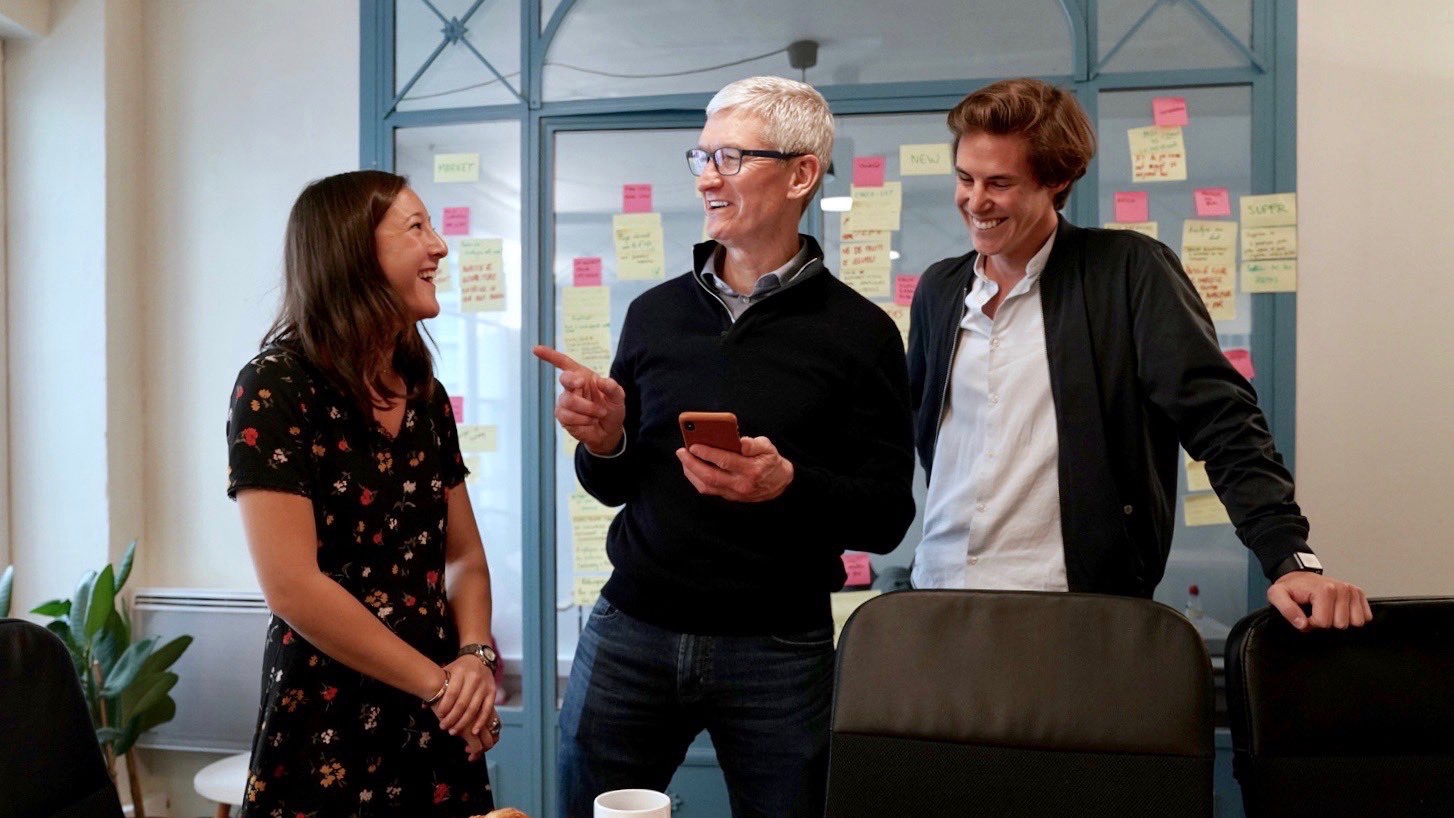 Tim Cook is in Europe this week as he prepares for his role as keynote speaker at a data protection conference in Brussels. While his speech at the event isn’t until Wednesday, October 24th, Cook has spent the past several days visiting with app developers and content creators in Berlin and Paris.

Cook’s week in Europe began with a visit to Berlin. As he documented on Twitter, the Apple CEO met with developers of the augmented reality app mauAR. This app is designed to let iPhone users recreate the Berlin wall with augmented reality. While mauAR isn’t yet on the App Store, Cook touted it as a “new way to learn from the past” and said Apple looks forward to it launching on iOS:

Cook continued his travels through Germany with a visit to Asana Rebel, another augmented reality application which focuses on yoga and wellbeing. “We’re thrilled when entrepreneurs like you use the App Store to turn their passion into a thriving global business,” Cook tweeted about his visit with Asana Rebel.

After wrapping up in Germany, Cook headed to Paris, where he met with director Claude Lelouch. In a tweet, Cook revealed that Lelouch’s next film will be shot entirely on iPhone. Cook says the director told him that he’s “never been happier” than while shooting with the iPhone.

Next up was a quick stop at the offices of Foodvisor – a calorie counting application that uses artificial intelligence to make the food logging process less tedious. The last stop by Tim Cook – at least that he’s shared on Twitter – was to L’atelier des artistes en exil, which is an association of artists in exile in Paris.

As we highlighted earlier this month, Cook is slated to be the keynote speaker at the 2018 International Conference of Data Protection and Privacy Commissioners in Brussels. Cook’s keynote is slated for Wednesday, October 24th, and he’s expected to touch on consumer privacy, data ethics, and more.

Here are all of the tweets from Tim Cook documenting his European travels thus far:

Schön, wieder einmal in Berlin zu sein! Thank you @peterkolski and the mauAR team for bringing the Berlin Wall’s history to life through augmented reality — a new way to learn from the past. We are looking forward to seeing your app on the App Store! pic.twitter.com/NhwGUUgG2O

Here’s to the rebels! Thanks for the visit, @AsanaRebel, and for sharing your enthusiasm for yoga and wellbeing. 🧘‍♂️ We’re thrilled when entrepreneurs like you use the App Store to turn their passion into a thriving global business. pic.twitter.com/G4FOR3HtNK

Bonjour Paris! 🇫🇷 Honored to meet legendary director Claude Lelouch and hear about his upcoming film, which will be #shotoniphone. In 50 years of filmmaking, he says he’s “never been happier“ than when shooting with iPhone! pic.twitter.com/t5q8J8jOW6

Now here’s a good reason to snap that photo of your lunch! Had a blast at @foodvisor_app’s office in Paris, seeing how their artificial intelligence makes food tracking easy. 🍣 pic.twitter.com/i1NoM1OLM3

A profoundly moving visit to @aartistesenexil in Paris. Through their works of creativity and courage, these artists are shining a light on the hardships that so many face as refugees. “On ne voit bien qu'avec le cœur. L'essentiel est invisible pour les yeux.” pic.twitter.com/rKGz2rlFAX