The state of Apple in the enterprise in 2018 I am a few days removed from attending the annual Jamf Nation User Conference, and I’ve been pondering the entire three-day experience. I settled on this general question as I was sitting in the day one keynote: What is the state of Apple in the enterprise?

When I say enterprise, I mean everything from K–12, higher education, retail, healthcare, hospitality, etc. While this was a Jamf conference, it’s also a perfect indicator of where Apple is at in these industries. Jamf is an Apple-only mobile device management system, so it might as well be an Apple-sponsored conference (sort of like the Macworld Expo back when Apple announced products there).

I’ve criticized Apple over the past few months for its lack of an identity management system for companies to go all in on. My argument is/was that Google offers a cloud to software to hardware stack that Apple cannot manage. While I still think Apple is missing a lot of opportunity by not offering corporate identity solutions, its strategy is becoming more apparent to me now.

In between sessions, I would often strike up conversations with people and point blank ask them: “What concerns you about Apple in the next five years in your environment?” The answer was a constant: nothing. I know that is a likely answer in this context, but I think it’s important to look at the topics surrounding the week. 2018 Apple is very different than 2008 Apple. 2008 Apple was announcing Exchange support on iPhone 3G. 2018 Apple is used in mass at IBM, SAP, and can also support Azure Active Directory login in place of having a local login on macOS (see image below).

Apple’s enterprise strategy in 2018 is clear: They want to work with everyone and every system. Apple isn’t trying to do everything. It’s building a robust OS and reliable hardware that works well with other enterprise systems. As Microsoft becomes a stronger player in cloud services, they both need each other. Yes, Microsoft sells hardware, but it’s focus (and margins) are in Office 365, Office, Azure, etc. An Office 365 customer is paying Microsoft a per-user fee (instead of a per device). That means that the end-user can use an iPad, iPhone, and a Surface Pro with a seamless experience across One Drive, Word, Excel, PowerPoint, and the Files app on iOS. Do you know which company loses in this scenario: Google. They lose a potential G-Suite customer and a potential Chromebook customer. 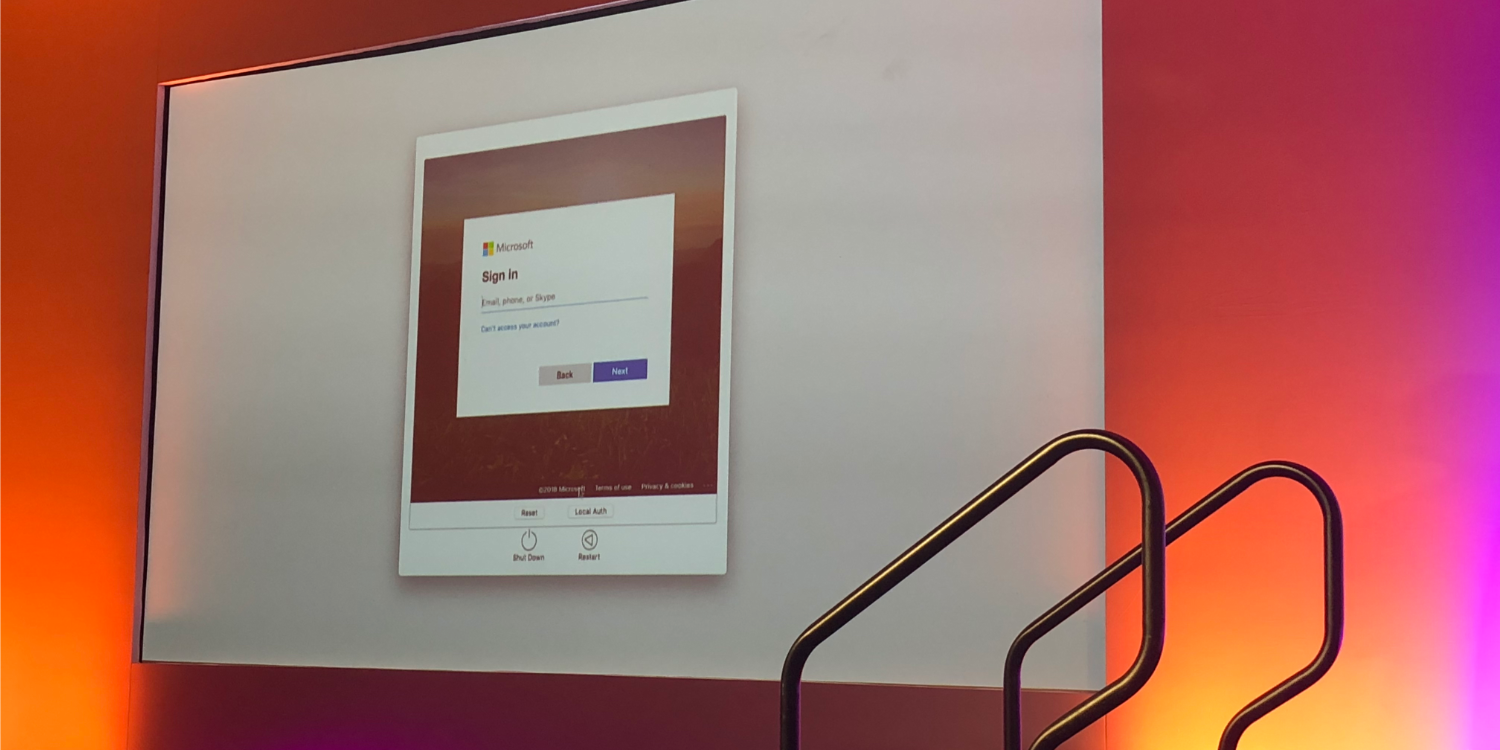 For IT professionals, they want their systems to work well together. Silo’d systems are a dirty word with IT departments. Companies need to whisper open API and Active Directory login to CIOs to get them listening. The same IT departments who were dragged into the Apple universe by the iPhone in 2007 are now promoting Apple has a best in class enterprise experience. Users are happy because they get the devices they want and CIOs are happy because the devices are durable, hold buy back value, and integrate well into enterprise environments.

Those same IT departments are used to open platforms. They have their existing systems, and they want products to work well with them. Until a product comes along that forces them to expand the product portfolio as the original iPhone did, IT departments will continue to use what works. In the enterprise, Apple has become a darling, and it’s a force to be reckoned with in 2018.

During the event, I heard from a hospital IS manager who gives every patient an iPad that controls the TV, window blinds, and lighting. I heard from a hotel IT manager that has deployed Apple TVs to every room and it has become the center of their guest entertainment experience (it’s auto wiped upon checkout). I talked with senior leaders from companies at SAP, Microsoft, and IBM and they all praised Apple’s commitment to making great hardware and secure software.

If you’d told me in 2008 that Apple, Microsoft, and IBM would all be partners in the enterprise a decade later, I wouldn’t have believed you. So what’s the state of Apple in the enterprise?