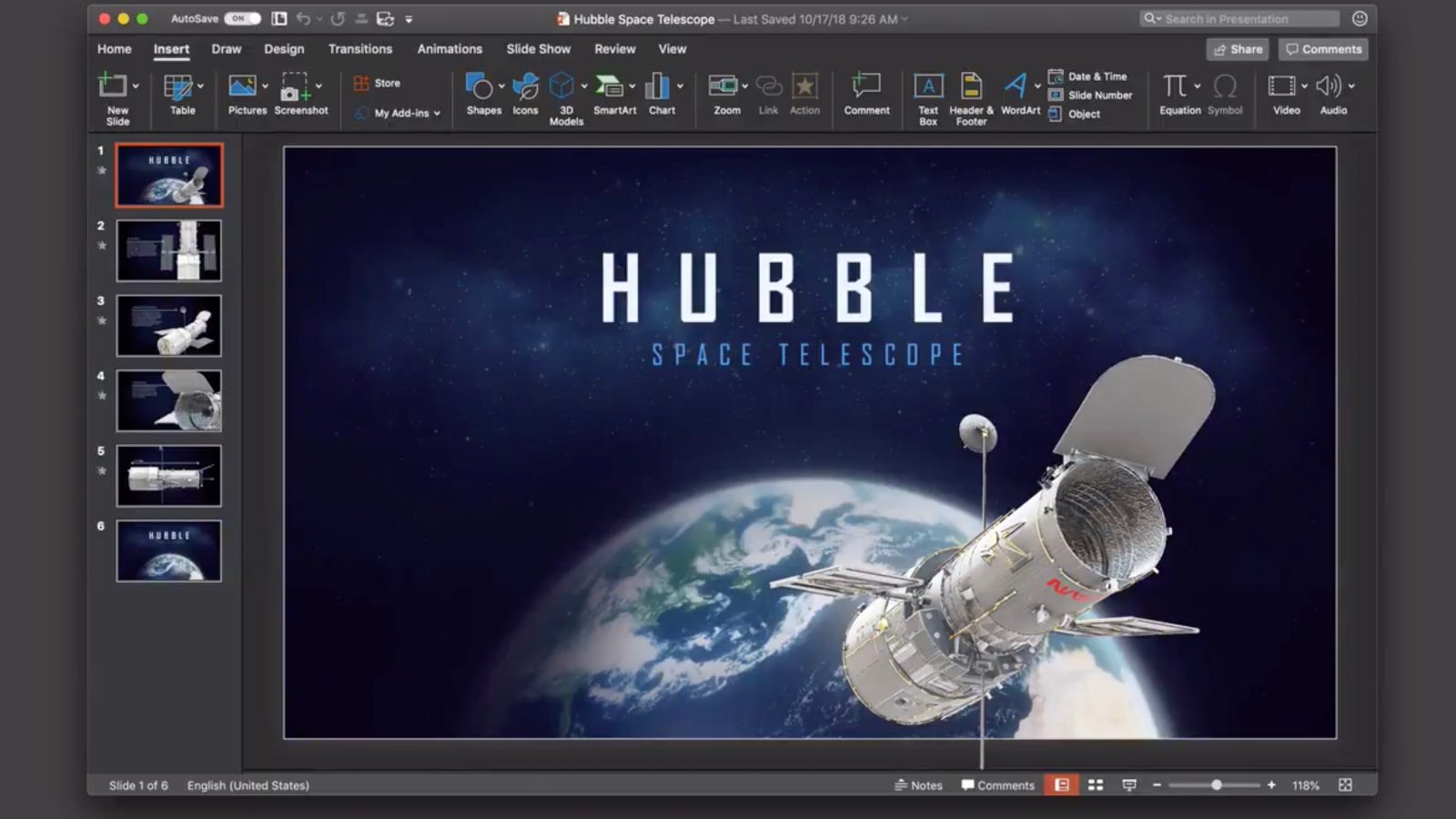 While Bakshi’s original tweet only offered a teaser showing Microsoft Word’s navigation pane switch to Dark Mode, we can now get a full look at Microsoft PowerPoint’s Dark Mode interface. As you can see in the above image, Microsoft Office Dark Mode will theme the entire application.

Unfortunately, it doesn’t seem that all of Microsoft’s Office applications will add Dark Mode support, at least at the start. Currently, Word, Excel and PowerPoint are the only ones being tested by the company, but that could change in the future.

Microsoft Office Dark Mode support will be a welcome update for users of the Microsoft suite of applications. Currently, Microsoft Office apps feature predominantly white interfaces, which makes them jarring when macOS is set to Dark Mode.

Microsoft Office Dark Mode is available now to Officer Insider beta testers, with a full release to follow. Earlier today, Microsoft Outlook for iOS was updated with optimization for the iPhone XS and iPhone XR.

What are some of your favorite Dark Mode applications on macOS Mojave? Let us know down in the comments!