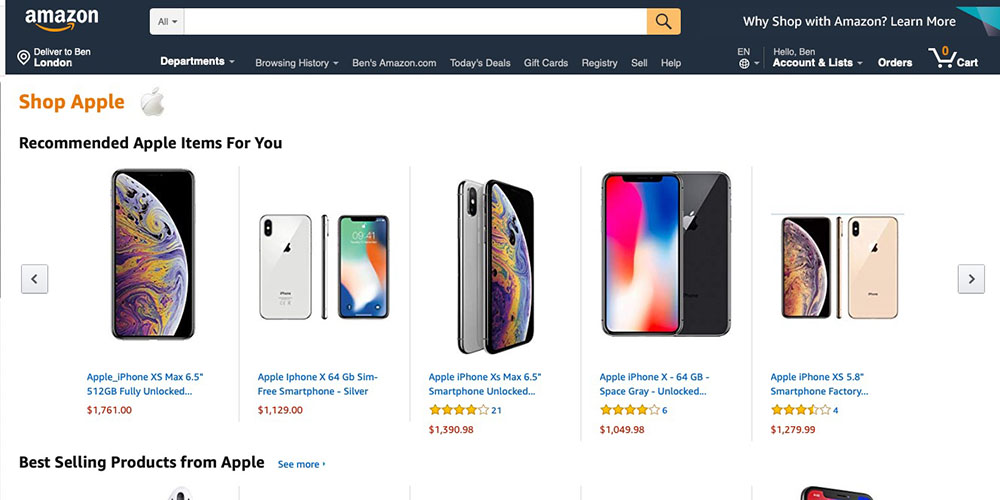 A deal struck between Apple and Amazon will hurt independent Apple resellers, and likely put many of them out of business, according to recent reports.

Most Apple products sold on Amazon are through third-party resellers. Although ‘Apple’ is shown as the company, the retailer is often a small, independent seller …

However, all that is set to change over the next few weeks, when Amazon itself becomes an official reseller for Apple products.

It’s not just that smaller retailers will now be competing with Amazon, but most of them will now be completely barred from selling Apple products. Part of the deal is that only authorized Apple resellers will be allowed to sell through Amazon from January 4, 2019.

About five years ago, Page Weil needed to make some extra cash to support his wife going to nursing school and help pay for costly surgery she needed. He turned to Amazon’s marketplace for help.

He started listing used electronics through the site, finding particular success selling used and refurbished Apple products, including discontinued keyboards and iMac desktops. In the past year, he sold roughly $300,000 worth of mostly Apple products on Amazon, for an after-tax profit of about $40,000.

“It was really a great thing for our family,” the 35-year-old consulting engineer from Colorado said, adding that the side business helped him pay off the medical bills, nursing school and existing student loans.

But that was then. Weil is now among a group of Apple sellers on Amazon who are about to see their business dry up […]

“I feel our business is not being treated fairly and there’s nothing we can do about it,” Weil said, “and that’s what’s really frustrating” […] after selling $500,000 in merchandise through the site in the past two years, paying the company $80,000 in fees over the past three years and maintaining a superb seller performance record throughout.

CNN recently reported that the deal ‘could be the final blow for many small online resale and repair shops.’ Amazon said only that it had notified affected Apple resellers.

What is bad news for sellers, however, is good news for customers. While Amazon ultimately underwrites sales made through its site by third-parties, the returns experience can be inconsistent. Buying direct from Amazon means customers can be sure they are buying genuine products with Amazon’s own after-sales support.