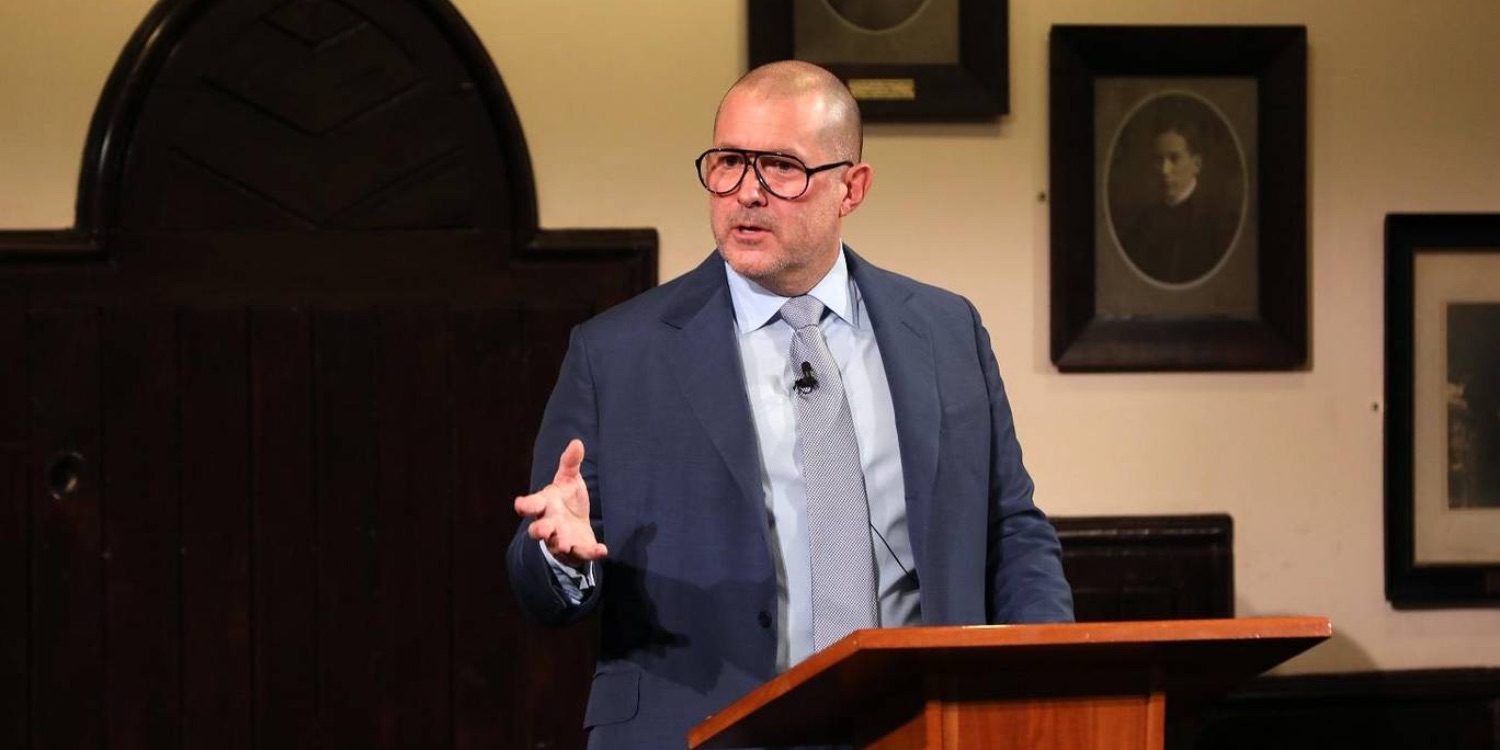 The Cambridge Union Society announced that Jony Ive had won its Stephen Hawking Fellowship award earlier this year. As part of the accolade, Ive recently delivered a lecture at Cambridge University’s Union hall. Ive shared a variety of interesting ideas, but one in particular was the absurdity and importance of switching back and forth between a creative mindset and a problem solving perspective.

Ive’s lecture is only the second to come from the Stephen Hawking Fellowship, with the inaugural speech being given by the late professor last year.

As reported by The Independent, Ive’s lecture was “intellectually rich but still accessible, dense with ideas and fascinating.” Further, he expressed a sense of humility as he talked about the value of curiosity.

Throughout, he was open and humble, repeatedly revealing the curiosity which is a central part of doing his work.

Ive shared an interesting perspective when talking about how we perceive problems related to technology.

As an aside, it’s interesting, isn’t it, when we struggle with technology, we assume the issue is actually with us. If you eat something that tastes dreadful, you don’t assume that the issue is with you. I just thought I’d mention that.

He mentioned that early on he was concerned about being “technologically inept,” but that idea faded away when he first used a Mac.

With the Mac, in 1988, I think I learned two things. Firstly, I could actually use it. I loved using it and it became a very powerful tool that helped me design and create. Secondly, and I think this is in some ways a rather embarrassing admission because this was at the end of four years of studying design, I realised that what you make represents who you are.

He shared more interesting thoughts on creativity and how he thinks about “the nature of ideas” and pays attention to the “most tentative thought.”

I think that, almost by definition, ideas are fragile. If they were resolved, if they were robust, they wouldn’t be ideas any more, they would be shipping products, a finished album, a completed building. I’m not really entirely sure why, but I think I’ve always taken an enormous delight when the most tentative thought, often from the quietest voice, evolves into significant and substantial products.

As he has shared on several recent occasions, Ive remains energized about creating at Apple.

I remain completely in awe, completely enchanted by the creative process. I love the unpredicability and the surprise. The whole process is fabulously terrifying and so uncertain. But I love that on Monday, there’s nothing. There is no idea, there is no conversation, the room is silent, there’s certainly not a drawing. Prototypes are way in the future. On Monday, there is nothing, but on Wednesday, there is. No matter how partial, how tentative. Now, the problem is: which Wednesday?

In one of the more fascinating moments of the lecture, Ive shared his ideas on the importance and dichotomy between curiosity and problem solving.

There is a fundamental conflict between two very different ways of thinking. It is the conflict between curiosity and the resolve and focus that is necessary to solve problems. Curiosity, while it fuels and motivates, despite being utterly fundamental to the generation of ideas, in isolation just culminates in lots of long lists, perhaps some ideas, but alone that’s sort of where it ends.

He believes that while using both perspectives is important, going back and forth between curiosity and resolve leans towards “the utterly absurd.”

The necessary resolve to find solutions to the problems that stand between a tentative thought and something substantial, that resolve and that focus very often seems in direct conflict with most creative behaviour. Honestly, I can’t think of two ways of working, two different ways of being, that are more polar. On one hand to be constantly questioning, loving surprises, consumed with curiosity and yet on the other hand having to be utterly driven and completely focused to solve apparently insurmountable problems, even if those solutions are without precedent or reference. And so, of course, this is where it becomes sort of ironic and teeters towards the utterly absurd.

Diving deeper on the idea, he says that he finds himself moving back and forth between these modes on a daily basis.

You see, in the mode of being unreasonable and resolute, you have to solve hard problems. But solving those problems requires new ideas. And so, we’re back to needing ideas and back to having to be open and curious. This is not a shift that occurs once or twice in a multi-year project. I find it happens to me once or twice a day and that frequency of shifting between two such different ways of seeing and thinking is fantastically demanding.

Jony Ive discusses the importance and absurdity between leveraging ‘curiosity’ and the focus to ‘solve problems’ ended his lecture with this quote from Steve Jobs:

There’s lots of ways to be as a person. People express their deep appreciation in different ways. But one of the ways that I believe people express their appreciation to the rest of humanity is to make something wonderful and put it out there. And you never meet the people, you never shake their hands. You never hear their story or tell yours but somehow, in the act of making something with a great deal of care and love, something is transmitted there. And it’s a way of expressing to the rest of our species our deep appreciation.

Check out the full article on Jony Ive’s lecture here.