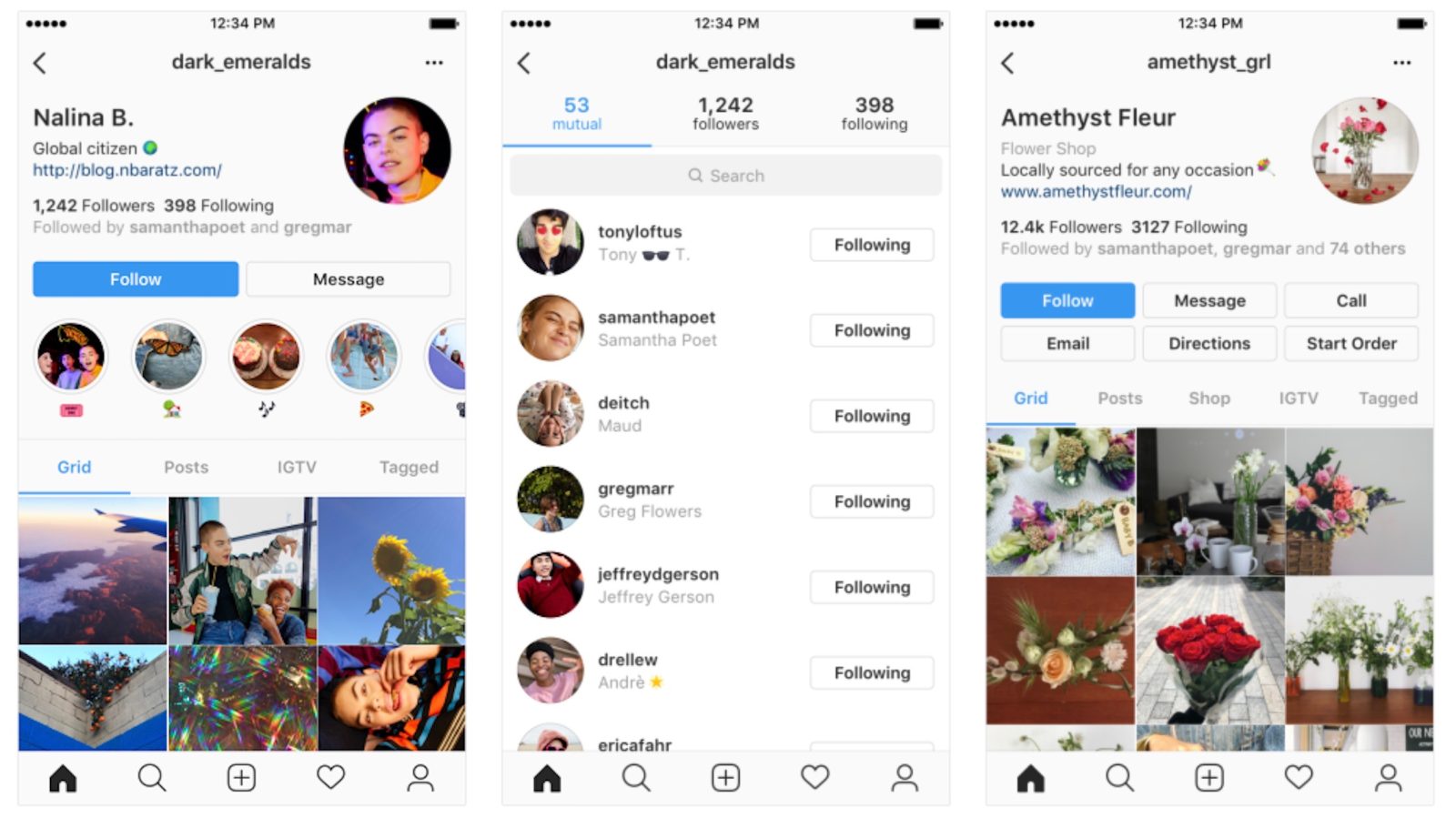 In a post on its press site today, Instagram announced a redesigned profile interface. The company touts that the new design makes it easier to “connect with the people you care about on your profile” and “express yourself.”

The redesigned profile interface not only applies to your view of your own profile, but also to that of other users on Instagram. The new interface is tabbed, meaning there are tabs for “Grid,” “Posts,” “Shop,” “IGTV,” and “Tagged.”

Along the top of the new interface, bios, follower counts, and other details now wrap around the profile picture, as seen in the above screenshot. Here’s how Instagram describes the update:

Your profile is where you share who you are on Instagram, so starting today we’re testing ways you can better express yourself and more easily connect with the people you care about on your profile.

Over the next several weeks, you may see features re-arranged at the top of your profile including changes to icons, buttons and the way you navigate between tabs, which we hope will make profiles easier and cleaner to use. The photos and videos you’ve shared on your grid won’t change.

The redesigned profile interface will rollout to users “over the next several weeks,” but Instagram notes that changes will be tested and rolled out in “phases and different combinations.” This means you might see a gradual change to the profile interface on your device. The company also says that the interface may evolve and change throughout the rollout.

Instagram’s announcement comes after Twitter announced it was also redesigning profiles in its iOS app. Twitter said, however, that it was attempting to de-emphasize follower counts, while Instagram’s redesigned profile still puts follower counts front and center.

What do you think of Instagram’s new profile interface? Let us know down in the comments.