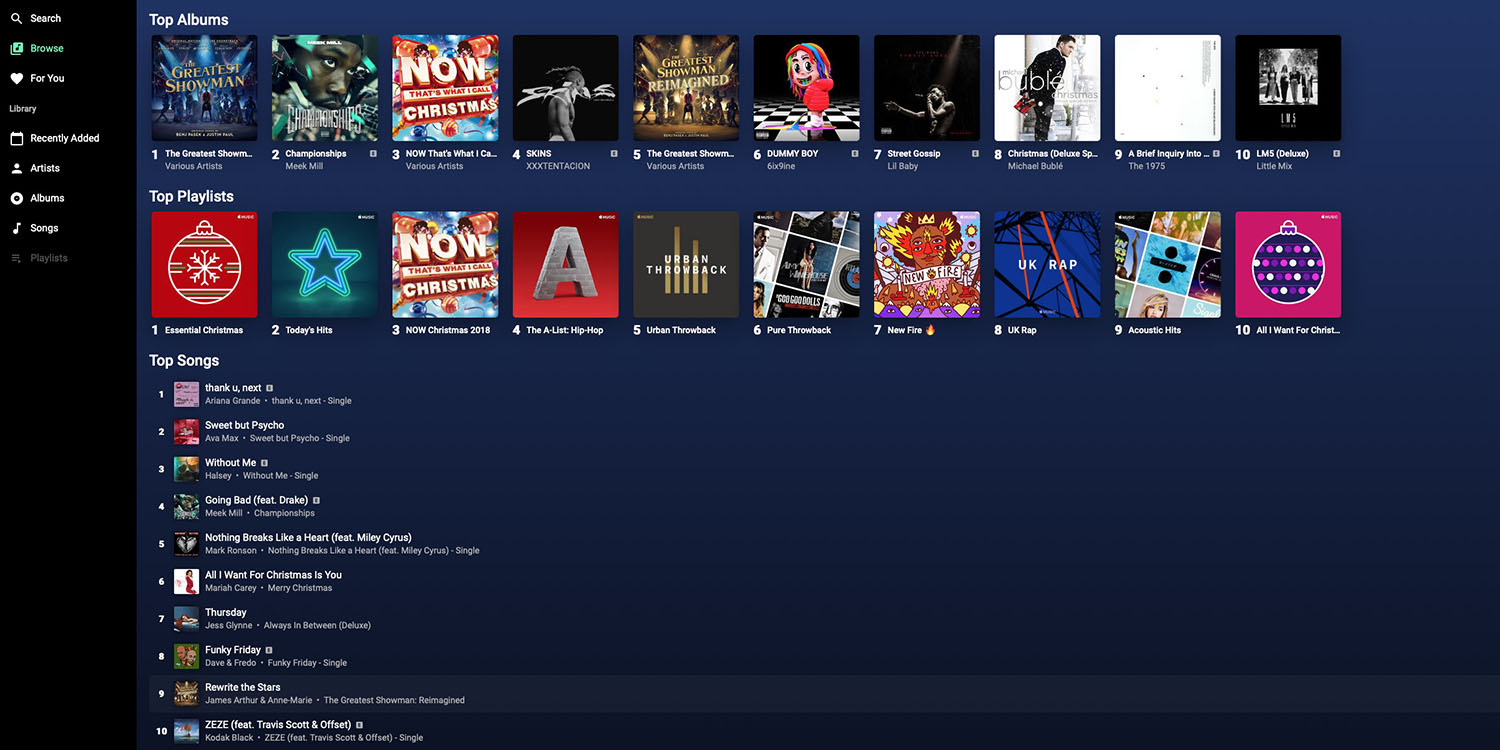 One big difference between Apple Music and Spotify is that the Cupertino company doesn’t allow full web access to your account. That’s a problem which now has a solution in the form of an unofficial Apple Music web player …

There are a number of reasons you might want to do this, from playing music at work on locked-down corporate machines and networks, to doing the same on a Linux machine.

Developer Naveed Gol has created a website at playapplemusic.com which allows you to login and then get access to all your albums, playlists and For You recommendations – and it’s pretty slick!

Access is provided though use of MusicKit JS. It’s Apple’s API which handles authorization of your account, so you’re not handing over your Apple ID credentials to an unknown site – all the site receives is a valid token. If you have 2FA enabled (as you should), you’ll get an authorization code from Apple as usual.

Once logged-in, your personalised mixes and recommended playlists are available from the For You menu item.

The site has a clean and simple user interface, and looks equally good on mobile devices. Amusingly, it has something of a Google look through the use of Angular Material, which was inspired by Google’s Material Design guidelines.

You can’t yet add songs or albums to your library through the interface, but that functionality is supported by MusicKit, and the developer has promised to add the feature soon.

Gol has also open-sourced the project if you want to run an Apple Music web player on your own server.

It’s always seemed surprising to me that Apple doesn’t offer its own official Apple Music web player. It will be interesting to see how long this one lasts – it seems likely Apple will come after the domain, but it may allow the service itself to survive on a domain which doesn’t infringe its trademarks. The developer is inviting suggestions for a new domain name in a Reddit thread.