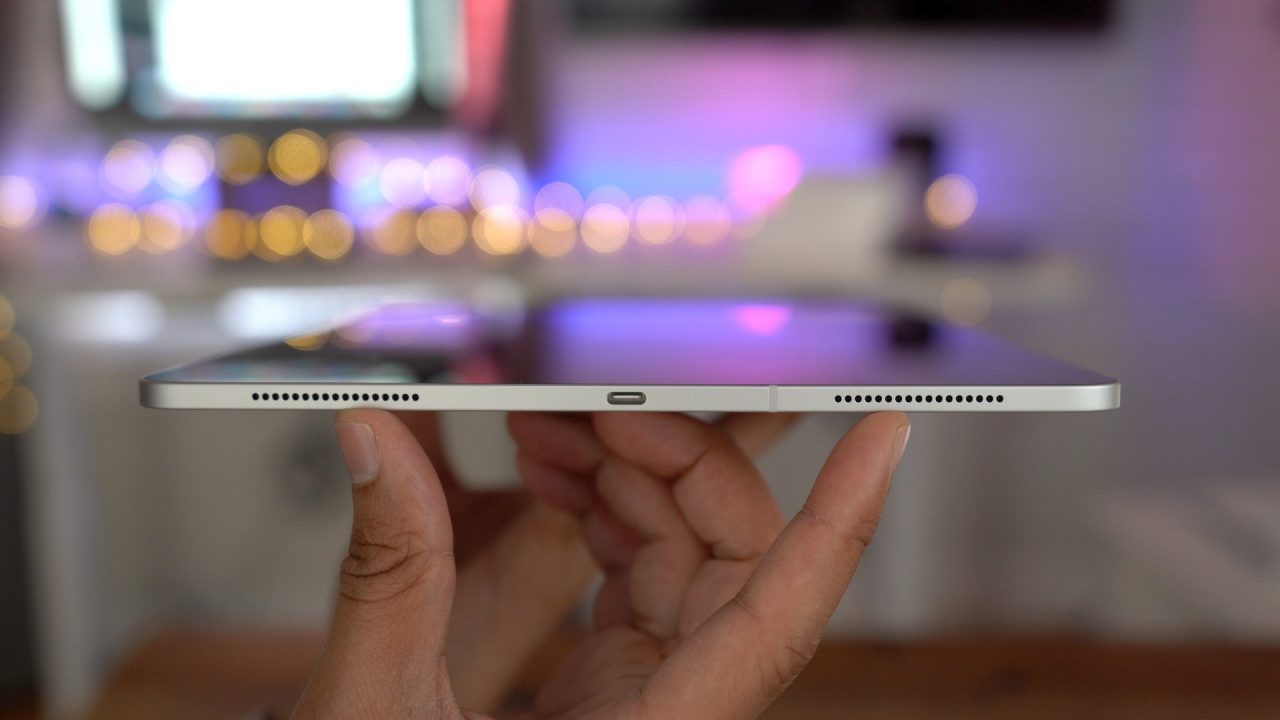 Some iPad customers have been angered by a comment Apple made earlier this week to The Verge, stating that 2018 iPad Pros that come bent are normal and that Apple will not be replacing bent iPad Pros under warranty.

However, according to an email obtained by a 9to5Mac reader, Apple SVP of Hardware Engineering Dan Riccio says that the new iPad Pro “meets or exceeds all of Apple’s high quality standards of design and precision manufacturing” and that it “carefully engineered it”.

Riccio says that the new iPad Pro flatness specification is up to “400 microns” which he says is “tighter than previous generations”. To put this into perspective, 400 microns is less than half a millimeter. Again, Apple is noting that this variation (and any variations made after production) will not change during normal use of the product.

Naturally, users were outraged with the original report, with some users posting photos to social media showing their iPad Pro’s with bends that should not’ve made it past quality control. Riccio says that The Verge article does not include a company statement, and to expect a formal statement to be sent to publications ‘today’.

The original issue seems to be related to how the iPad Pro’s metal and plastic is cooled during production. These issues appear right when users open the box. According to Apple, it’s a non-issue and is “normal”.

Do you own the new iPad Pro? Is it bent? Let us know in the comments below! 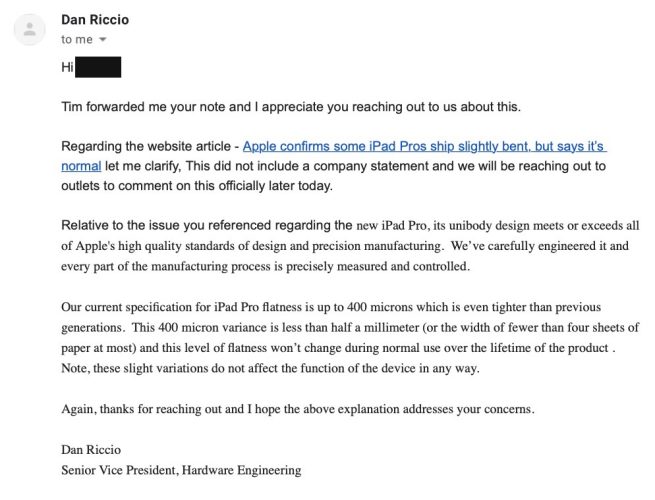