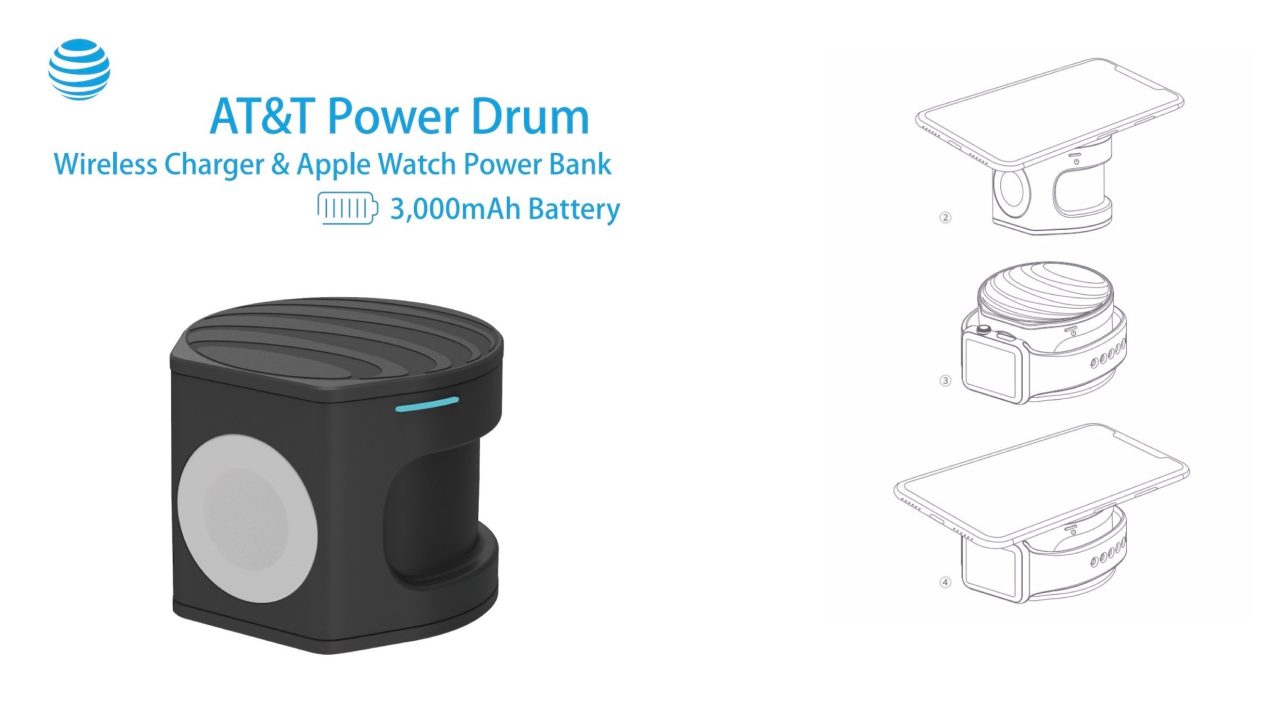 According to an FCC filing, AT&T is looking to join the ever-growing wireless charger accessory market. The company is purportedly planning a 2-in-1 Apple Watch and iPhone charger that also integrates a 3000mAh battery for charging on-the-go.

As you can see in the above image, the Power Drum integrates an Apple Watch charger on the front. Further, the top serves as a Qi charging pad for your iPhone. The Qi charger supports output of up to 10W, though the iPhone is limited to 7.5W.

Interestingly, the documentation does not make mention of the Apple Watch Series 4 as a support device. Of course, there’s no reason to believe the Power Drum wouldn’t support Series 4 charging, but this could imply AT&T was originally looking to release the charger earlier this year.

On the surface, the biggest downside to the Power Drum seems to be that it is powered by microUSB as opposed to USB-C. In terms of price, the documentation indicates Power Drum will cost $99.99 when it’s available, but it’s unclear when that will be. View AT&T’s current range of accessories on its online store.

The Power Drum comes as AirPower is still nowhere to be found. In lieu of AirPower, there are several aftermarket combo chargers that look to fill that void, and now AT&T seemingly wants to join the fun. What do you think of the AT&T Power Drum? It’s certainly not the sleekest option in terms of appearance, but the functionality could make up for that. Let us know your thoughts down in the comments!