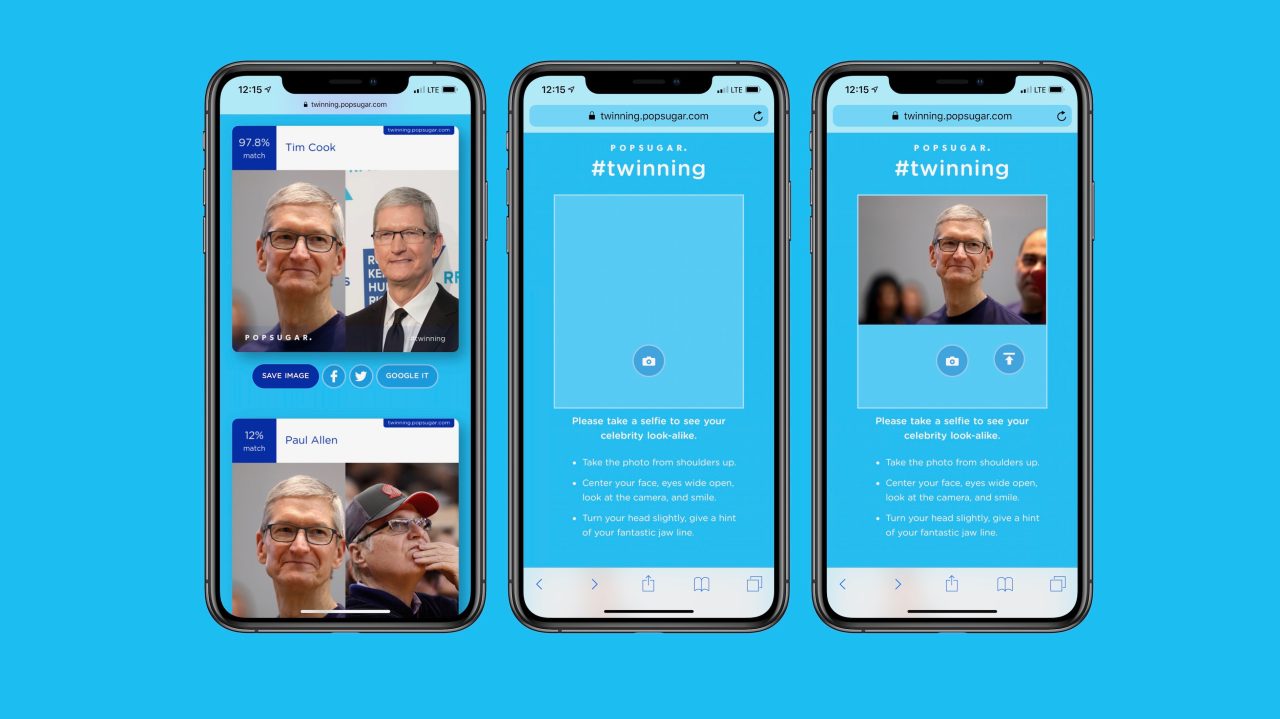 Over the last few days, a Twining app from Popsugar has gone viral across various social media platforms. Essentially, the service allows you to snap a selfie of yourself and get an instant result showing which celebrity you look like most. As it turns out, somewhat unsurprisingly, privacy wasn’t necessarily a focus for Popsugar when developing the Twinning app…

As first discovered by TechCrunch, all of the selfies uploaded to the Twinning web app were easily downloadable by people who knew where to look. Popsugar has since resolved the issue, but not until TechCrunch’s article was published.

Essentially, the images are kept inside of a storage bucket hosted on Amazon Web Services. The URL of the storage bucket was located in the code of the Twinning app’s website, which TechCrunch was able to discover. From there, they simply opened the link in a web browser and could see a real-time stream of photos being uploaded.

After the flaw was initially exposed, Popsugar confirmed that the issue had been resolved, with the company explaining that “the bucket permissions weren’t set up correctly” on the Twinning web app.

This isn’t necessarily the most damming security flaw, as when you receive the final comparison image, your selfie is placed right alongside the celebrity with which you matched. As TechCrunch explains, however, this is yet another example of a viral app’s lax security serving as a warning for using such tools.

But like any free app, quiz or some viral web tool, it’s worth reminding that you’re still putting your information out there — and you can’t always get it back. Worse, you almost never know how secure your data will be, or how it might end up being used — and abused — in the future.

Have you tried out the viral Twinning web app? Let us know down in the comments.