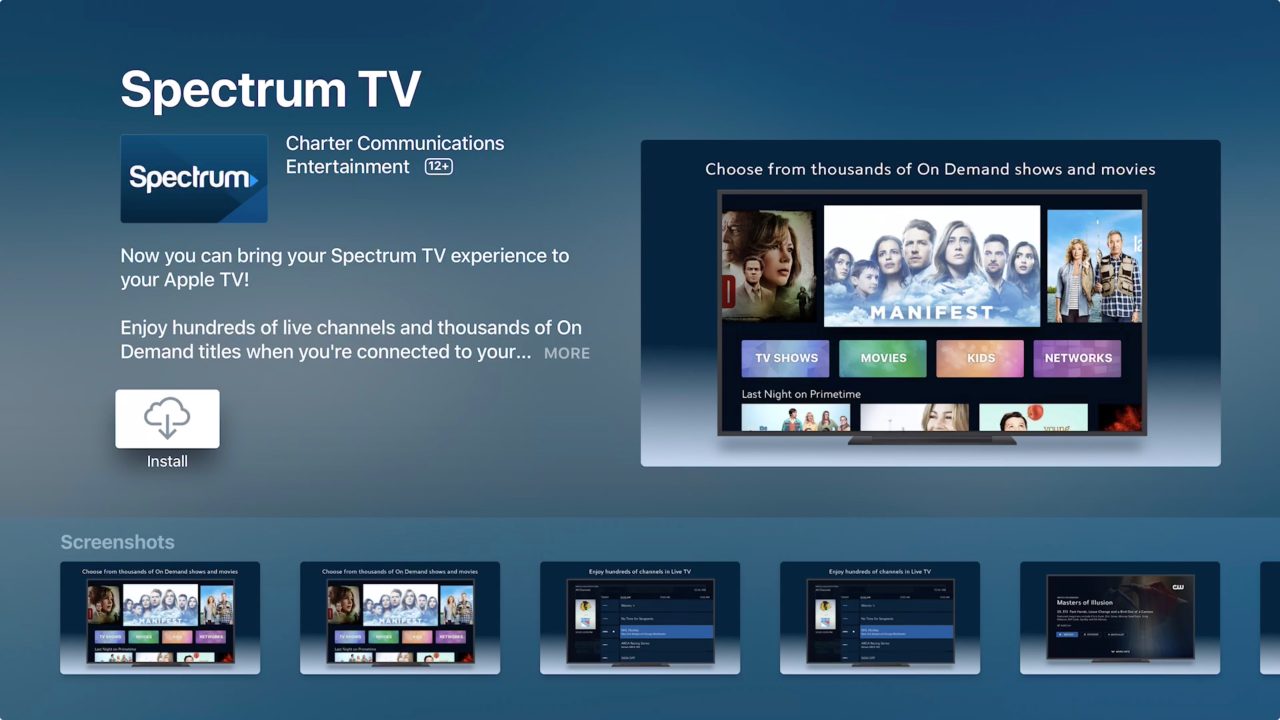 The Spectrum TV app was originally slated to launch sometime towards the end of 2018, but that ultimately ended up not being the case due to a series of delays. The Spectrum TV app works when you are connected to your Spectrum internet, allowing you to watch content on your Apple TV with ease and without sign-in.

Spectrum touts that the app allows you to access “hundreds of channels in Live TV” and “thousands of On Demand shows and movies” as well. You can also create your own personalized guide by picking your favorite channels and then filtering the guide by favorites.

Here is how Spectrum describes the app:

Now you can bring your Spectrum TV experience to your Apple TV! Enjoy hundreds of live channels and thousands of On Demand titles when you’re connected to your Spectrum Internet service. Available programming is based on your Spectrum TV subscription package.

To get started, launch the app while connected to your Spectrum Internet service to sign in automatically.

What you need to use this app:

– A Spectrum TV and Internet subscription

To download the Spectrum TV app for Apple TV, head to the App Store on your device.