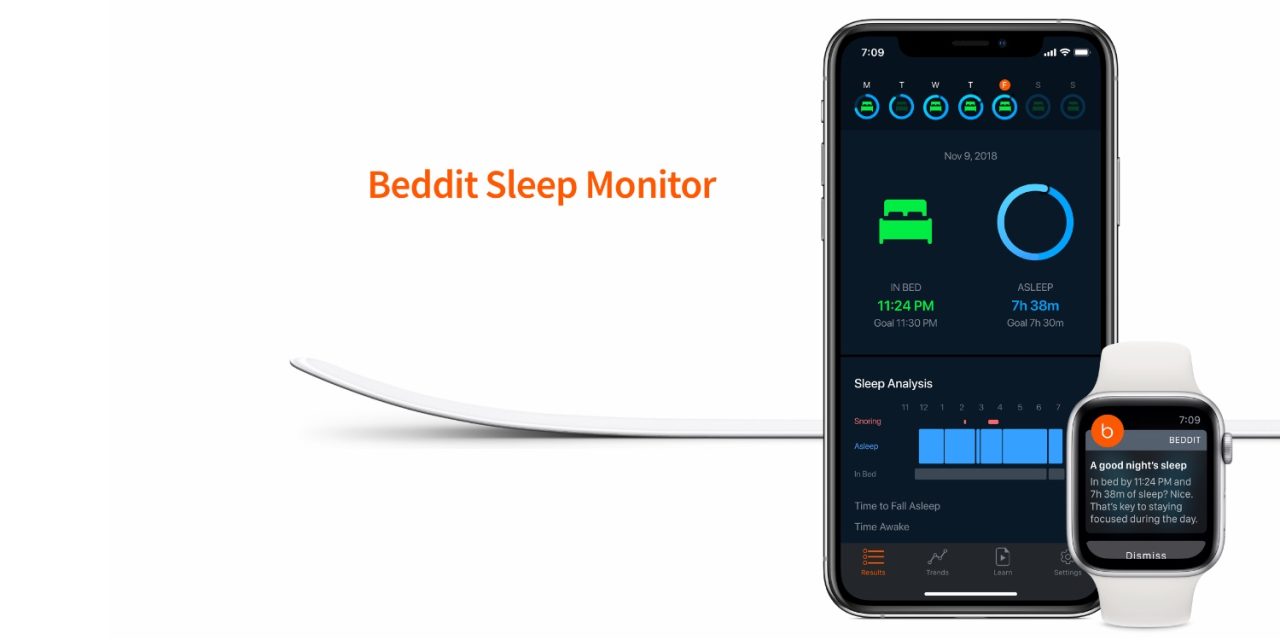 Apple quietly released an updated version of its sleep tracking hardware last month with Beddit 3.5. While it looked to offer a very slightly updated design alongside a new app, we noticed it also dropped Android support. However, that’s not the only feature the latest Beddit product has dropped. After going hands-on with the new sleep tracker, DC Rainmaker found it has cut at least eight features that came with Beddit 3.0.

DC Rainmaker published a review today of the Beddit 3.5. Notably, it was a big let down.

Without question, this is the most disappointing Apple product I’ve ever bought. Given I buy an excessive amount of Apple gear each year, this was actually completely unexpected for me.

Apple acquired Beddit in May of 2017. After going hands on with Beddit 3.5, DC Rainmaker thinks Apple has really watered down the sleep tracker and kept its salty $150 price tag.

For a product that’s supposed to be all about data – they’ve neutered it and made it more gimmicky than a cereal box activity tracker. And all at twice the price of their nearest competitor.

As we’ve noted before, competitor Withings offers a more highly rated sleep tracker for just $80. DC Rainmaker thinks Beddit 3.5 would be a lot more acceptable at that price point.

Now – to be clear, if this was a $79 product like its competition (the Withings Sleep sensor), then I’d actually have far less concerns about it and probably be happy with it. But it’s not. It’s a $150 product. Just like it was prior to them gutting it.

We previously reported on Apple removing the cloud-syncing feature. However, here are all the features that have apparently been removed with this Beddit 3.5 courtesy of DC Rainmaker:

The review does give some credit to a simple interface with the new app and hardware, but overall DC Rainmaker sees the changes as negative, particularly the removal of the sleep score.

As for functionality – sure, there is something to be said about the simplicity of it. But I think they took away one of the biggest selling points of before: The sleep score. That helped to quantify what you did that night by taking multiple metrics together and giving you suggestions on what to improve.

Frankly, I don’t know what Beddit was thinking. Perhaps they were just hoping that they’d get mainstream tech reviewers who would review it because it’s Apple and therefor all is great (without ever having tried other products, or even the previous Beddit product).  Or perhaps they don’t actually want people to buy it. Or perhaps they just got drunk one night and decided to throw detail to the wind. Who knows.

One explanation is that Apple may be working on taking sleep tracking features from Beddit to integrate into future Apple Watch hardware/software. However, it’s unknown why that would mean removing so many features from the latest Beddit hardware.

Beddit 3.5 currently has 3/5 stars on Apple’s website. Have you tried the updated sleep tracker? If so, let us know what you think!

If you’re looking for a good way to track sleep without buying additional hardware, check out our tutorial on using Apple Watch with some solid third-party apps.