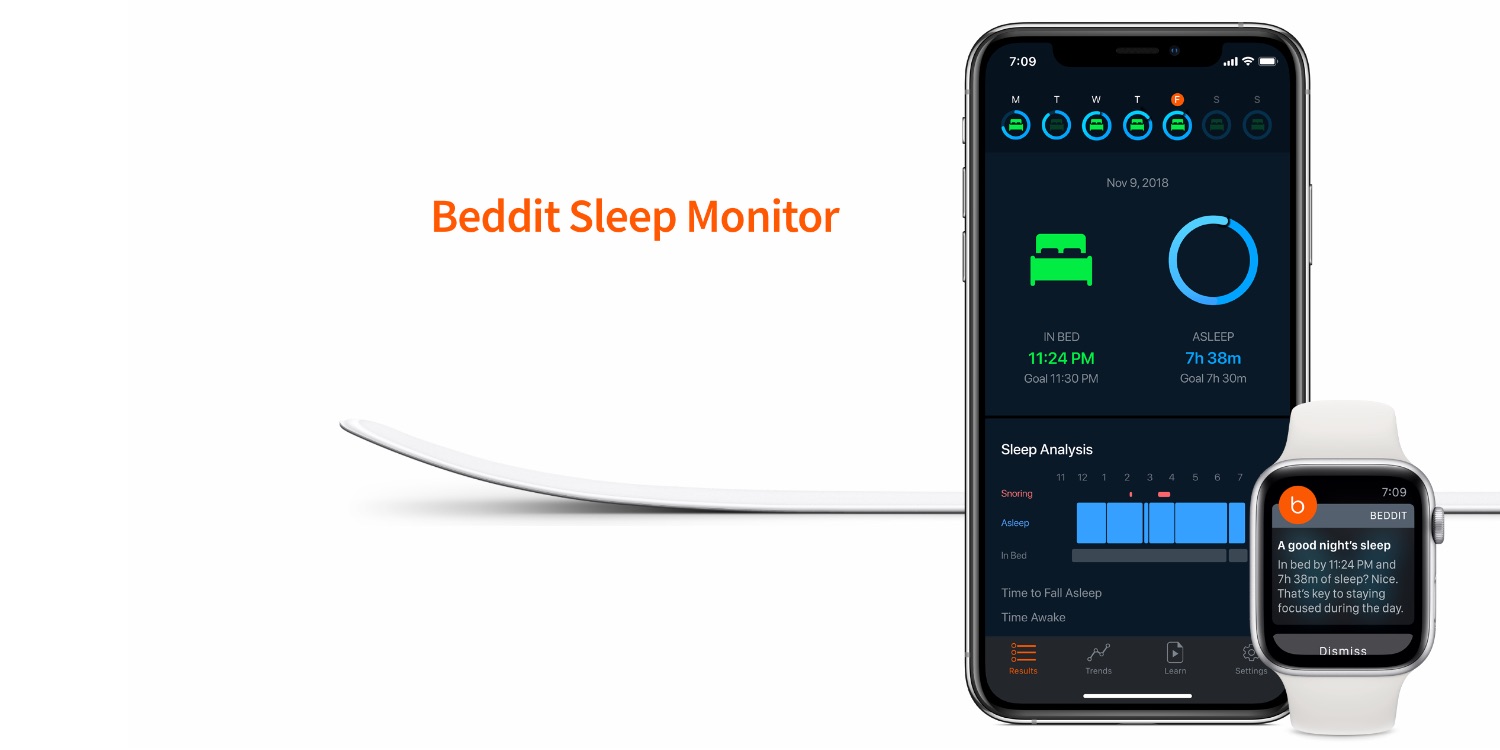 Earlier this week, Apple received FCC clearance with a new sleep monitor product that looked like an updated version of the Beddit Sleep Monitor that it acquired in 2017. Today the updated Beddit Sleep Monitor 3.5 (replacing version 3.0) is now available through the Apple Store.

The new Beddit Sleep Monitor 3.5 retails for $149.95 and is currently available in Apple Stores and ships to customers in a few days. Withings (formerly Nokia Health) has a similar product that retails for $99 and currently sells for $79.99.

The first revision to the Beddit Sleep Monitor since Apple bought the sleep tracking company includes a slight design change to the actual hardware, and the iOS app for managing the sleep monitor has a new version as well. All mentions of Android support are also removed from the Beddit website as far as we can tell.

The Beddit Sleep Monitor 3.5 isn’t a radical change from the previous 3.0 version. It’s still a 2mm thin strip that you lay above your mattress and power via USB. It connects to an iPhone app for sending sleep tracking data to the Beddit app and Apple’s Health app (with permission), and it’s still advertised as not requiring a “wearable” like the Apple Watch — although Beddit has an Apple Watch app for tracking naps.

The original Beddit iOS app on the existing Beddit developer account has also been updated and rebranded as specifically version 3.0 of the sleep monitor hardware. A new Beddit app has appeared under Apple’s developer account with support for the brand new 3.5 hardware. 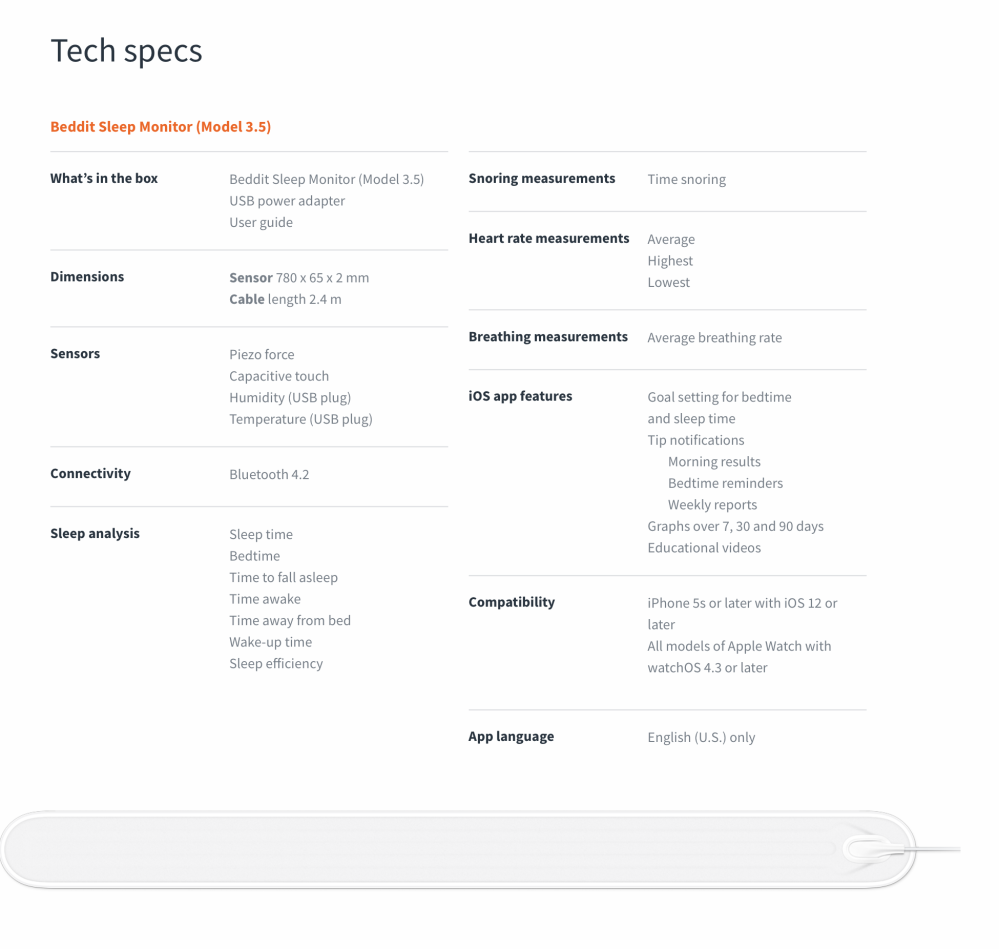 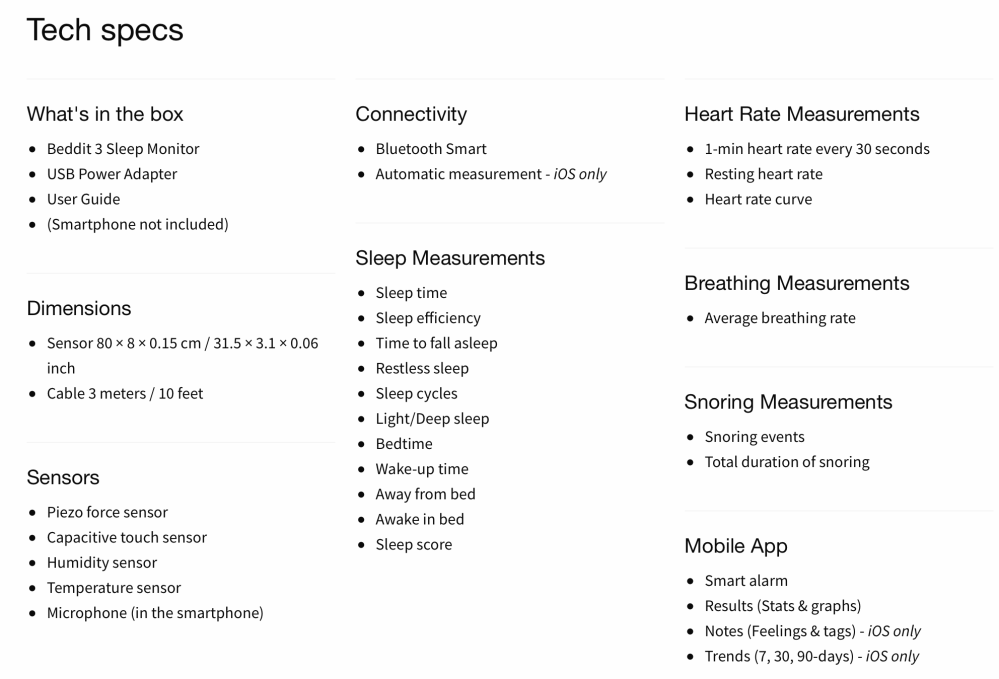 It’s likely the new hardware was already in the pipeline when Apple bought Beddit last year. Apple surely has bigger plans with Beddit and its sleep tracking experts beyond selling a pad that goes under your sheets to track sleep.