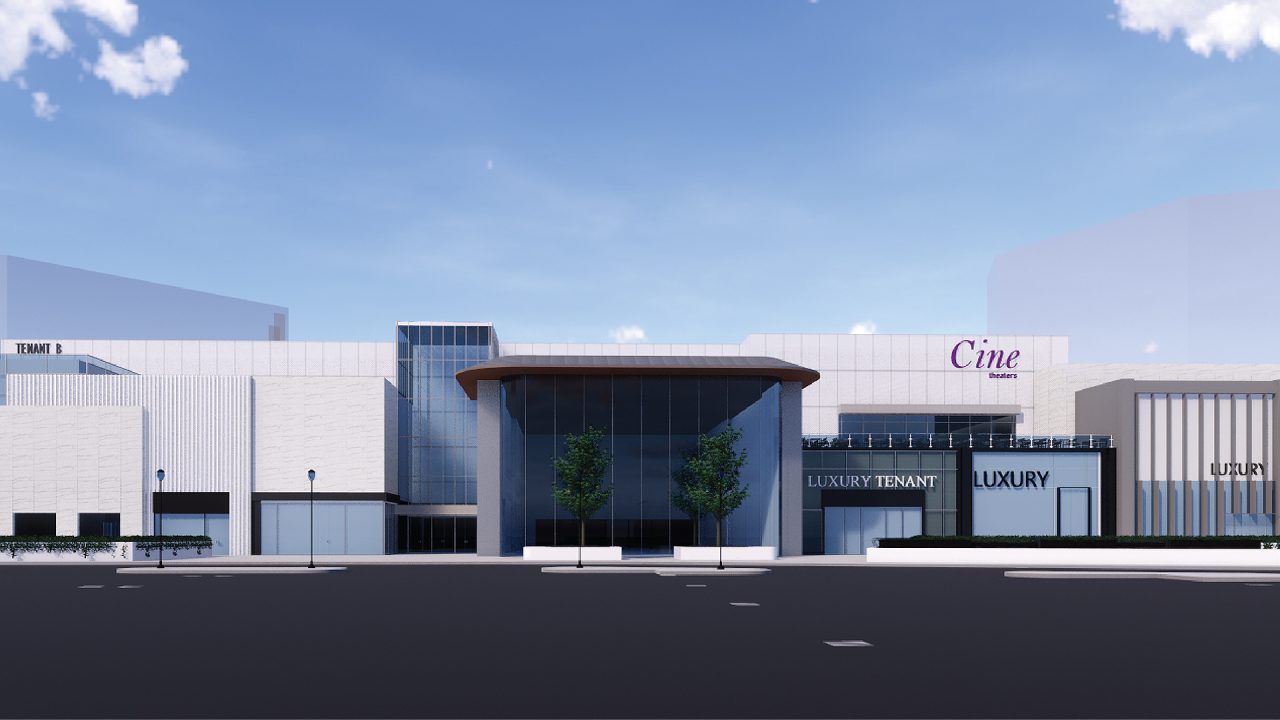 Apple’s historic Tysons Corner store could be preparing to see an inspired move. Recent plans indicate that construction of a significantly larger and more modern replacement space may soon begin at the nearby Tysons Galleria.

When Apple opened its first two retail spaces just hours apart at Tysons Corner Center and Glendale Galleria on May 19, 2001, nobody predicted the cultural impact and broad success Apple stores would have across the world. Now, that same success may cause Apple to leave the space that sparked a revolution in retail.

A staff report filed with Fairfax County details upcoming changes at the Tysons Galleria shopping mall in McLean, Virginia. The mall is located less than one mile north of Apple’s current store at Tysons Corner Center. The Washington Business Journal (via Storeteller) details that Macy’s at Tysons Galleria will soon close along with seven other locations across the country. The closure will make room for redevelopment of the Macy’s wing into several smaller tenant spaces. It’s here that Apple may be planning to build.

The report highlights that Galleria owner Brookfield Properties is in advanced talks with Tiffany & Co, grocer Balducci’s, theater chain iPic, and Apple to fill the Macy’s wing. Renderings of the redeveloped space by architecture firm tvsdesign shown in a Comprehensive Sign Plan Amendment document reveal recognizable architectural details and a floor layout consistent with other Apple store locations both recently opened and in development.

Facing International Drive, Apple’s storefront would be located directly adjacent to a new mall entrance and offer high visibility to passing traffic. A parking structure currently obscures the bottom floor of the mall, on top of which a pedestrian bridge would be widened to create a plaza adorned with trees and benches in front of the store. Two levels of curved glass anchored by stone walls define the face of the space and are topped by a flat, wood planked roof with curved edges similar to designs used at Apple Broadway Plaza and Apple Michigan Avenue.

A close study of mall blueprints shows a ground level reserved for “technology storage” and back of house operations. Level two offers both interior and exterior entrances at opposite ends of the store. Stone walls slope to meet a glass facade inside and follow the length of the space, interrupted only by cutouts for Avenue display cases and a doorway leading downstairs. The blueprints do not indicate space for a Boardroom or second level, although these plans are not final and could change. Level three is currently marked as “open to below.”

Adding further credibility to the design is its similarity to another recently submitted project for Atlanta’s Lenox Square. The Atlanta renders show a multi-level space with familiar features and positioning next to a mall entrance. Both plans follow Apple’s latest design standards for outdoor mall locations. 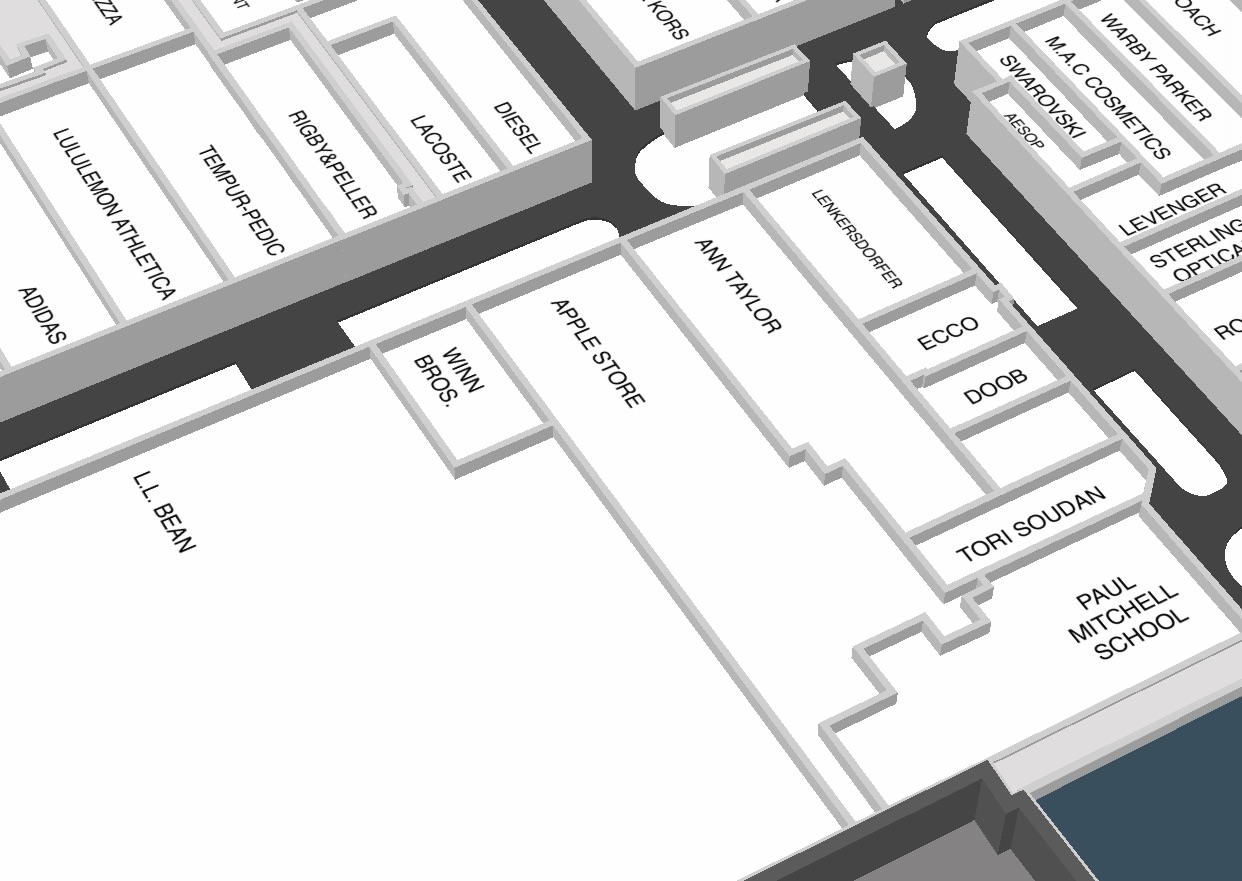 If the plans come to fruition, Apple would likely* close and vacate its existing space at Tysons Corner Center to coincide with the opening of the new store. Earlier reports suggested the space would simply be remodeled instead, but these claims do not appear to have merit. We recently detailed what to expect when your local Apple store gets an upgrade here.

The closure would mark the end of an era, as Apple has operated from the same space in Tysons Corner Center since opening in 2001. While multiple remodeling projects throughout the years have left the store virtually unrecognizable from its original appearance, it still holds a special place in the minds of many Apple fans who regard it with similar fondness to other historic locations like the company’s Infinite Loop campus store. 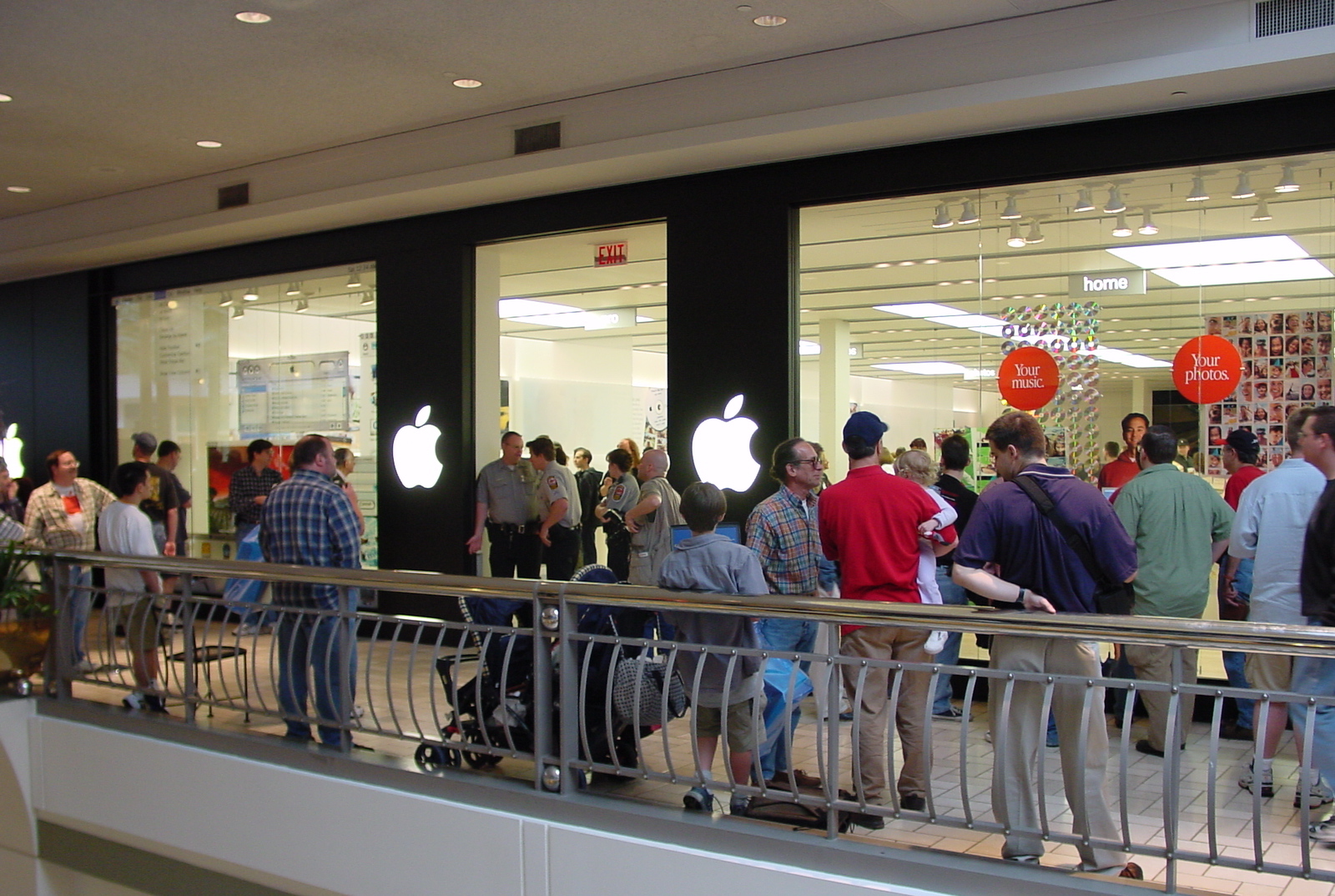 Nostalgia aside, it makes sense for Apple to vacate the Tysons Corner Center space. The current store is small, outdated, and ill-positioned when viewed through the lens of modern Apple retail. It wouldn’t be financially or strategically sound to reinvest in a space with little future. A new building offers a fresh opportunity to express today’s ideals and serve as a fitting tribute to the store that started it all.

*In 2011, Apple opened a store in The Americana At Brand, directly across the street from its other original store at Glendale Galleria. Despite the proximity, both locations have continued to operate independently ever since.