When will your local Apple Store get an upgrade? 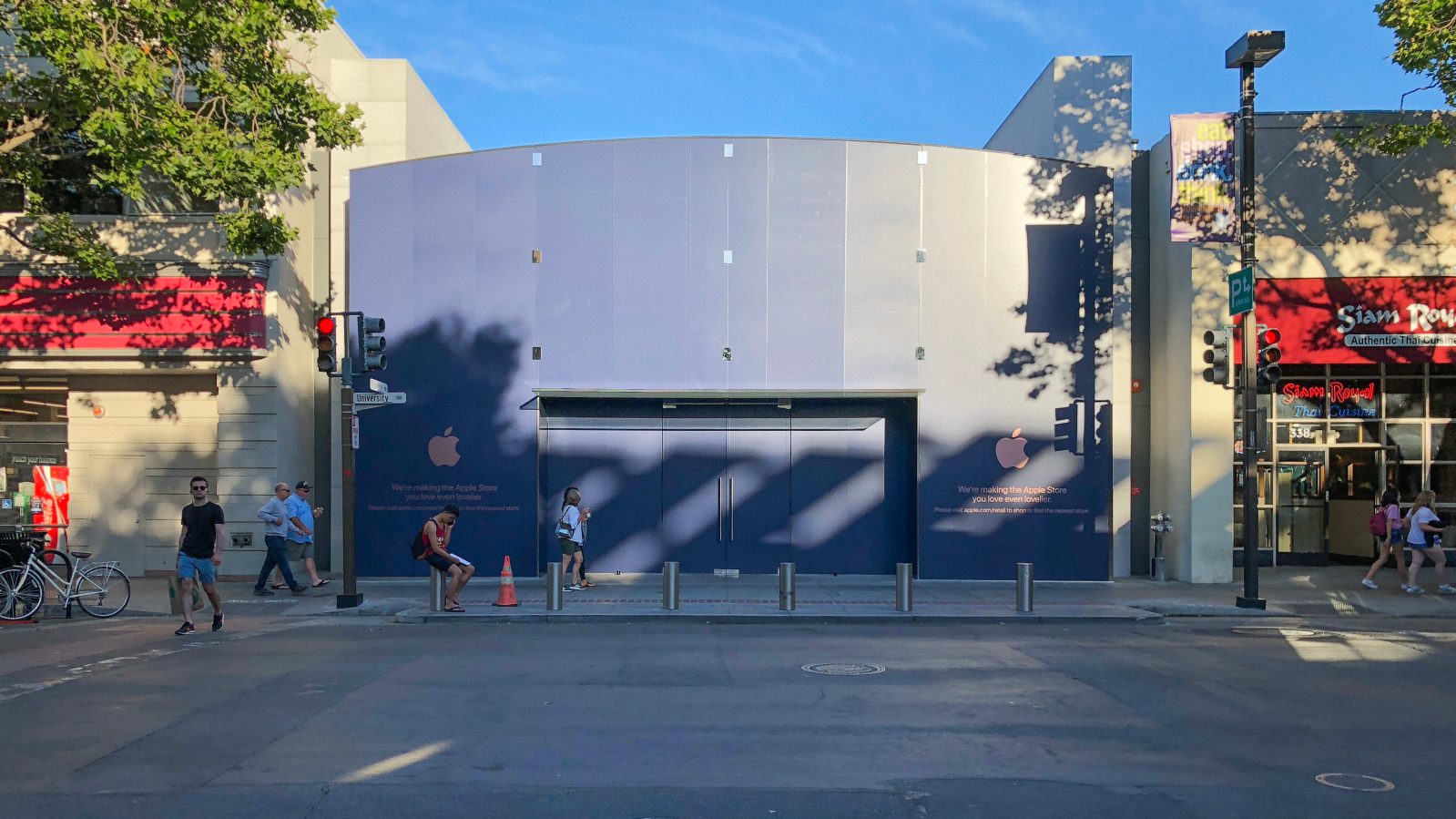 “My Apple Store is too small!” “When will my store get a redesign?” “How long will the remodeling take?” For Apple customers who frequent their local stores, these are common questions I hear quite often. Nothing improves the in-store experience more than the upgrade to a larger, modernized space. Yet, only about one-quarter of Apple’s stores have been redesigned to meet the latest design specifications. So how long should you expect to wait for an upgrade at your local store? There are several factors we can use to make an educated estimate.

It’s no secret that Apple Stores are almost universally overcrowded. If it could, Apple would surely expand every location tomorrow. But that’s not reality. Leases must be adhered to, resources need to be prioritized, and real estate decisions are made for long-term growth, not short-term results. So, we wait.

Many of Apple’s “classic” (pre-2015) store locations were built before the explosive popularity of the iPhone, iPad, and Apple Watch, and have footprints ill-suited for modern demands. But it’s not just the original age or size of the store that determines Apple’s priority for expansion.

Thought is also given to the store’s proximity to other locations, the future of the mall or shopping center it resides in, and the needs of customers. Some stores see an abundance of Genius Bar appointments, while others are sales-heavy. Consider these factors when thinking about your own local store.

For simplicity, I’ve grouped classic stores into a few identifiable categories that play a role in determining their priority for an expansion and remodel. Look for these details in your own store to determine if it’s due. 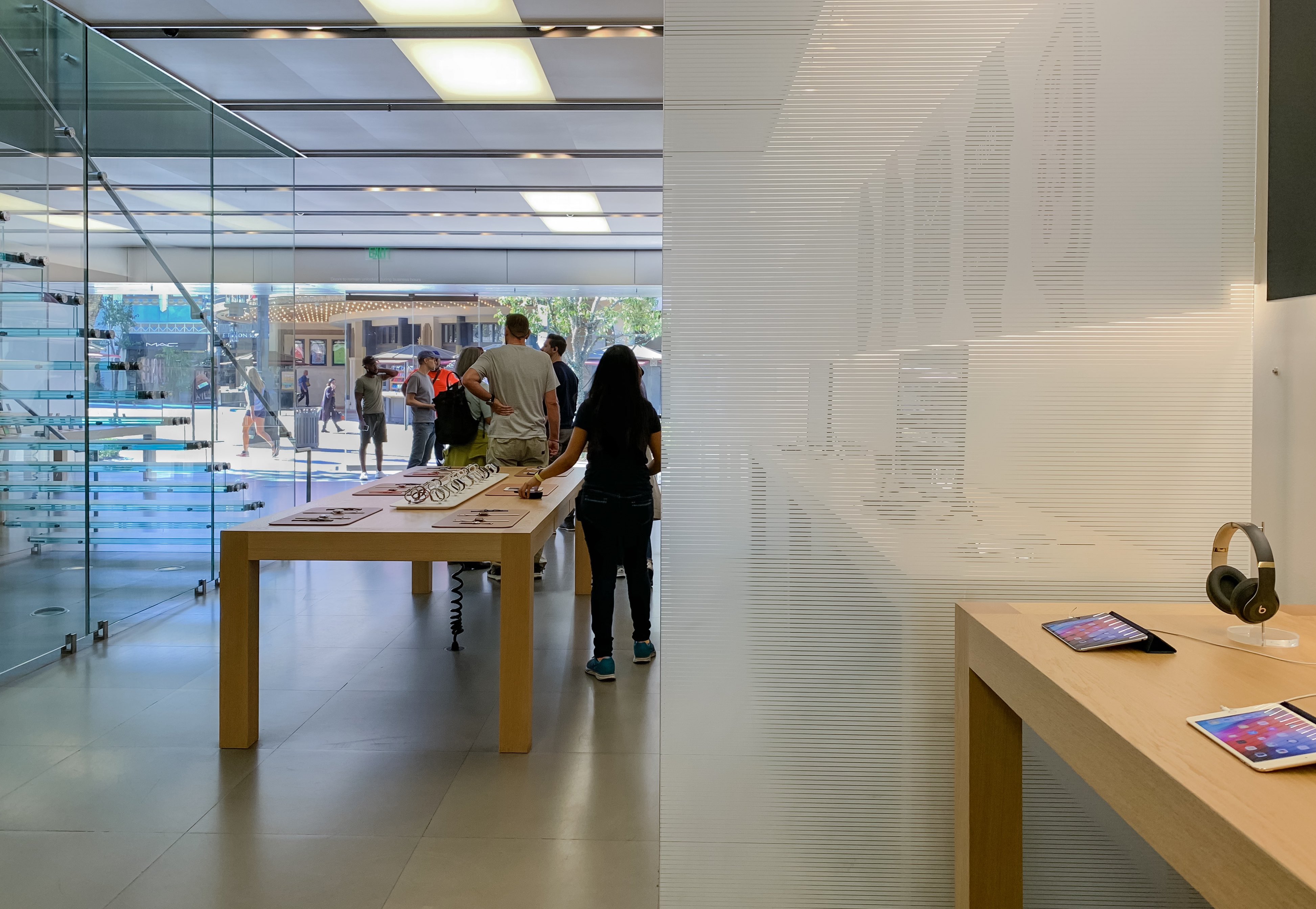 Stores finished inside with painted drywall or with wooden floors are among the oldest left yet to be updated. These stores generally opened prior to 2007 and haven’t been significantly changed in a decade. Look for signature pinstripe glass dividers along the walls and graphic panels lit around the edge rather than from behind.

While there are certainly exceptions, these stores are typically tiny and may be replaced at any time. Don’t be surprised to wake up to a new store announcement. I’d expect the majority of stores in this category to be replaced within two years. 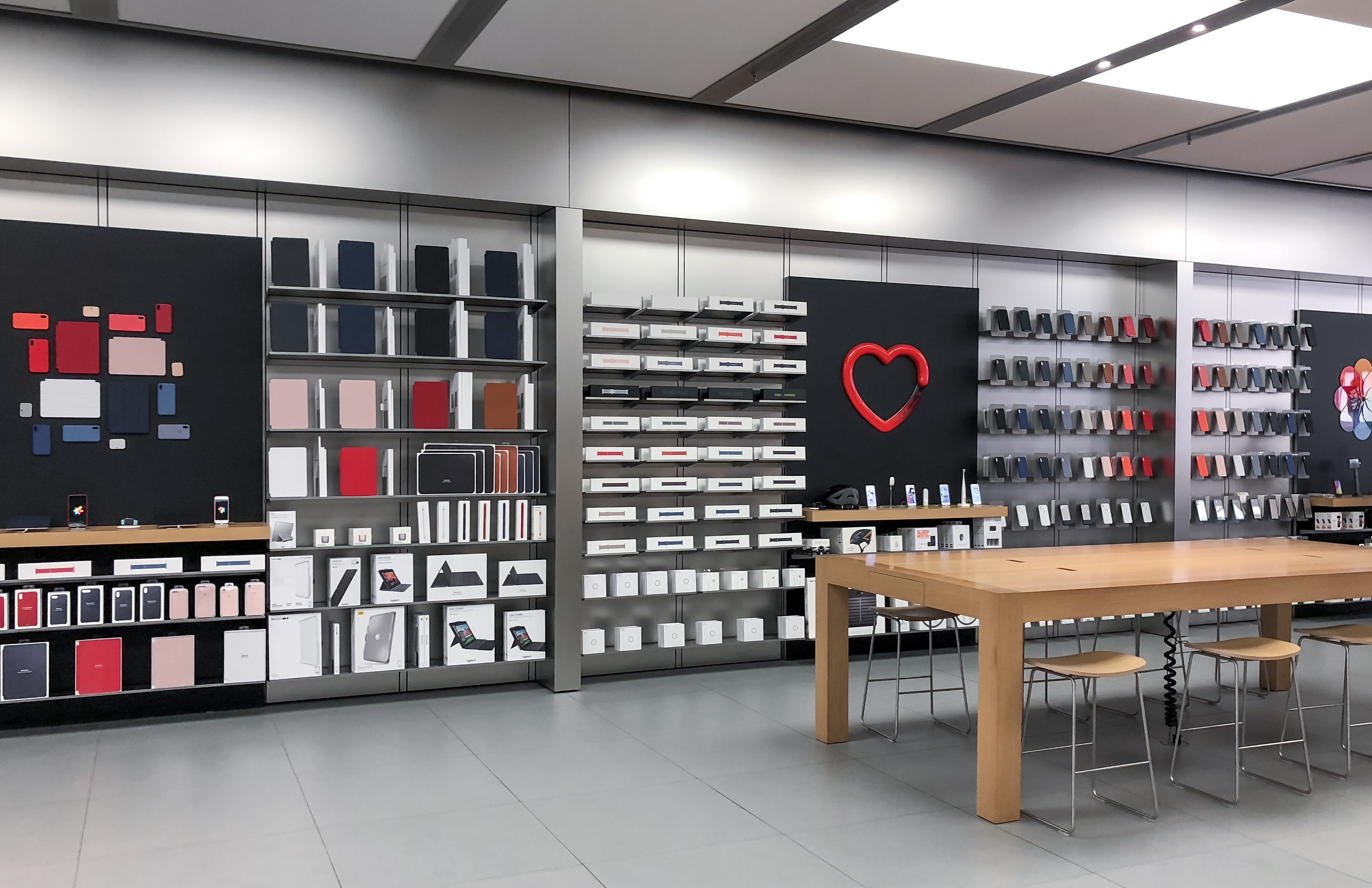 Narrow stainless steel paneled interiors, tile flooring, and inset wall product tables dominate the look of Apple Stores last remodeled during the early years of the iPhone. Look for backlit graphic panels, display shelving integrated into the walls, and Genius Bar logos cut into the stainless panels at the rear of the store. Earlier stores have removed their Genius Bar signage, and newer locations never had any to begin with.

Locations with these identifiable features represent the vast majority of classic stores, but it’s generally safe to say that those built or remodeled before 2010 can expect full remodels in the next few years. In this case, the smaller the better. 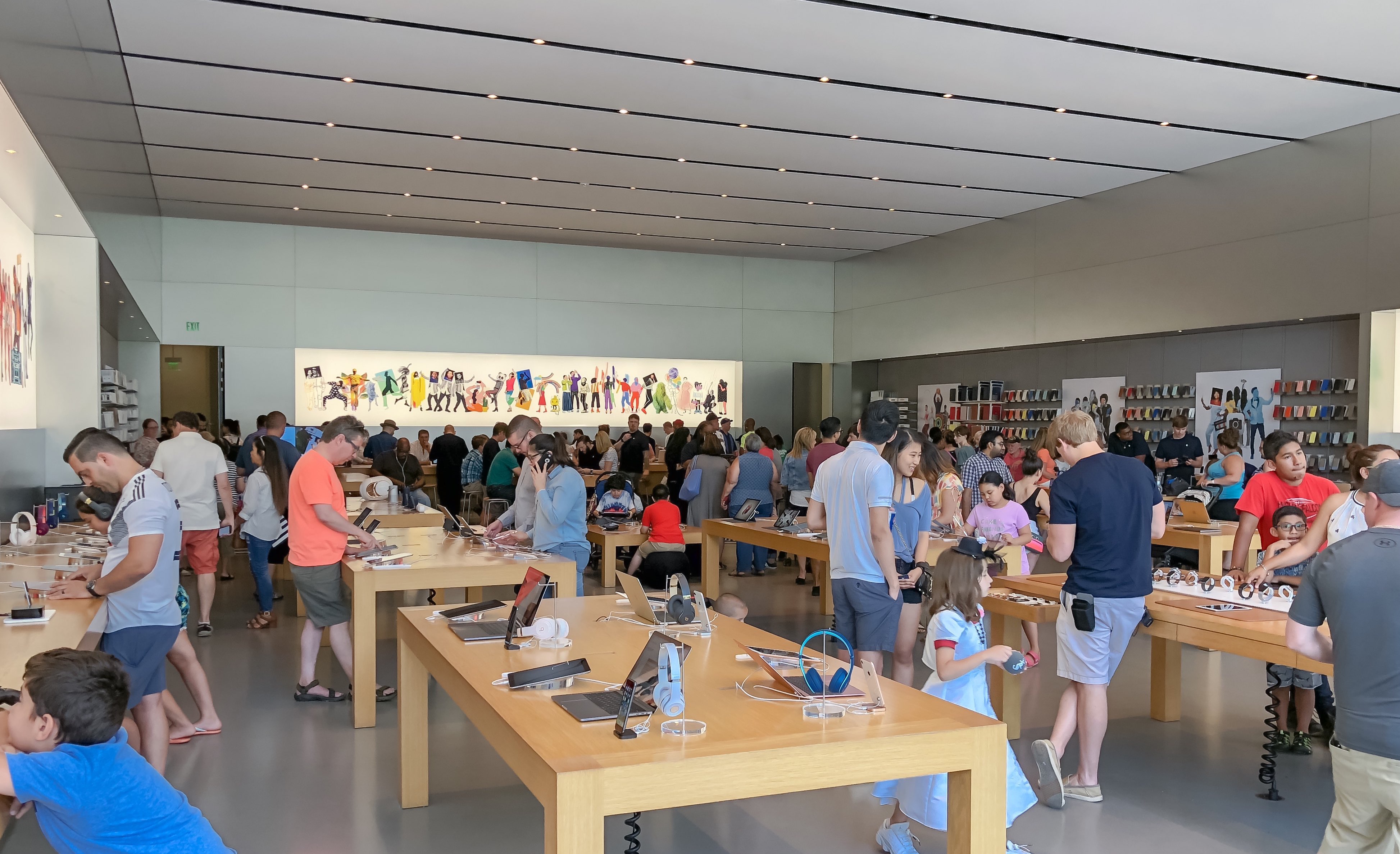 Stores built between 2010 and mid-2015 are the most likely candidates to receive a Video Wall and Forum rather than a full shiny new renovation (sorry!). If you’re not sure when your local store opened, the Apple Storefronts website provides a listing of the opening dates of every store and a reference photo.

Look for large and open storefronts with an abundance of stone and glass rather than stainless steel exteriors. Many of the newest classic stores also use thin strips of lightning along the ceiling rather than more traditional fluorescent panels. A significant number of these stores should receive Videos Walls across 2019 and 2020. 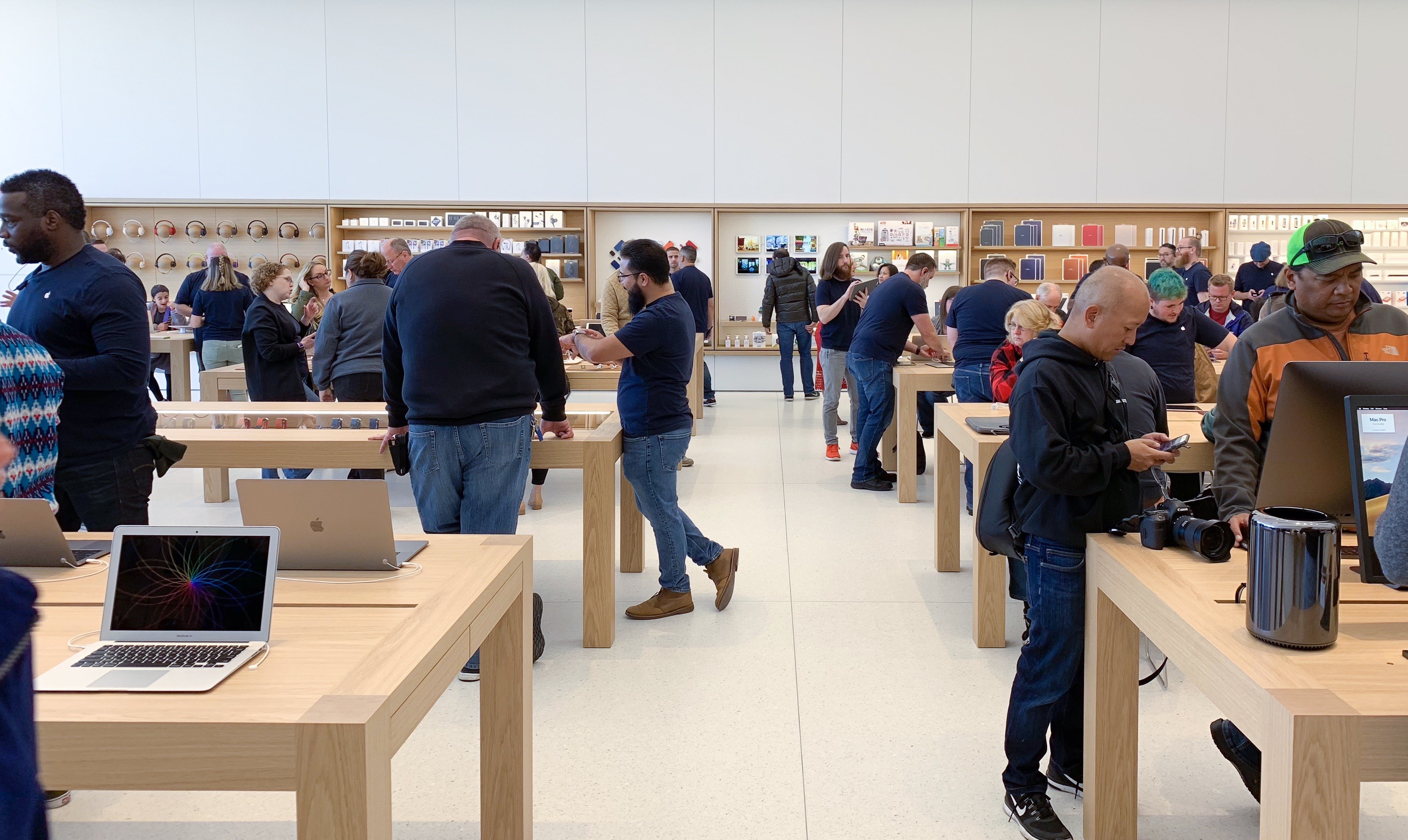 If your store already has a Video Wall or Apple’s latest design with Avenues, terrazzo flooring, and a Forum, don’t expect to see changes any time soon. The oldest “new” locations date back to 2015, so it’s safe to say they aren’t going anywhere for a while, even if you think your store isn’t large enough.

“Flagship” locations and architecturally significant stores have a more complex upgrade path. Historic or iconic details can’t simply be torn out and rebuilt. Apple needs to adapt its modern fixtures to the building rather than the reverse. Unfortunately, there is little precedent for this process in the current era of store designs. More recent flagship locations like Santa Monica’s Third Street Promenade or London’s Covent Garden have seen brief closures for refurbishment. 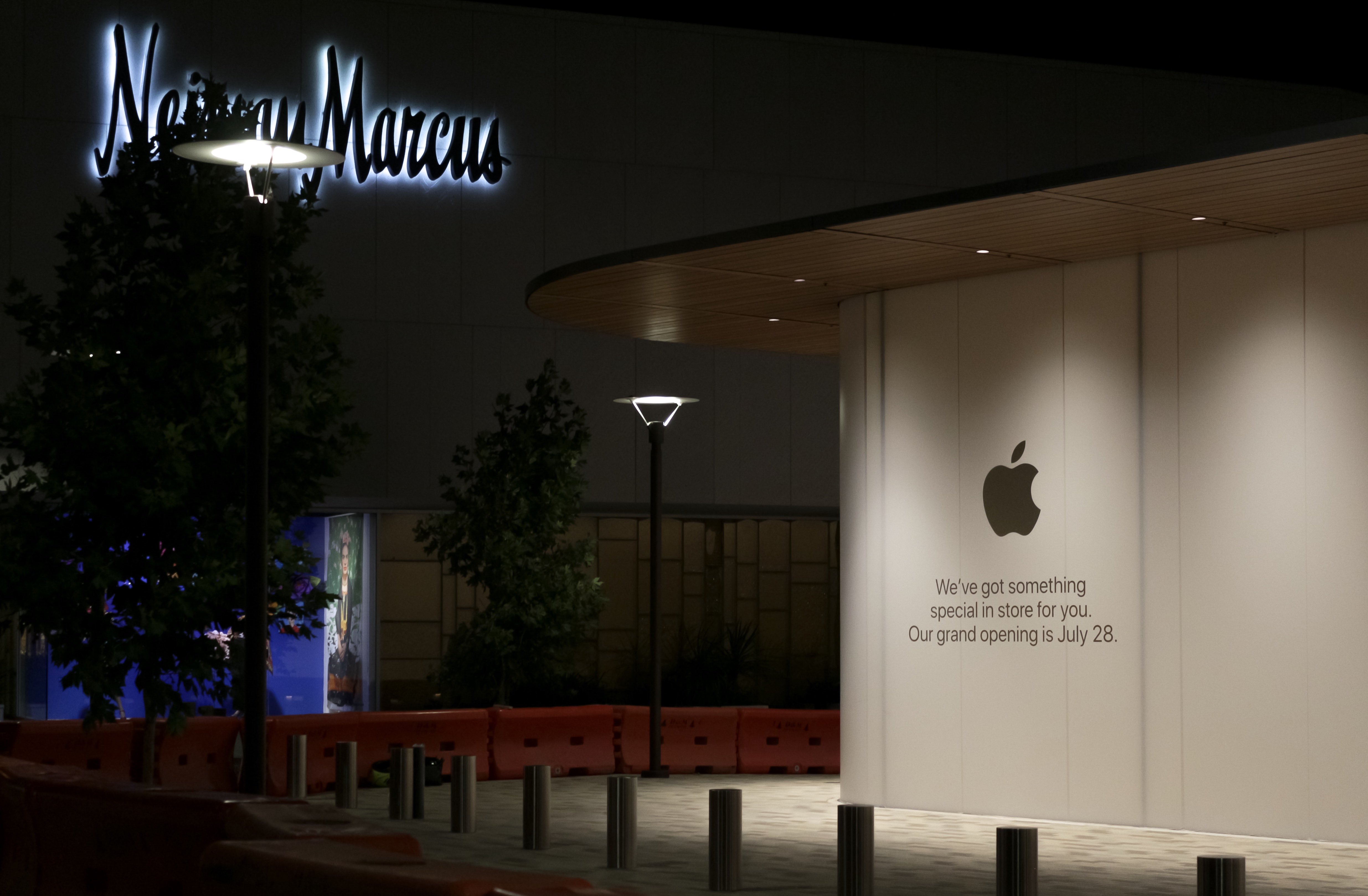 How Will My Store Change?

When the time arrives for your local store to get an upgrade, what can you expect to see? There are a few likely outcomes. Some stores close for expansion and reopen in the same location. Others relocate to a new indoor or outdoor space within the same mall or shopping district. Occasionally, a store will migrate across town. Apple calls this “An inspired move.”

Look at where your store is located today. Is it indoors? Outdoors? When possible, Apple likes to relocate to ground level units with direct access to outdoor space. If there are large open tenant spaces or unmarked plain temporary walls at your mall, these could be good indications that Apple may be working on an expansion. If a storefront vacates right next to Apple without a listed replacement, get ready!

If your entire mall is in the midst of remodeling, expansion, or appears to be in decline, these are perfect opportunities for Apple to move as well. At the Irvine Spectrum Center, Apple took advantage of the construction of a new wing to build a freestanding store in the center of the plaza. At Scottsdale Fashion Square, the redevelopment of an anchor space gave Apple the opportunity to move across town from the quieter Biltmore Fashion Park. 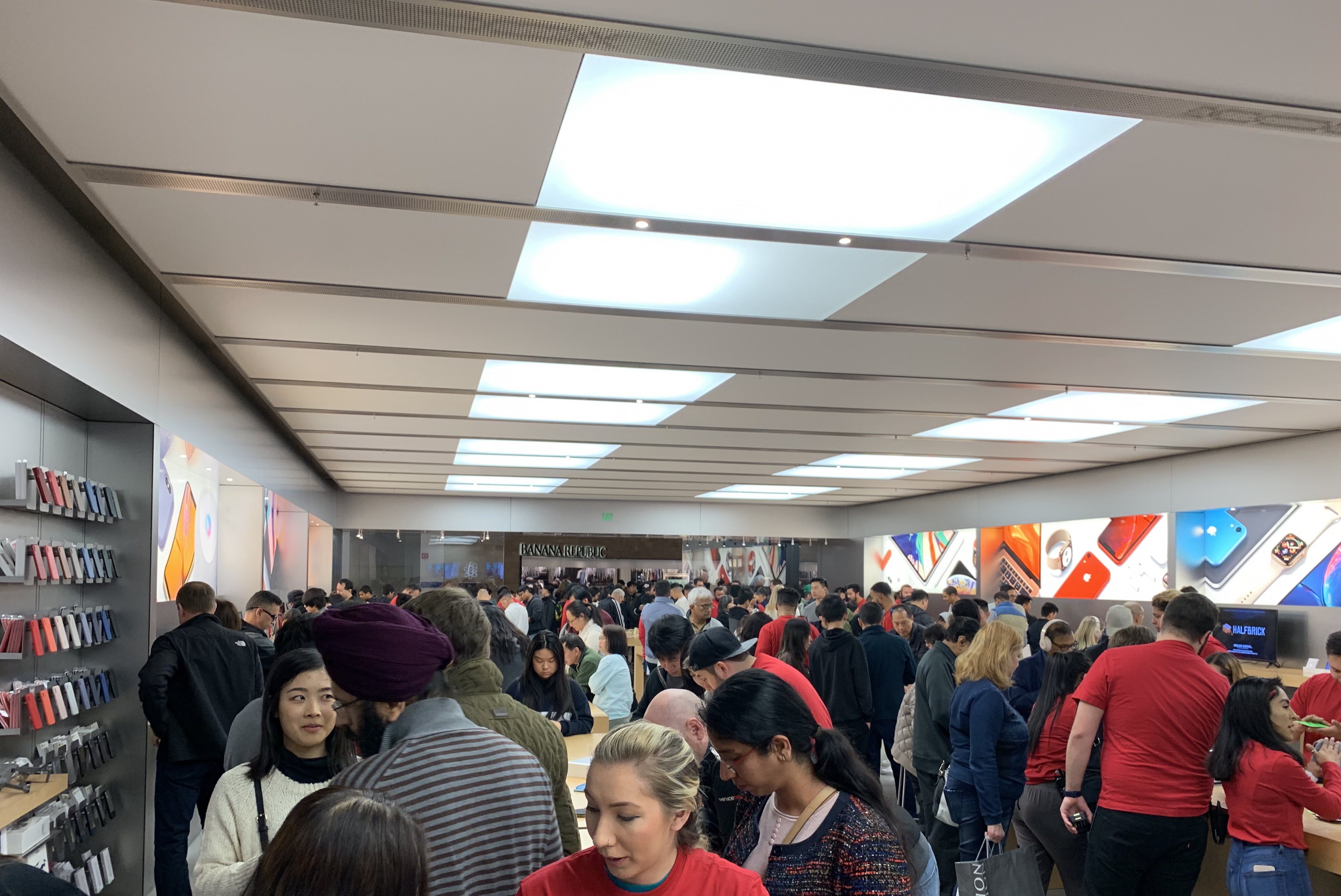 Keep in mind that some lease agreements must run their course before expansion can begin. Apple must wait for tenant spaces to vacate in order to secure a spot to build. If there is a mall expansion on the horizon, a store replacement may be scheduled to coincide. This is one reason why some stores seem neglected or overdue for expansion while other newer and larger stores see upgrades quickly. There are a lot of factors at play behind the scenes that are only partially within Apple’s control.

Many metropolitan areas are surrounded by a cluster of stores. While it’s not a hard rule, Apple tends to first establish one redesigned store per region rather than remodeling them all in a clean sweep. If the stores surrounding yours have already been upgraded, the urgency to renovate is reduced. 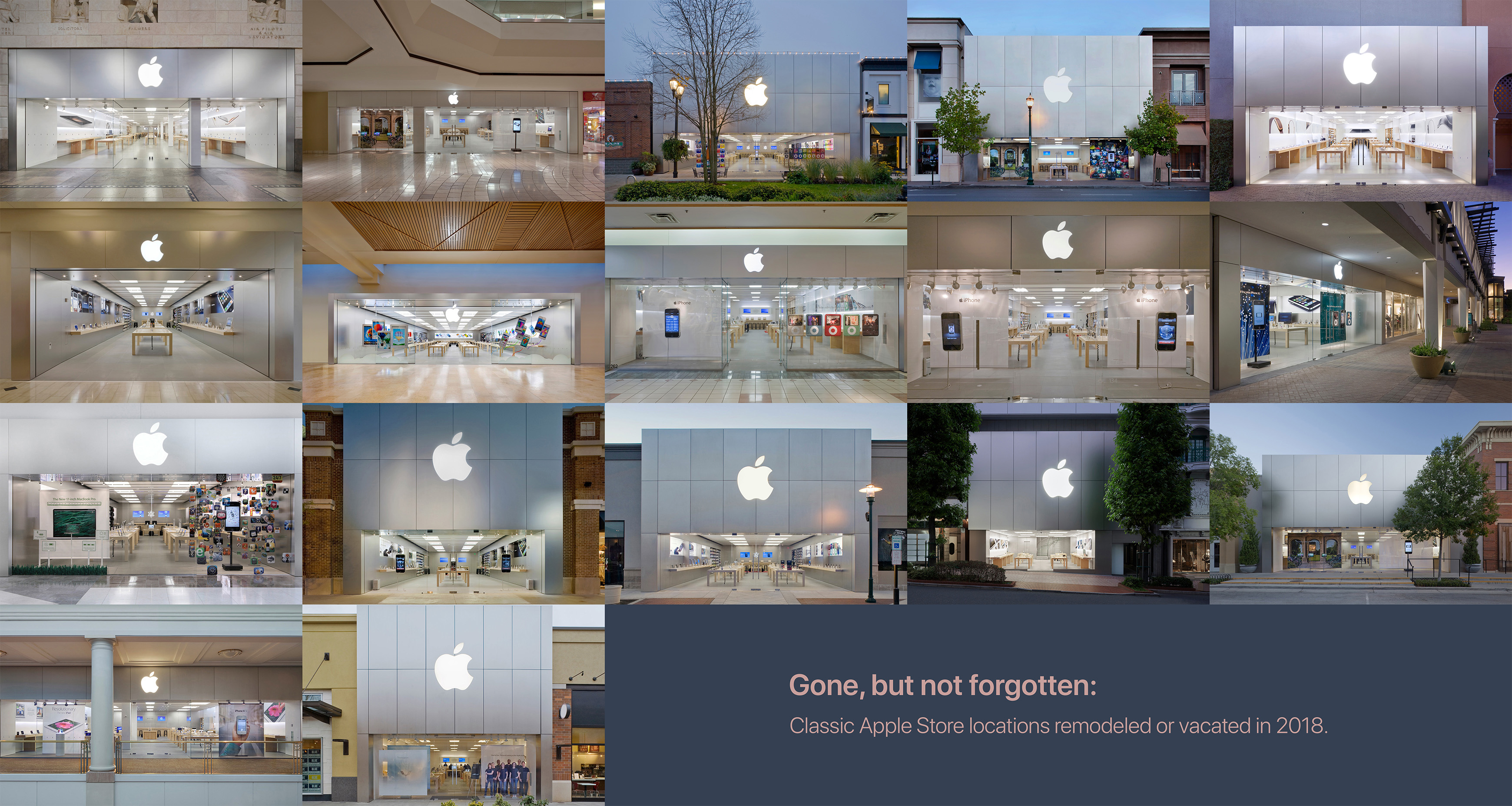 My Store Closed. Now What?

A temporary store closure can be a big inconvenience. How long should you expect renovations to last? Unfortunately, quite a long time. It takes considerable effort and attention to detail to construct modern Apple Stores to the right specifications. In most cases, renovations last at least 6 months. Here’s how long each store that reopened in 2018 was closed: 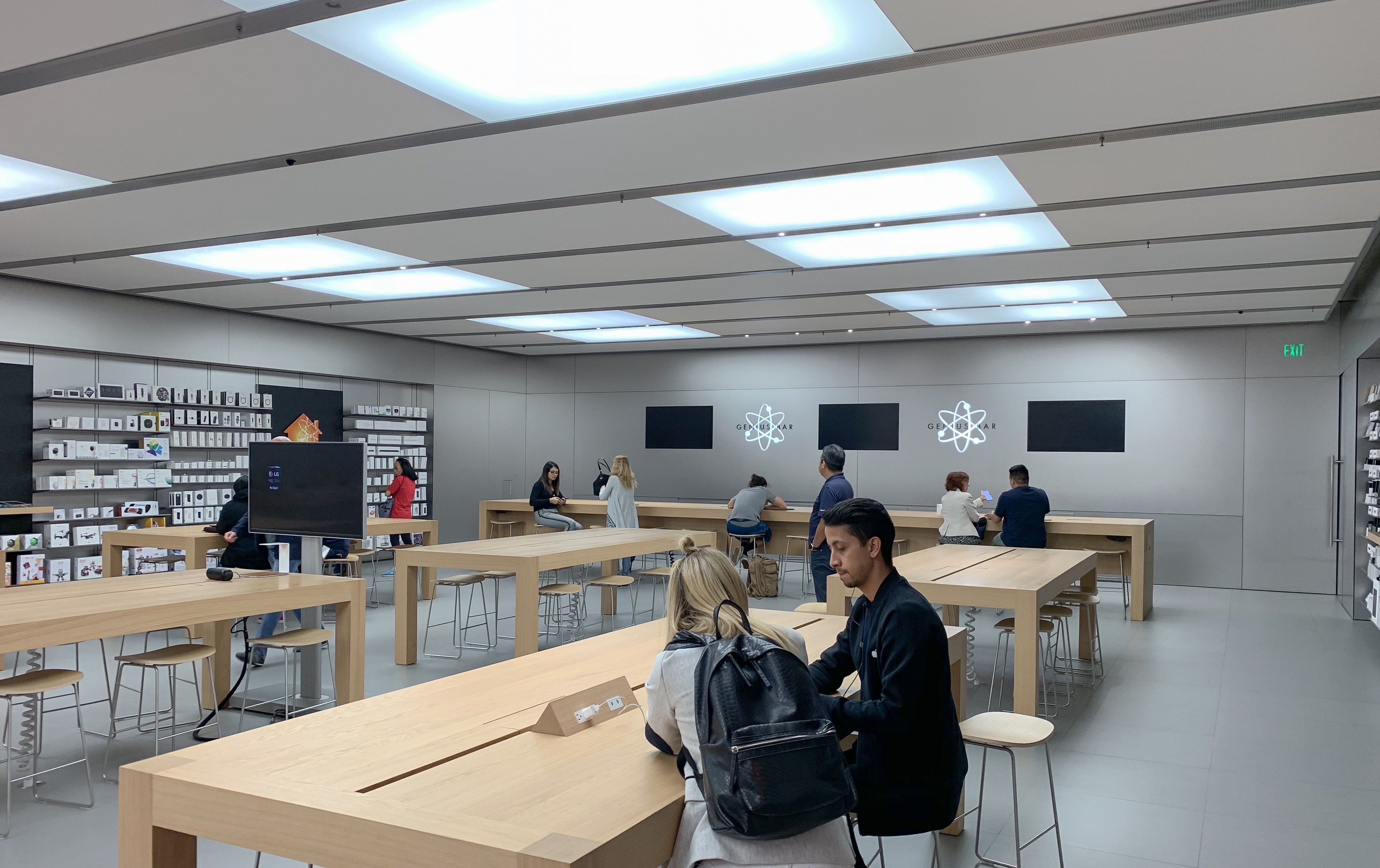 Contemporary tables at a classic store.

If your store relocates rather than remodels, the change will be swift. At smaller locations, a grand reopening date will be announced less than 1 week before the move, which typically occurs on a Saturday. Local customers will receive an email notifying them of the change.

Stores gaining a Video Wall and Forum generally won’t close at all, but rather gain a temporary wall near the back of the store while upgrades are made. These changes generally take about 1 month to complete. You may notice your store get new flooring or refreshed tables with integrated charging dots prior to the Video Wall’s arrival.

While I can’t offer advice on magically skipping the line at the Genius Bar, hopefully these guidelines can help clear up questions and uncertainty you may have about the future of your store.

Feel free to reach out on Twitter with any other questions. As always, if you attend a store opening, spot something interesting, or attend a great Today at Apple session, we’d love to see your photos. Follow 9to5Mac’s retail guide for in-depth coverage of the latest Apple store news.