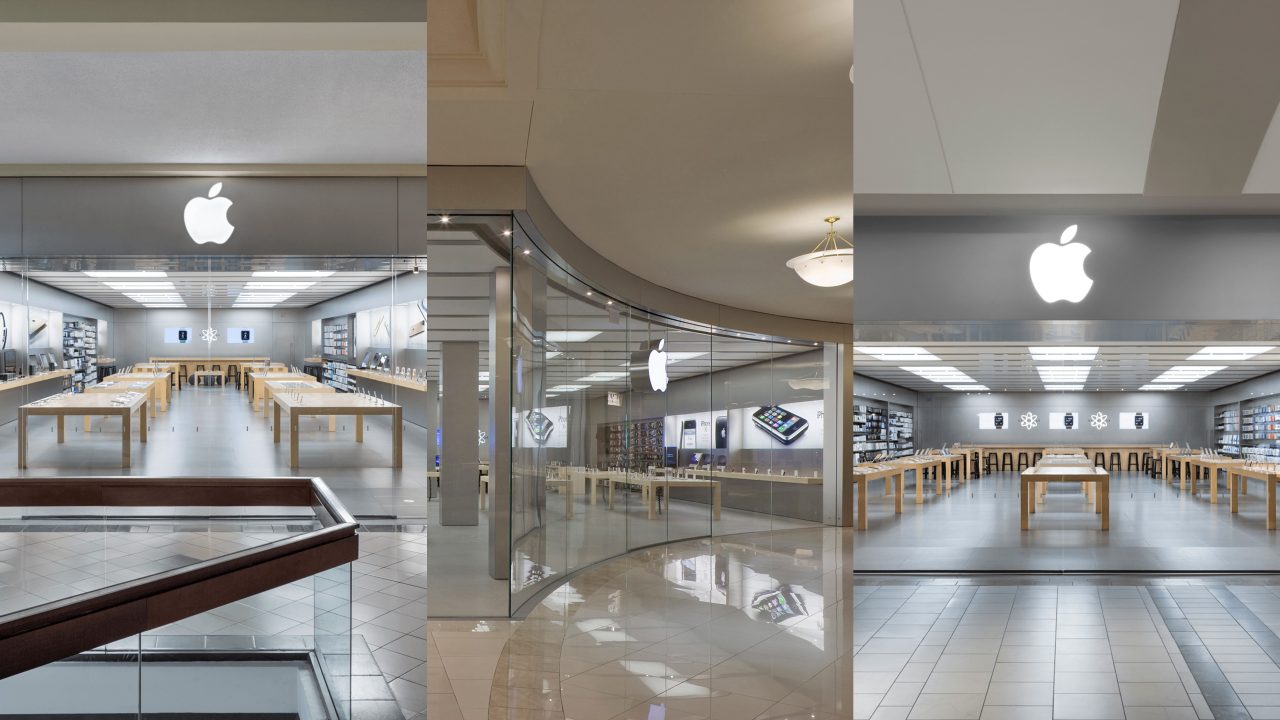 Across Florida, Apple will replace or work on remodeling at least four of its retail stores during 2019. As the company rapidly pursues store modernization goals across the United States and internationally, a cascade of renovations both large and small is expected going forward. Today’s announcement of a temporary closure of Apple Altamonte marks the first of many projects beginning in 2019.

According to Apple, its Altamonte Springs location will close on January 13th for extensive remodeling. The store first opened in August 2008 at the Altamonte Mall and still sports its original stainless steel paneled design. During the closure, the two closest locations for customers are in Orlando at The Mall at Millenia and The Florida Mall. A typical renovation lasts at least six months or more, so the store will likely be closed into summer. A tenant map of Altamonte Mall shows a vacant space adjacent to Apple that will likely be annexed.

Elsewhere in Florida, renovations have been underway at Apple Waterside Shops since September 2nd. With significant restructuring taking place, a grand reopening is not anticipated for several more months. At The Aventura Mall, Apple is in the midst of constructing a massive and architecturally unique store next to the mall’s popular outdoor slide, according to a report on Thursday by The Next Miami. 9to5Mac has independently learned that the store will be Apple’s largest location in Florida. Aventura’s indoor store was previously expanded in 2008, but the upcoming move will bring natural light and outdoor access for customers. 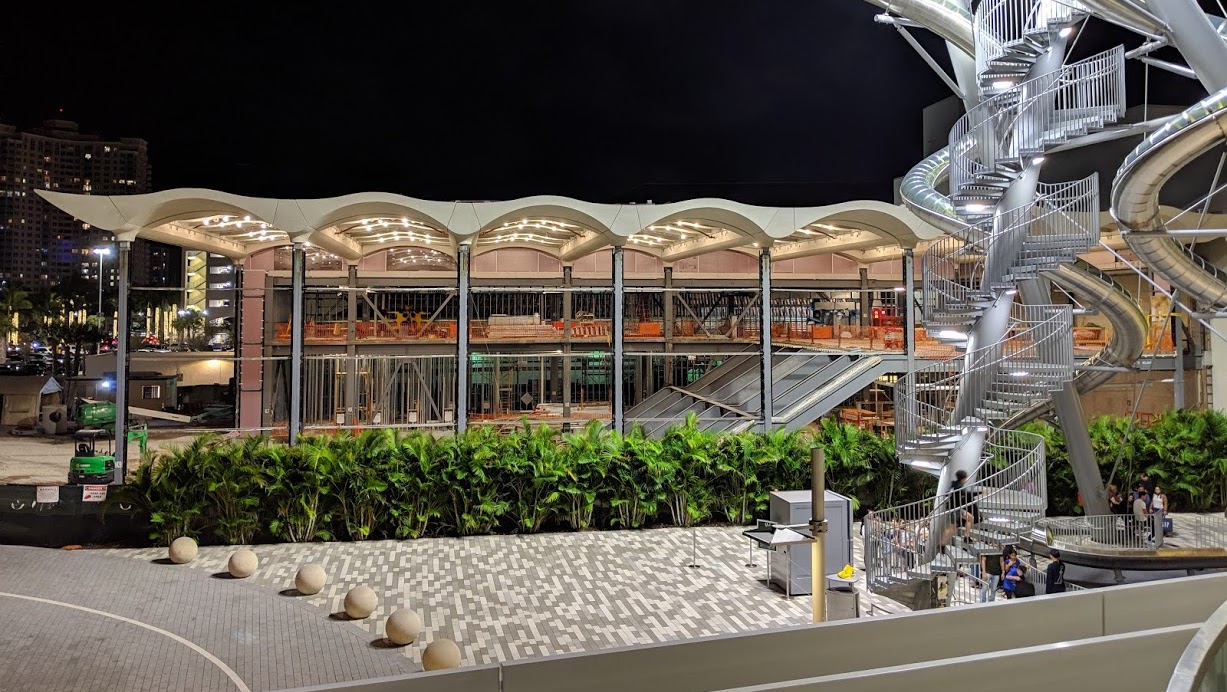 Construction at The Aventura Mall via The Next Miami

In Miami, Apple Dadeland is in the early stages of preparing to move. Renderings of a new outdoor space destined for an expansion on the west half of the mall near Saks Fifth Avenue were first shown in 2017. Mall owner Simon Property Group recently reaffirmed the project in a new Development Activity Report, but a completion is not projected until 2020.

Florida’s remodeling projects come at a time when store capacity is more strained than ever before. This past holiday season saw large and small locations alike struggle to keep up with demand for sales and support. Even as the end of the year rolls around, crowds have not diminished. With increased popularity comes a degradation in the customer experience, so store expansions are a top priority.

Apple currently occupies 18 stores in Florida. Only three—The Gardens Mall, St. Johns Town Center, and Brickell City Centre—fully offer the company’s newest design. In September 2018, Apple Boca Raton received Today at Apple upgrades of a Video Wall and Forum. Excluding the four aforementioned projects, that leaves 10 stores across the state ready for modernization. It’s likely one or more of these will receive a Video Wall and Forum before 2019 concludes. 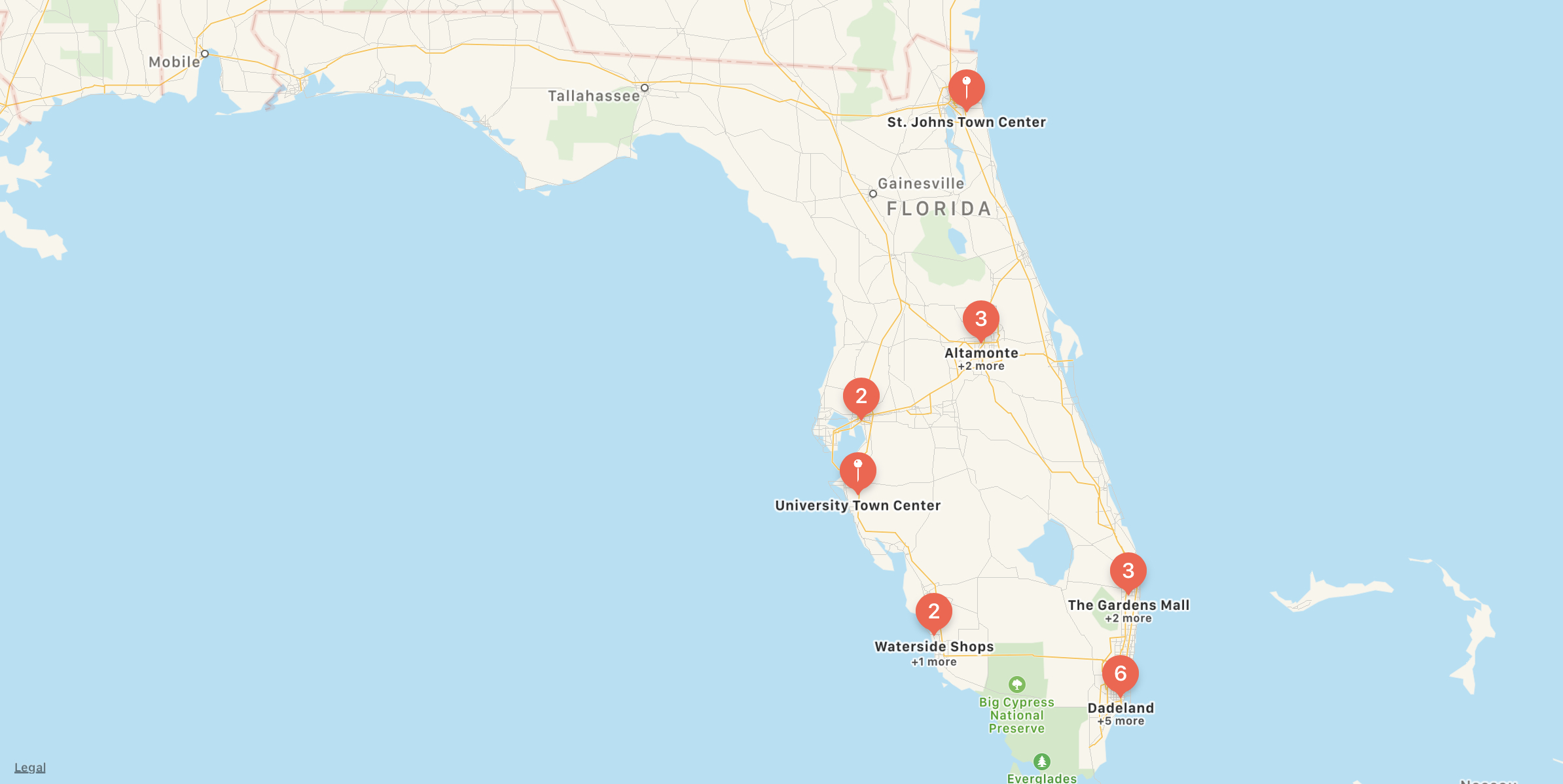 If you attend a store grand opening, spot something interesting, or attend a great Today at Apple session, we’d love to see your photos on Twitter or by email. As always, 9to5Mac’s retail guide will provide in-depth coverage of the latest Apple store news.