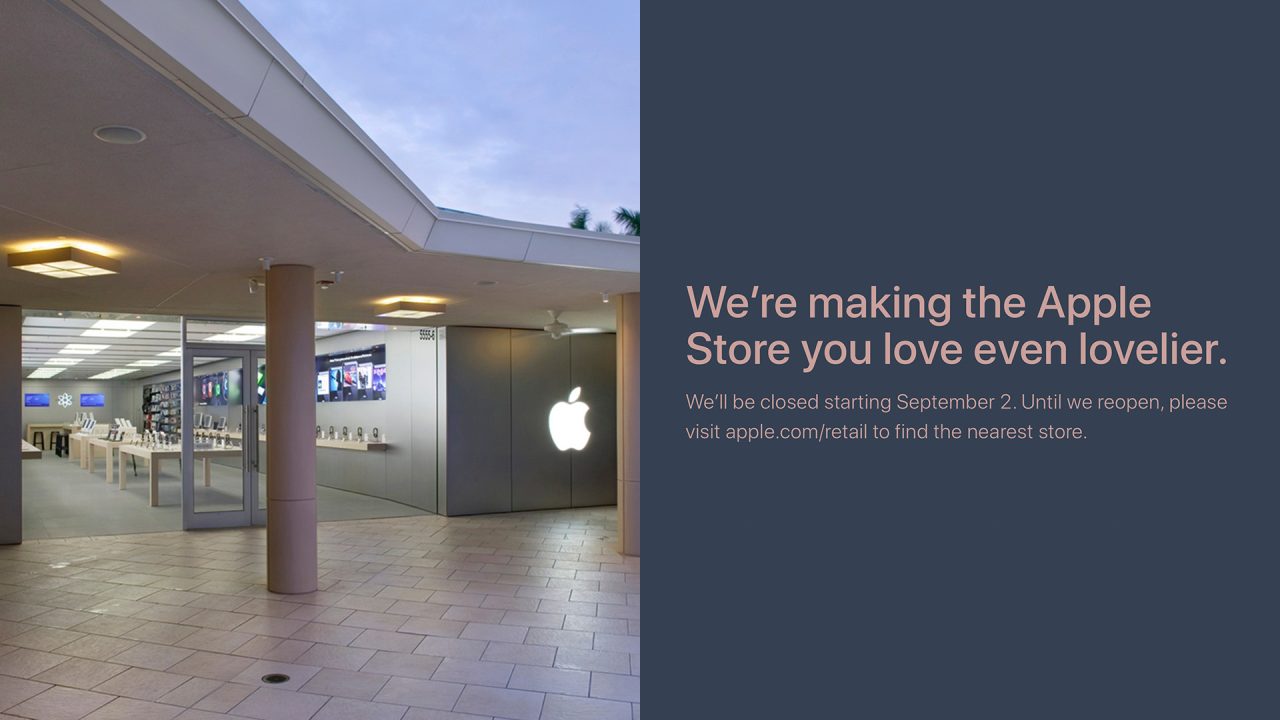 Apple quietly announced this morning that its retail location in Naples, Florida will be closed temporarily for renovations starting September 2nd. The store is located in The Waterside Shops, an open-air shopping mall just under 40 miles south of Fort Myers, FL.

Apple Waterside Shops opened on March 10, 2007 as Apple’s 12th store in Florida. Constructed before the launch of the original iPhone, the store was modest in size, but situated close to Apple Coconut Point in nearby Estero, Florida, which was completed earlier the same year. An estimated 500+ people turned out for the grand opening.

As it typically does with older and smaller stores, Apple will be significantly remodeling the storefront and interior with a video wall, Forum, and Avenue wall displays. The Waterside Shops location has not been completely remodeled since opening, when it debuted a unique stainless steel facade with eye-level signage. 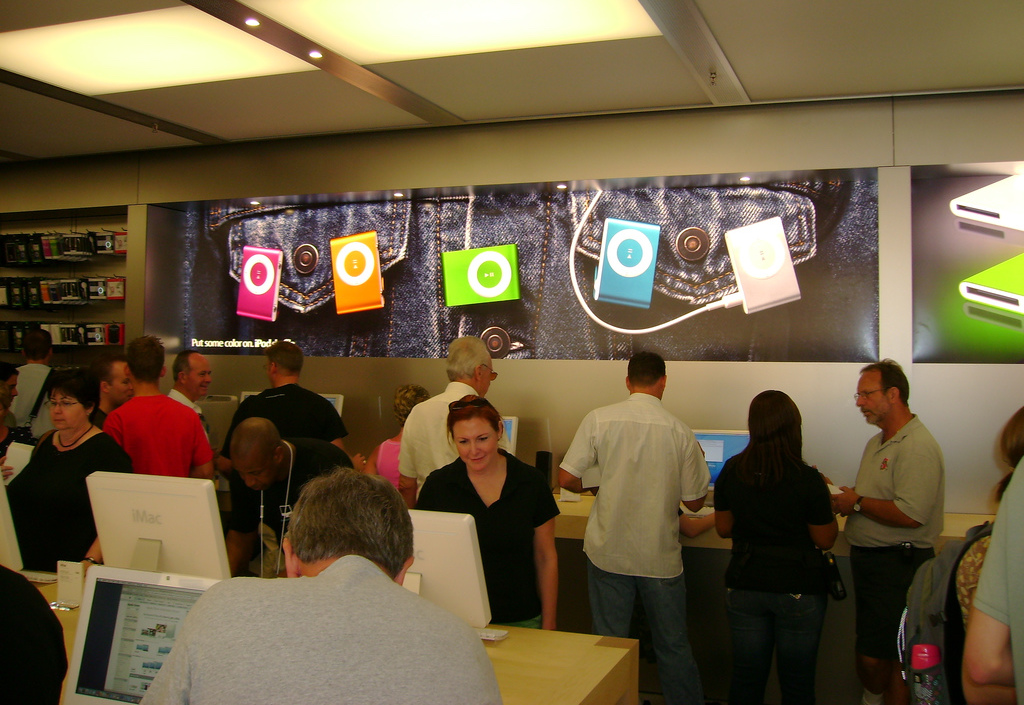 So far in 2018, Apple has closed six stores in the U.S. for major restructuring across Tennessee, Washington, Texas, North Carolina, New York, and Massachusetts, all of which remain closed at the time of this writing.

Other stores including those at Walnut Creek’s Broadway Plaza and LA’s Beverly Center have moved to new and improved locations. Starting in Palo Alto and rolling out globally, several stores are also receiving mini renovations that primarily focus on the addition of a video wall.

Just last week, Apple previewed their plans to restore the dilapidated Tower Theatre in Los Angeles into an ambitious storefront and event venue. In July, Apple Piazza Liberty opened in Milan, Italy with a fountain entrance and public amphitheater.