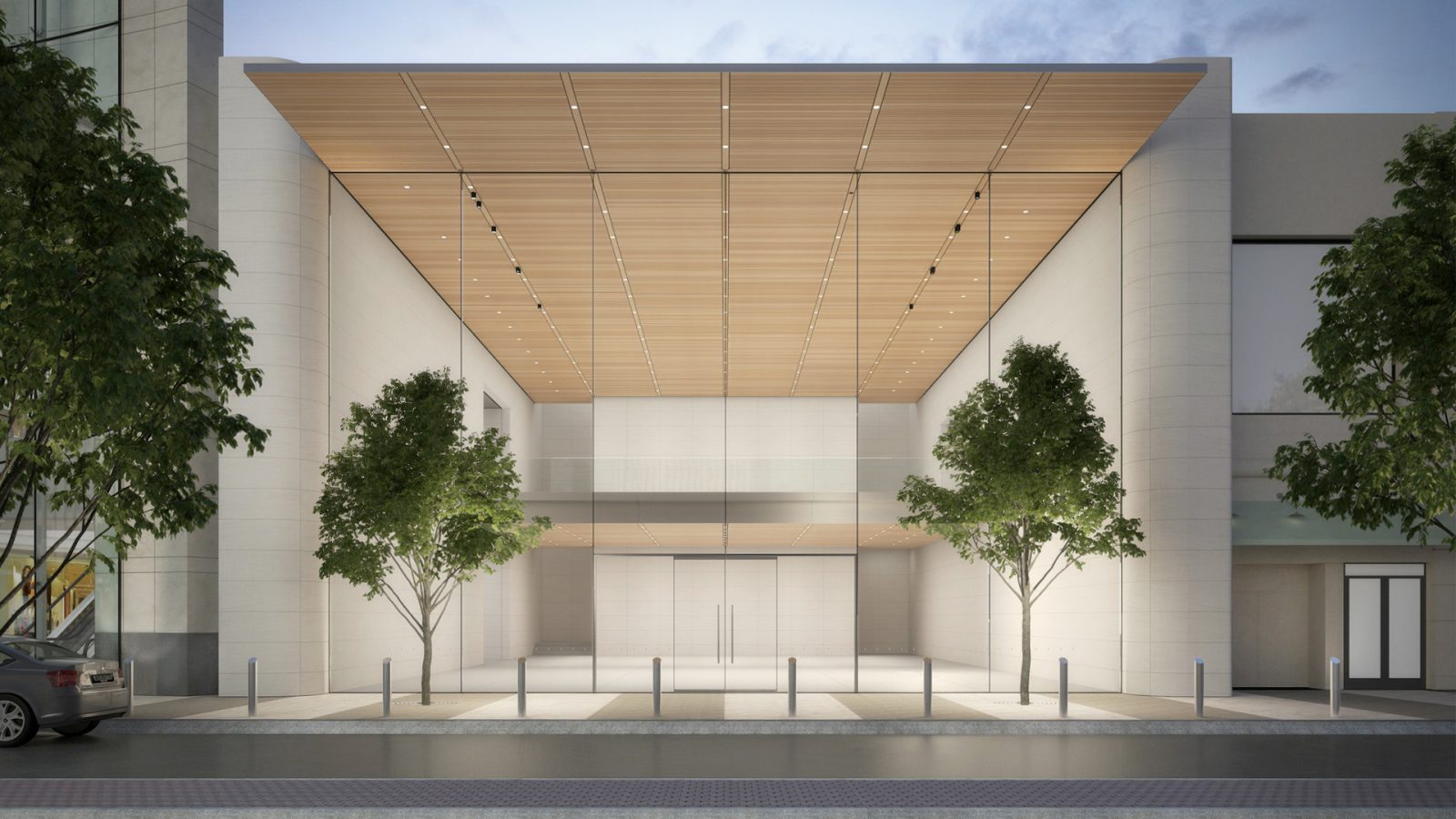 According to a new illustration surfaced today by the Atlanta Business Chronicle, Apple is planning a brand new design for its upcoming store in Atlanta’s Lenox Square shopping center. The multilevel space is said to replace Apple’s existing single floor store inside the mall, which first opened in 2002.

While details are light, the report states that plans were recently shown at a Buckhead Development Review Committee meeting for an unidentified tenant at Lenox Square. A cursory glance at the accompanying render reveals Apple’s signature retail design elements.

The updated store is said to be placed between the mall’s entrance off of Peachtree Road and a Zinburger restaurant. The space was formerly occupied by Sprinkles Cupcakes, which vacated earlier this year. According to the plans, Apple is set to completely rebuild the mall’s facade with six sweeping glass panels shaded by a wood planked roof. The store will be anchored by opposing stone walls with curved corners. A second entrance may be planned for the interior of the mall.

Apple’s design for Lenox Square is materially consistent with other recent stores in Lynwood, WA, Southlake, TX, and Lehigh Valley, PA. This is, however, the first time we’ve seen the architecture style combined with a multilevel layout. By doubling the store’s height, Apple will create a space that feels open and connected with the mall’s exterior. Local firm Schroeder Architects is heading up the project.

This isn’t the first time we’ve heard about Apple’s plans in Atlanta. In September, ToNeTo Atlanta reported that a new Lenox Square store would be complete by late 2019. Next year alone, Apple plans to modify, remodel, or relocate over 70 stores to add Forums and a Video Wall for Today at Apple sessions.

As always, feel free to share with us your photos from Today at Apple events and store openings. Follow along with 9to5Mac’s retail guide for more Apple store news.