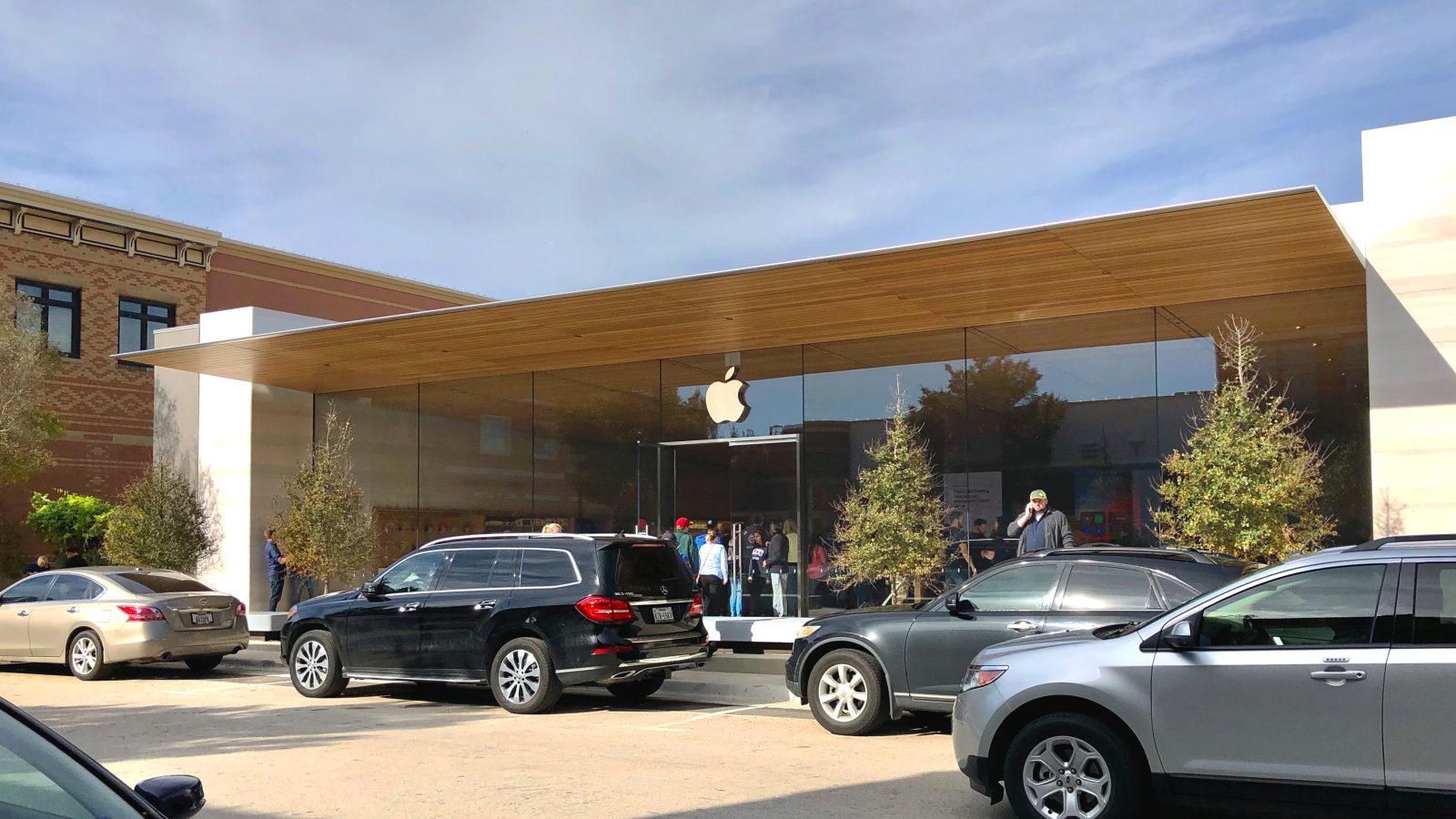 This morning in Southlake, Texas, Apple reopened its store in the Southlake Town Square shopping district with an all-new design. The grand reopening comes just in time for the release of new iPads and Macs on November 7th. Customers will recall that the store closed on March 4th of this year for renovations. Over the past eight months, Apple essentially rebuilt the store and massively expanded its footprint.

Lightly textured stone walls, a wood paneled ceiling, and a generous overhang are signature features of the new look. These architectural details were once reserved for more significant standalone stores like flagships in Chicago and Seoul. Apple now appears to be setting a precedent of bringing the same design elements to smaller locations. The result is a space that feels warmer, more natural, and very familiar. 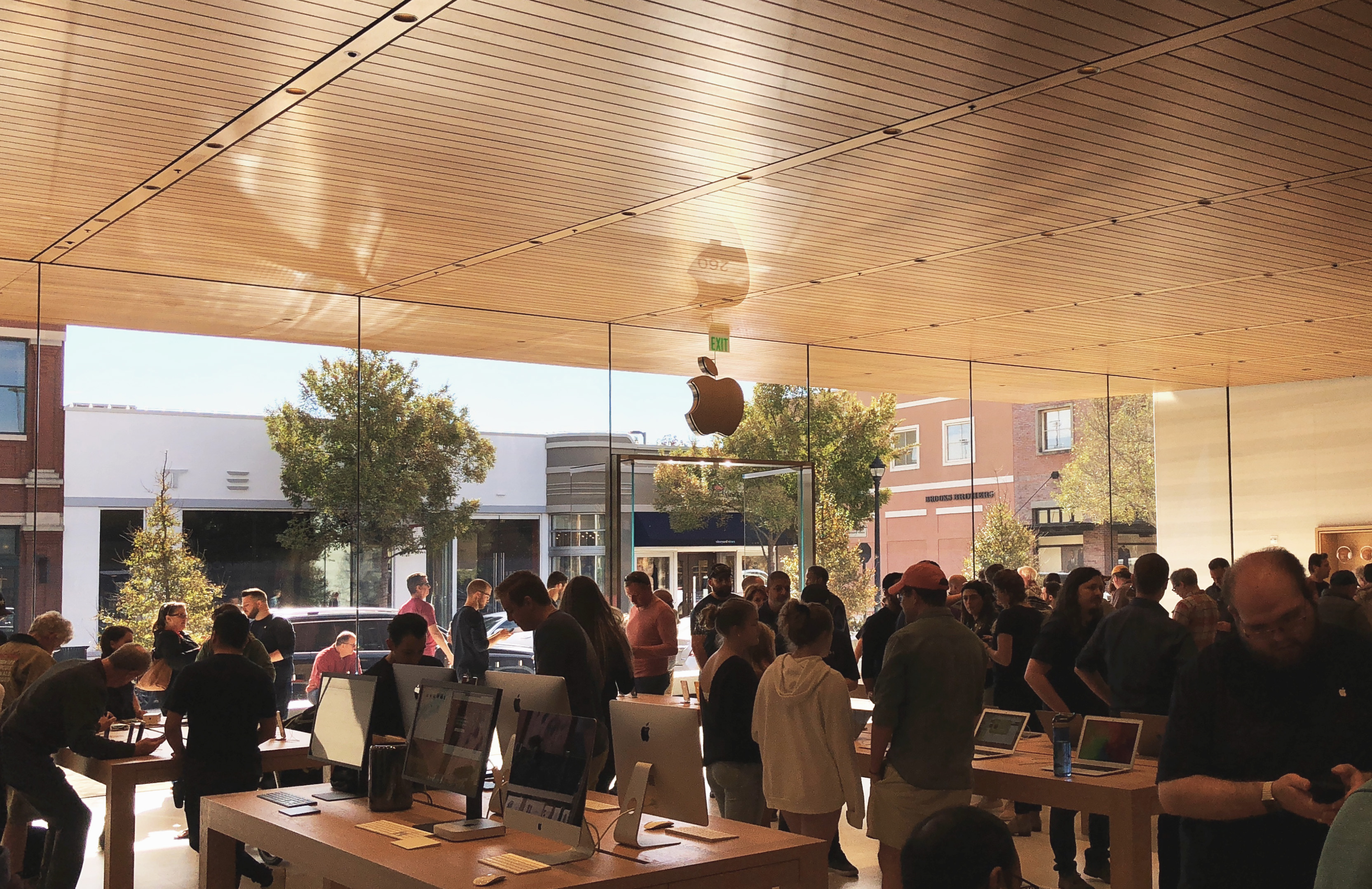 Outside, Apple has added trees and four granite benches in front of the main entry. Others have noted that similar fixtures were installed at Austria’s first store, Apple Kärntner Straße, in Vienna. Inside, a new Video Wall will help host Today at Apple content, including the 60 upcoming sessions announced at this past week’s special event in Brooklyn.

Southlake’s Apple store first opened on April 8, 2006 with a classic stainless steel facade. At the grand opening, visitors received free T-shirts and could enter to win a $2100 Digital Lifestyle Collection. The original layout featured a space called The Studio, where customers could chat one-on-one with Apple’s team of Creatives. Throughout the reconstruction process this year, @chase_111899 has meticulously documented the store’s progress. Roughly twice as wide as the original space, Apple combined its existing structure with a former Michael Kors store next door. 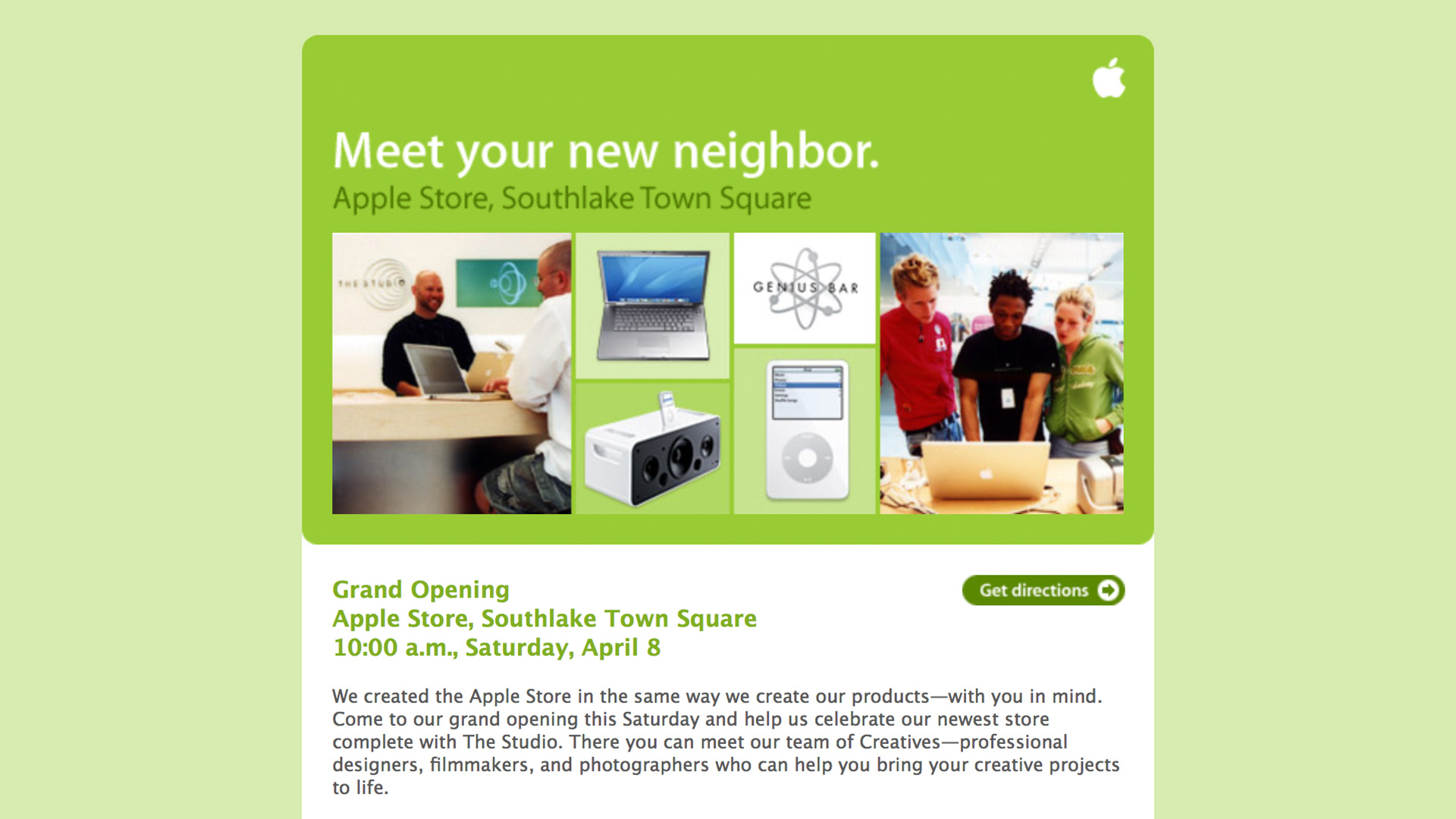 Texas will boast Apple’s latest store for just one week. On November 10th, Bangkok’s new Iconsiam Mall will become host to a major flagship, launching Today at Apple in Thailand for the first time. We also expect to see the grand opening of Apple Champs-Élysées in Paris before the end of the month, where Apple has collaborated with 15 artists to bring the store’s windows to life.

In the United States, six stores are currently under renovation including New York’s Fifth Avenue glass cube, where construction appears almost complete. Apple’s remodeling plans in the U.S. are not expected to slow down, and include the future expansion of Apple Dadeland in Miami, Florida.

We welcome your photos from Apple store openings. Follow along with 9to5Mac’s retail guide for more store news.