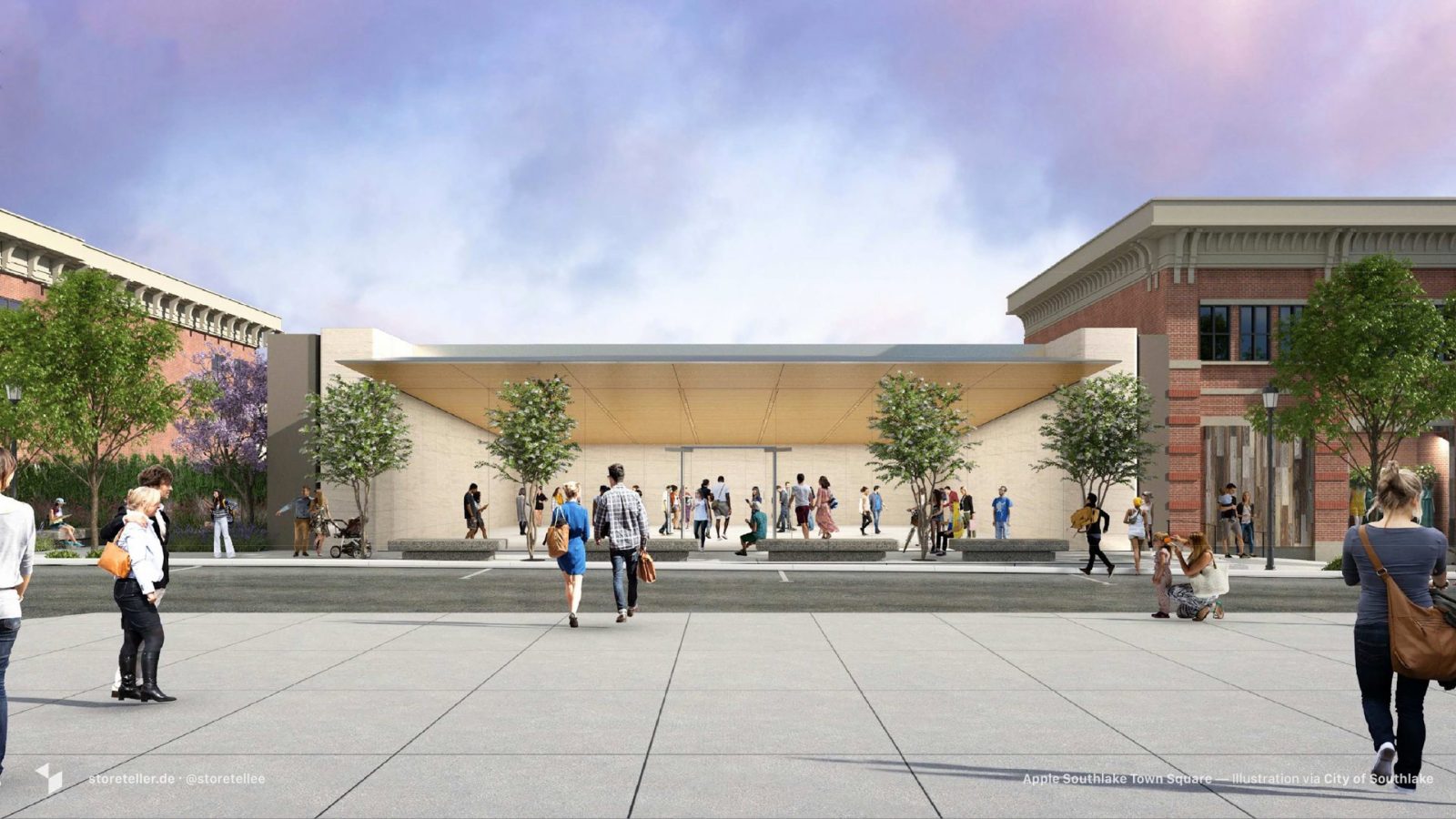 Earlier this month, we noted that Apple’s retail location in the Southlake Town Square would be closing for renovations on March 4th. Now, a new render of the proposed changes to the site sheds a little more light on Apple’s expansion plans.

In a photo published by the Community Impact Newspaper (via Storeteller), the signature design elements of Apple’s recent retail stores are clearly visible, starting with a floor to ceiling glass facade, exterior trees, seating, and a low profile, flat roof. Inside, stone walls and a wood ceiling finish off the space, which appears to offer significantly more floor space than the current structure on the same property.

The majority of new and recently remodeled Apple stores have grown in size, as the company continues to develop a more ambitious product portfolio and experiences increased foot traffic. Many of the existing retail locations in the U.S. originally opened prior to success of the iPhone and were designed for fewer customers.

Elsewhere in the U.S., Apple is planning a similar upgrade to its store in Walnut Creek, California’s Broadway Plaza. We recently brought you photos from the construction site that show the impressive new structure being framed up. Unlike the Southlake location, Apple Walnut Creek is remaining open during construction of the new store, located just down the street.

Tomorrow morning in Vienna, Austria, Apple will celebrate the grand opening of their first store in the country after renovating a historic building on the Kärntner Straße.