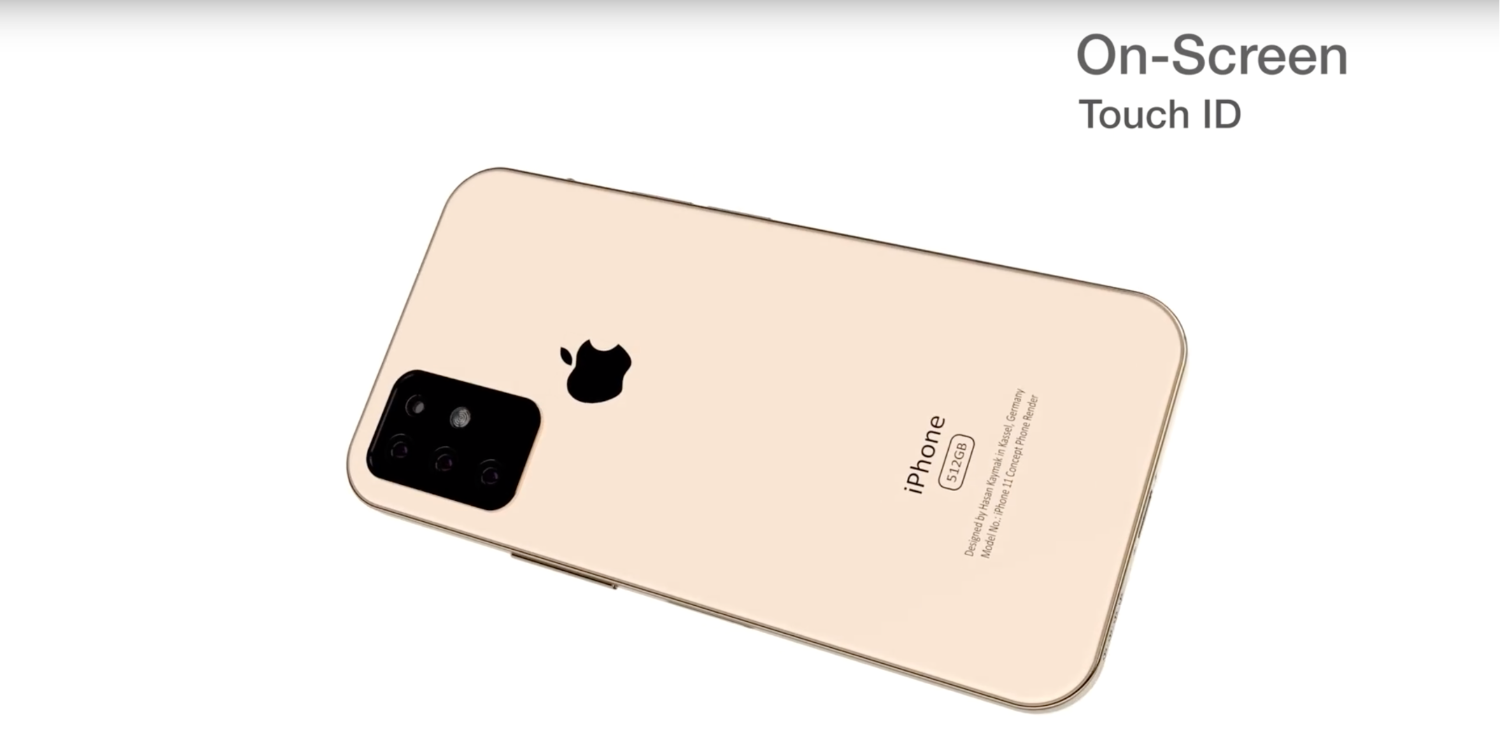 A new concept rendering video hit YouTube on Sunday showing off what an alleged redesigned iPhone 11 might look like with iPad Pro design elements merging under the iPhone X design language.

The video features an iPhone with USB-C replacing the traditional Lightning port, though more recent rumors have pointed to this probably not being the case.

As for the triple camera setup rumored to be featured on the rear, this video provides what is perhaps the cleanest implementation seen so far, at least with a square design.

Also visualized is a smaller notch where the standard earpiece speaker is nearly integrated with the surrounding stainless steel band around the phone.

While the video dives into a few fan fantasies, like in-screen Touch ID, it’s unlikely the last-generation tech will make a comeback considering Apple’s Face ID is significantly more secure than Touch ID.

Past iPhone 11 rumors have continually pointed towards a triple camera setup on the rear of the successor to iPhone XS and XS Max, with a second camera allegedly being added to an updated iPhone XR.

The video, via ConceptsiPhone, follows.

Previously, we asked our readers if you’d like an iPhone 11 with iPhone 5 design language. You can still fill out that poll right here!

What do you think about this latest iPhone 11 concept? Let us know in the comments below!