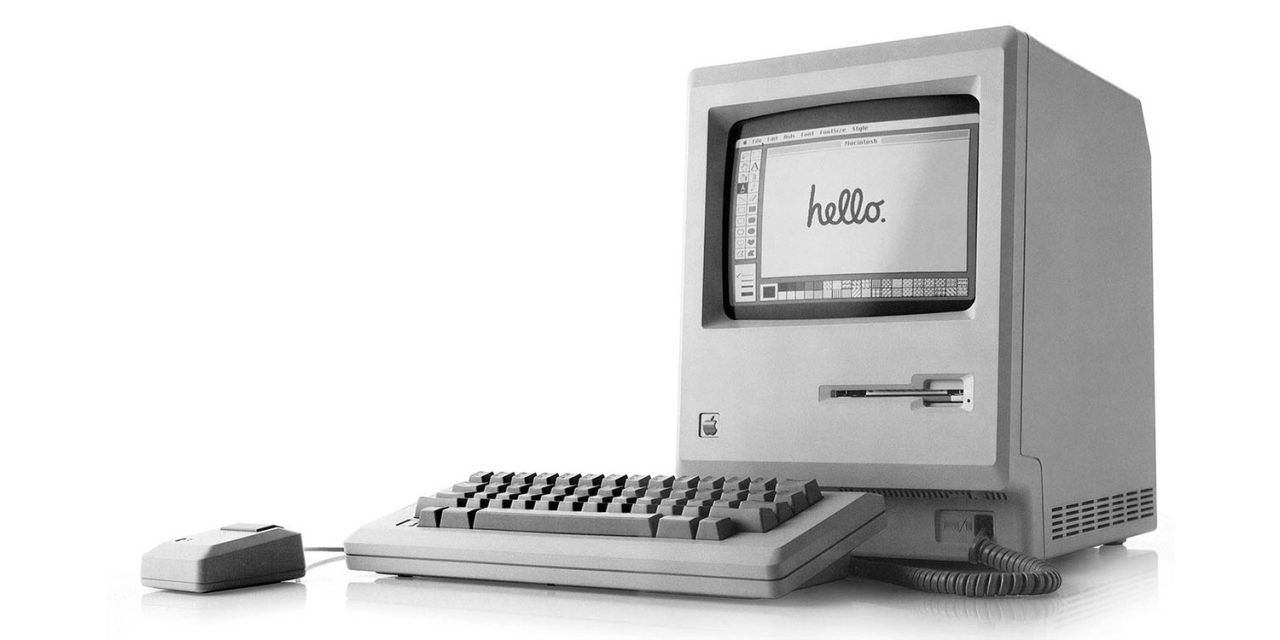 Tim Cook has tweeted a photo of the first Macintosh – unveiled by Steve Jobs on January 24, 1984 – in celebration of the 35th anniversary of the Mac.

35 years ago, Macintosh said hello. It changed the way we think about computers and went on to change the world. We love the Mac, and today we’re proud that more people than ever are using it to follow their passions and create the future …

Apple first teased the machine two days earlier in a Super Bowl commercial, 1984. Directed by Ridley Scott, it was aired exactly once on national television – which was enough. It was so dramatic that TV news channels featured it, giving it millions of dollars of free airtime.

On January 24, Steve Jobs pulled it out of its bag and it famously introduced itself using a crude but, for the time, wow-inducing text-to-speech app. You can watch the video below.

The Macintosh was launched a year after the LISA as a more affordable way of bringing the mouse-driven machine to market. Even so, it wasn’t cheap, at $2495 without the ‘optional’ external floppy drive that was all but essential in real-life use, the equivalent of more than $6,000 in today’s money.

The machine was powered by a Motorola 68000 CPU running at 8HMz, and had just 128K RAM. The display was a 9-inch black-and-white monitor with a 512×342 pixel resolution which was actually hi-res for the time! The built-in floppy drive used 3.5-inch disks with a capacity of 400K.

The machine was supplied with MacWrite and MacPaint software, enabling people to do useful work on it right away.

I had already fallen in love with the LISA, but at more than $20,000 in today’s terms, it was way out of reach. The Macintosh was only affordable because, in those days, Apple offered it to journalists at a 60% discount. I bought it with the external floppy and ImageWriter dot-matrix printer.

You needed the external floppy because otherwise writing anything on it required constant swapping of the System, MacWrite and data disks. Even with it, you still needed to eject the MacWrite disk to save your work, and the maximum number of pages in a MacWrite document was eight, after which you had to continue in a second document.

Despite these limitations, I absolutely adored the machine. This was – after command-line PCs – how a computer ought to work. I knew then it was the future.

Apple upgraded my machine twice, first to the Fat Mac spec (512K RAM) and then to a Macintosh Plus: 1MB RAM and an external SCSI bus – which was later used for my first Mac hard drive, all 20MB of it. I used it up until 1989, when I replaced it with the Macintosh Portable. That five-year lifespan has been typical of my Mac ownership since.

If you’re interested in a look back at some key points in the history of the machine, I created an infographic back in 2014 to celebrate the 30th anniversary of the Mac.

Anyone else here have early memories of the Macintosh? Do share them in the comments.