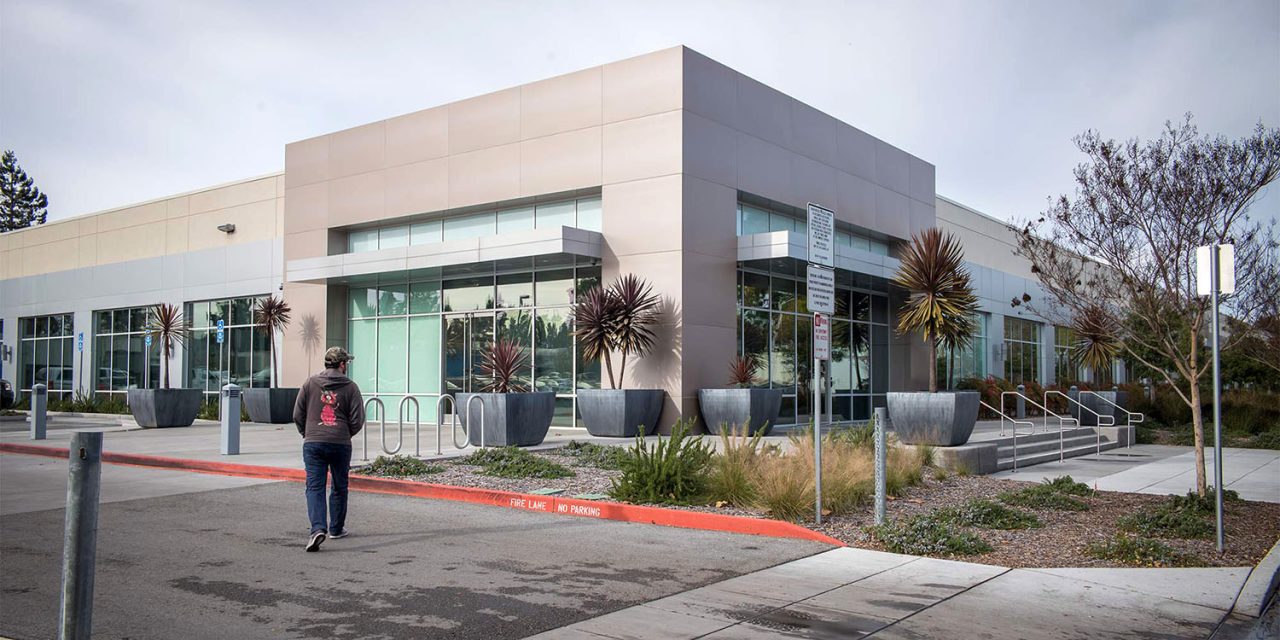 Apple’s famously secretive approach to new product development involves a wide range of precautions. For contractors at a so-called Apple Black Site, this can include not being allowed to book an Uber ride home from the facility …

Bloomberg reports on one of these low-key satellite offices.

This building is as bland as the main Apple campus is striking. From the outside, there appears to be a reception area, but it’s unstaffed, which makes sense given that people working in this satellite office—mostly employees of Apple contractors working on Apple Maps—use the back door. Workers say managers instructed them to walk several blocks away before calling for a ride home. Several people who worked here say it’s widely referred to within Apple as a “black site,” as in a covert ops facility.

One of the challenges, say workers, is that employment conditions don’t match those offered at an official Apple campus, with some trivial but still irritating complaints.

Inside the building, say former workers, they came to expect the vending machines to be understocked, have to have to wait in line to use the men’s bathrooms [and were] not allowed to use the gym.

As contractors rather than employees, they also lack any security of employment. A typical assignment is 12-15 months, and one anonymous contractor said not everyone lasts that long.

It was made pretty plain to us that we were at-will employees and they would fire us at any time. There was a culture of fear among the contractors which I got infected by and probably spread.

Benefits, too, can be extremely poor.

Apex cut the maximum amount of paid sick time employees could take annually from 48 hours to 24 hours, saying the policy would go into effect in two days, according to two current employees and an internal email viewed by Bloomberg.

That was the final straw for some, with more than a dozen of them quitting in response, citing illness as the reason.

One obvious reason for wanting to work for Apple is that it looks great on a CV. But many contractors at an Apple Black Site don’t get that benefit. Those who work at this facility – and many others like them – aren’t contracted by Apple directly, but through a company called Apex Systems.

Apex managers initially distributed specific wording they could include on their LinkedIn profiles referring to their employer as Apple, via Apex Systems. Last summer, Apex said they had to remove the word “Apple,” describing their employer only as “A Major Tech Company Via Apex Systems,” according to two former employees.

If working at an Apple Black Site sounds exciting, and good for your future career, that isn’t necessarily the case, say some of those who’ve lived through it.

“It sounds good when you say you work at Apple, but when you’re not being paid the same amount, and you’re not treated the same way, it gets old quickly,” [said one former contractor].

An FBI filing last week gave us insight into a few of the steps Apple takes to protect its secrets.