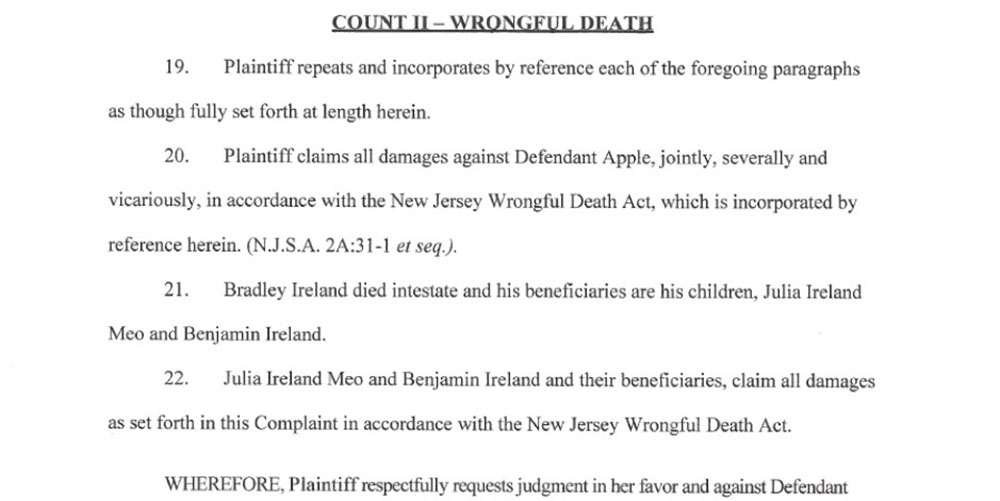 A wrongful death lawsuit has been filed against Apple in New Jersey after a man died in an apartment fire which allegedly began when his iPad burst into flames.

The lawsuit suggests that the iPad ‘was unreasonably dangerous and unsafe’ and as such Apple is responsible for the wrongful death of Ireland.

The nature of the lithium ion batteries used in smartphones, tablets and other mobile devices does include a risk that a tiny proportion of them will catch fire. This is sometimes the result of impact or extreme temperature, but can include spontaneous incidents too.

There have been a number of cases of both iPads and iPhones catching fire. The incidence of lithium-ion battery fires is around one in 10 million, but when a product is manufactured in the tens of millions, that does mean there will be a number of fires each year.

Though rare, lithium battery fires tend to be both sudden and fierce, some describing them as exploding rather than simply burning.

Back in 2017, Samsung was forced to recall its Galaxy Note 7 after a design defect dramatically increased the incidence of fires in that device.