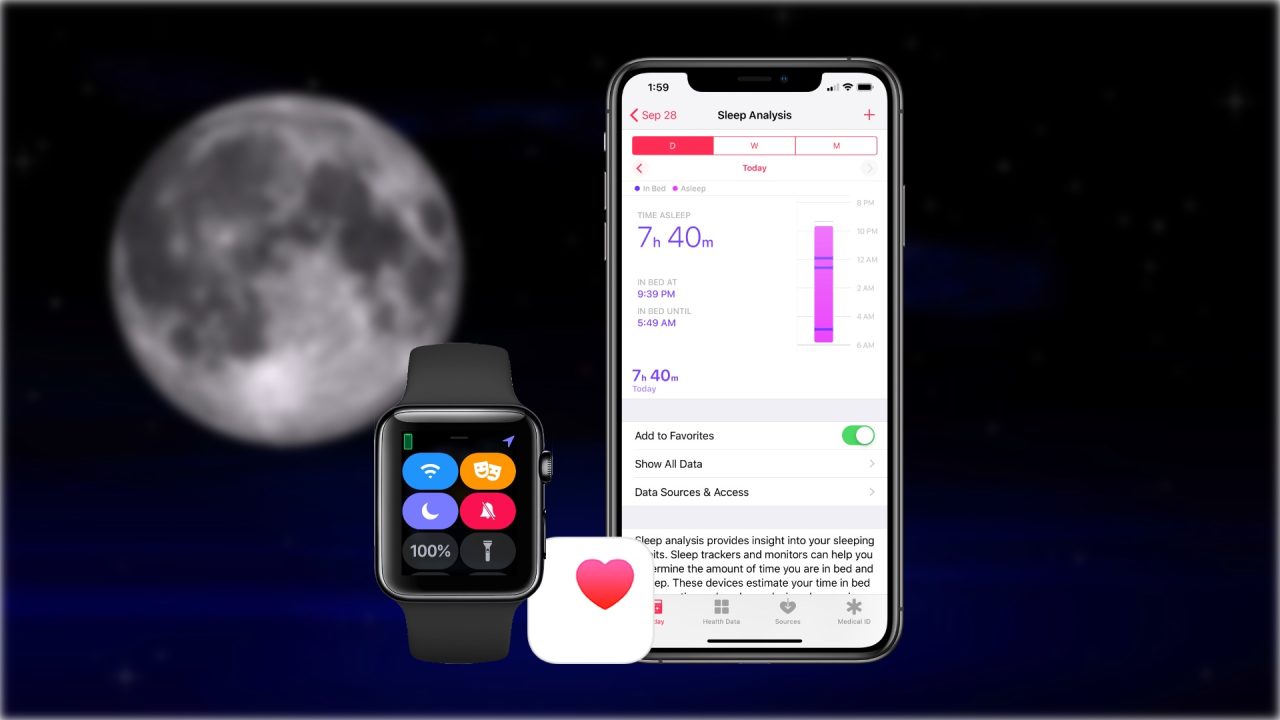 The company acquired sleep monitor hardware maker Beddit in 2017, and sells the Beddit monitor in Apple Stores. It even released a minor hardware update to that sensor late last year. Ever since Apple acquired Beddit, people have presumed that the company is working on sleep tracking integrated into the Watch.

Right now, in regard to sleep tracking on the Watch, Apple currently offers no inbuilt functionality for sleep tracking. Third party Watch apps, like AutoSleep, work reasonably well and can sync data to the Health app on the iPhone. The iPhone Clock app’s Bedtime Alarm can contribute to a user’s Health data based on the alarm time set and detected phone activity, as a rough approximation of sleep hours. It is clear that a proper first-party solution would be beneficial for the product line.

Competitors to the Apple Watch, like the Fitbit Versa, have natively supported sleep tracking for many years.

It’s not clear how Apple would tackle the battery life issue. Currently, Apple recommends charging Apple Watch overnight — which obviously precludes sleep tracking. A future Apple Watch may offer more battery life that makes this issue go away, or the Watch software could enter a lower-power ‘sleep mode’ for overnight use. One possible outcome is that Apple adds sleep features in a watchOS software update for existing users, and doubles down with exclusive sleep features in a future Apple Watch model.

Despite Apple’s recommended usage pattern, many customers already wear their watch to bed and charge it in the morning whilst they are washing and getting dressed.