iPad Pro Diary: I finally found a reason to have an Apple Pencil 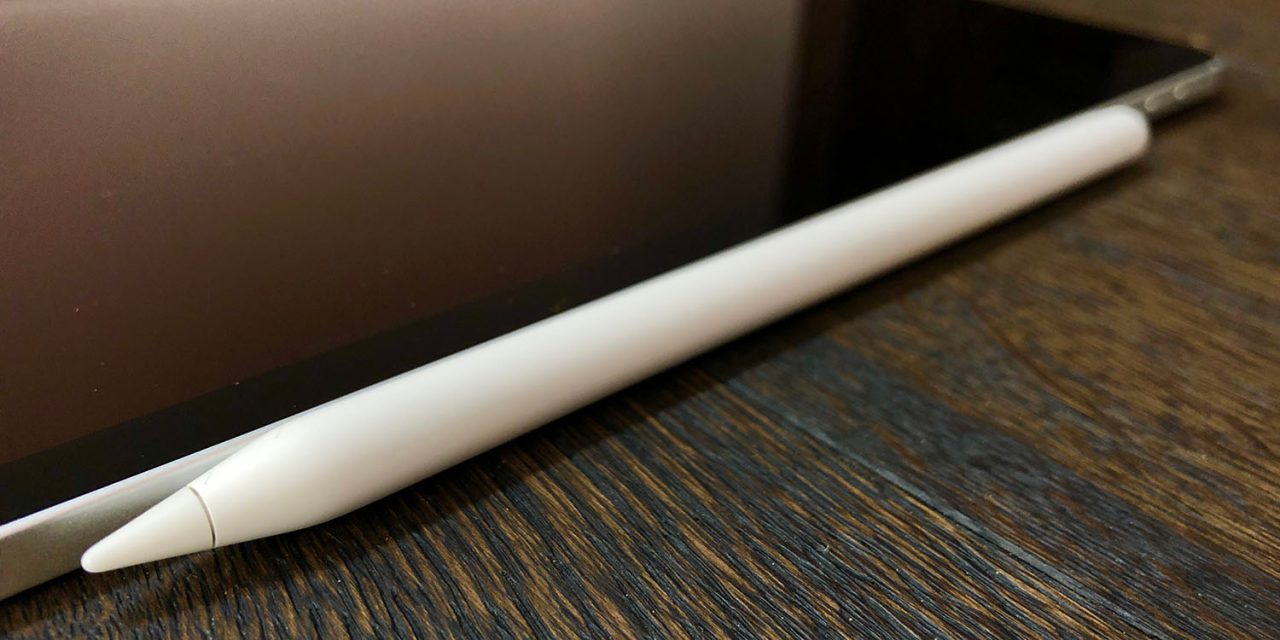 There are two Apple products I was pretty sure weren’t for me. The first was the Apple Watch.

To be fair to myself, I didn’t state outright that I would never buy one, only that I was a skeptic.

Although I can’t see an actual problem I need the watch to solve, that’s not the same as considering it a useless device. I can see potential applications for it, I’m just not sure they amount to a sufficient reason to own one.

I now wear one everyday. But there seemed no doubt at all that I had no possible reason to want an Apple Pencil …

I cannot draw. At all. Never have, and have never had any desire to learn. I have more than enough creative outlets already, between writing, photography and video.

And I hadn’t handwritten anything for probably close to two decades. My work and creative writing is typed on my Mac and iPad. My calendar and contacts are of course electronic. And any other things that some people jot down – like reminders, shopping lists, meeting summaries, etc – I type into Apple’s Notes app or have Siri do it for me.

I remember when the Apple Pencil came out, and various people here were trying to persuade me I needed one. My question was: What for? How would I use it?

I did find an excuse to try the first-gen one, back when we were apartment-hunting. The idea was that most property details were provided as PDFs, so I could annotate these on my iPad when we viewed places. I did that about three times before deciding it was no more efficient than just typing notes.

But I just bought the second-gen one, and for the unlikeliest of reasons: helping me with dance lessons.

I started learning Argentine tango back in September. As anyone who’s ever tried it will know, the learning curve is pretty fierce. The generally accepted wisdom is that you remain a beginner for at least the first two years, and even maestros still practice their walk – the most fundamental aspect of the dance – every day.

Tango is also somewhat paradoxical. It’s a completely improvised dance, in that you can decide how to express the music on a step-by-step basis. At the same time, there are ‘figures’ – sequences of movements – which are used to provide examples of things you can do. The long-term aim is to learn not the sequences themselves, but rather to use the component parts to create your own free-form movements. In the short-term, however, you tend to dance the figures.

Which means learning them. And for the leader, you need to know not only your own steps, but also those of the follower, so that you can lead them effectively.

An actor-dancer friend gave me a tip. She suggested drawing diagrams. She said that the act of creating your own drawings – representing things in a way that makes sense to you – helps embed them into your memory. I originally tried this in a notebook, but that didn’t really work: I don’t carry one around with me, and it would take me multiple attempts to create a halfway decent version of a diagram, so that involved a lot of torn-out pages. My iPad and an Apple Pencil seemed tailor-made for the job, so I ordered one.

Impressions of the Apple Pencil

I have to say that I’m impressed.

First, the pairing system couldn’t be simpler. Attach it to your iPad magnetically, it asks if you want to pair it, you say yes and it’s done.

Second, Apple has solved the problem of where to store the Pencil. With the original model, you could use a case or sleeve with a slot for it, but that wasn’t a great solution if you sometimes use the iPad on its own.

The magnetic attachment is really strong: it feels totally solid, and I happily wander around with it both inside and out without any fear that it will fall off.

Third, it’s always charged. Although you could charge the original version very quickly, combining storage and charging in a single solution is very elegant. Plus you get a battery power update every time you re-attach it.

It’s a shame all this had to come with a price-bump, but I think it’s a decent trade-off for the extra $30.

I do have one very minor complaint about that: it’s a two-step message when it could and should be just one. When you attach it, first you see this message for about a second:

Then you get this one:

What’s the point of the first one? It just adds a short but still annoying delay before you see the charge level.

As a non-handwriting, non-drawing person, I’m the last person in the world to comment on the feel and how it compares to a real pen or pencil. But what I can say is that it feels really smooth, and the palm-rejection is absolutely perfect. The only issue I’ve had is occasionally exiting the drawing and activating the keyboard by mistake.

The Undo button makes it easy to correct mistakes. The double-tap to switch between the current writing instrument and the eraser is a really cool piece of UI – though I realised that I sometimes idly tap the pencil when I’m thinking about how best to represent something, so I have had a few accidental switches.

The final result does look very, very much like pencil on paper, both when viewed on the iPad and on the Mac. I initially thought the Mac view was poor quality, but it turned out it loads a lower-res version first and then you get the hi-res view.

Less impressed by the marker pen

Mostly I was just using the actual pencil mode, but there’s also a musicality exercise, where you listen to a song and create a visual representation of it. I won’t share any of mine, as they all look like a three-year-old was attempting an Impressionist painting of a coastal landscape, but I used the marker pen for these.

I was a little less impressed by the marker pen. The pressure-sensitivity works well, but I felt like I was pressing worryingly hard to get a really dark colour – almost to the point where I was afraid of cracking the display.

Similarly, the thickness control, which is achieved by tilting the pen, felt awkward. I had to tilt the pencil a lot to get a relatively small difference. I’d like to see that fine-tuned somewhat.

But overall, as a non-writing, non-drawing person, I’m impressed! I’m not going to switch from typing to handwriting for anything else, and I’m certainly not going to be taking up drawing as a hobby, but for my one specific task, it’s a great solution.