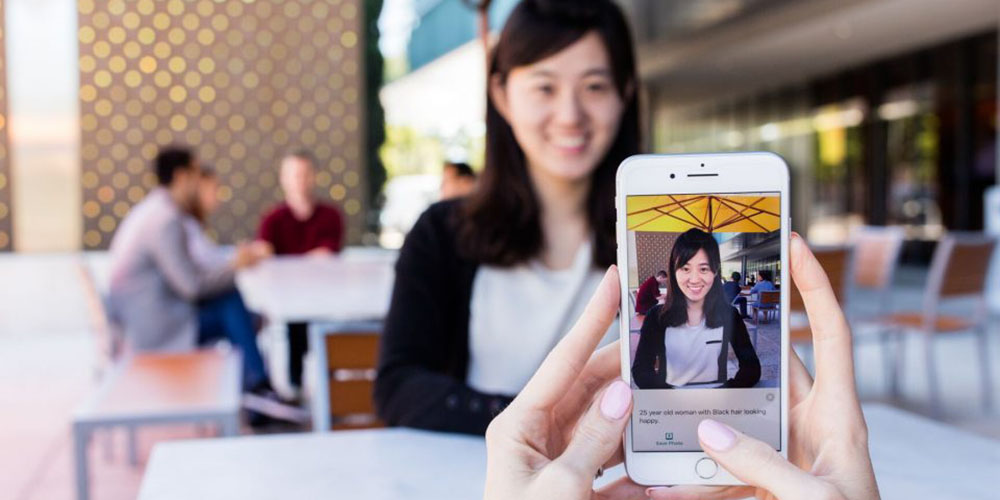 Seeing AI has to count as one of the most transformational apps ever created, narrating the world to blind and low-vision users, and it just got more powerful still in the latest update.

In a new blog post, Microsoft starts by reminding us what the app does.

Seeing AI provides people who are blind or with low vision an easier way to understand the world around them through the cameras on their smartphones. Whether in a room, on a street, in a mall or an office – people are using the app to independently accomplish daily tasks like never before. Seeing AI helps users read printed text in books, restaurant menus, street signs and handwritten notes, as well as identify banknotes and products via their barcode. Leveraging on-device facial-recognition technology, the app can even describe the physical appearance of people and predict their mood.

The headline new feature in the accessibility app is what the company calls ‘exploring photos by touch.’

This new feature enables users to tap their finger to an image on a touch-screen to hear a description of objects within an image and the spatial relationship between them. Users can explore photos of their surroundings taken on the Scene channel, family photos stored in their photo browser, and even images shared on social media by summoning the options menu while in other apps.

In other words, it brings to photos the same sorts of capabilities already offered for the live camera view.

The latest version also offers native iPad support, and makes it easier to select the things of greatest interest in a scene – what Microsoft calls channels.

Users can now customize the order in which channels are shown, enabling easier access to favorite features. We’ve also made it easier to access the face recognition function while on the Person channel, by relocating the feature directly on the main screen. Additionally, when analyzing photos from other apps, the app will now provide audio cues that indicate Seeing AI is processing the image.

Seeing AI was launched in 2017 on iPhone-only, and got a major update later the same year. This added color-recognition, identification of bank notes in four currencies, a light detector, and handwriting recognition.

You can read more about the app here. Seeing AI is a free download from the App Store.