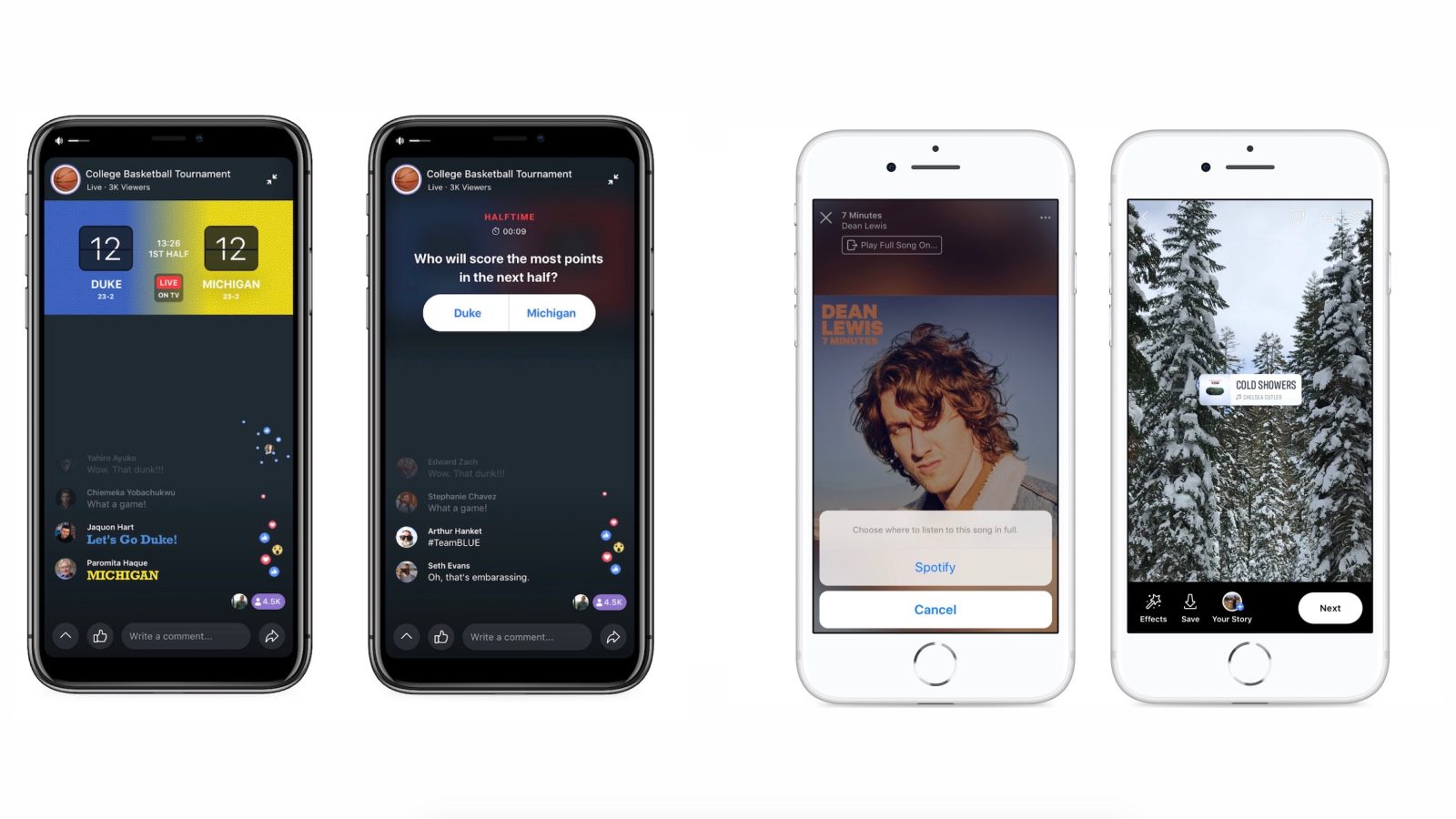 At SXSW this week, Facebook has announced new features for its Facebook Watch platform, as well as integration with Spotify. Facebook is rolling out Watch Party support for live TV, while also making it easier to listen to full songs through Spotify.

Facebook’s Watch Party feature allows users to watch videos together in real-time, and now it will support live TV in addition to videos already on Facebook. This means users will be able to talk about what’s currently airing on live TV through the Watch Parties platform:

We’re introducing a new Watch Party experience that will enable people to host Watch Parties around what’s happening on live TV. People already come to Facebook to talk about exciting events and TV moments — now they’ll have a better way to do this together in real time.

Facebook offers an explanation on how it will work:

When you start a Watch Party, you’ll see a new option called “on TV,” where you can select the live game. From there, the Watch Party will feature the live game score as you discuss and react in real time alongside other fans.

Facebook has long integrated music through feature like Lip Sync Live, Stories, and Profiles. Now, Facebook says that you can tap through to Spotify when you come across a song, allowing you to listen to the song in full:

Today, we’re introducing a new feature: from a song on your profile, we’re making it possible to tap through to Spotify — so people can listen to the full song and discover more from that artist. We’ll be adding other partners in the near future as well.

Read all of the details in Facebook’s full announcement post right here.