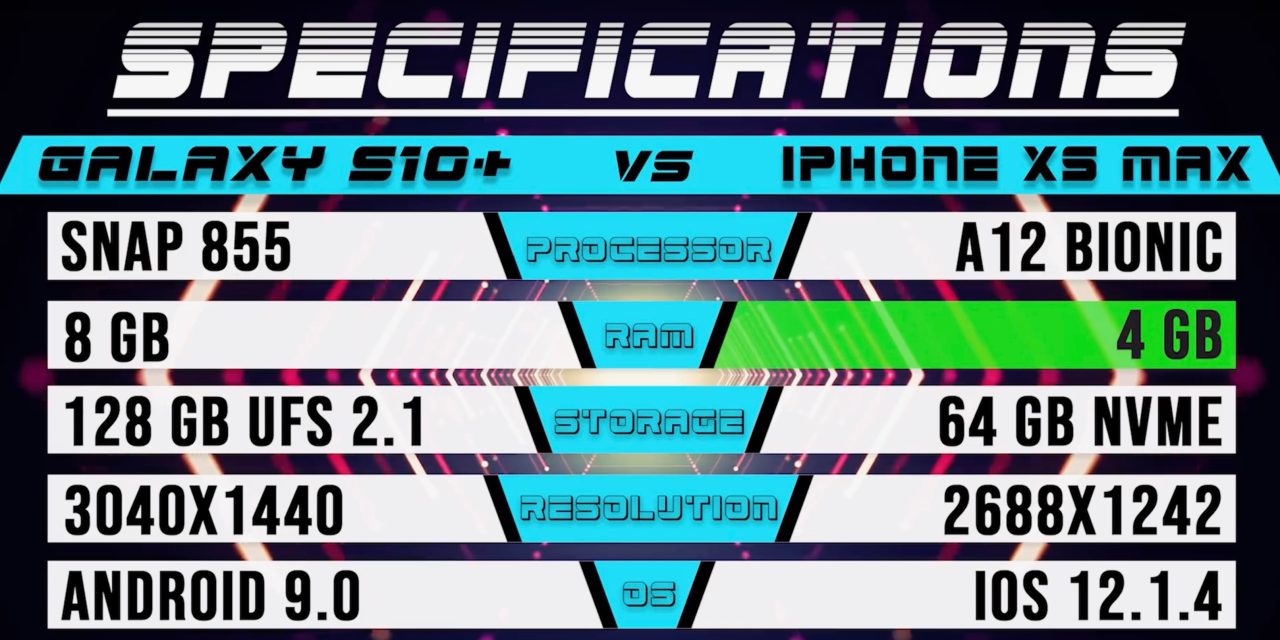 Over the last four years, iPhone has consistently beaten out Samsung’s flagship smartphones in speeds tests. Now, YouTuber PhoneBuff has put the new Galaxy S10+ up against the iPhone XS Max and it has finally lost its speed test crown.

Last year, we saw the iPhone XS Max beat out all other smartphones in app loading-style speed tests. That included wins over the Galaxy Note 9, Google Pixel 3, Huawei’s Mate 20 Pro, and more.

Today, however, as PhoneBuff notes is the first time since the Galaxy Note 5 that a Samsung smartphone has beat an iPhone. The XS Max beat the Galaxy S10+ in the first lap of the test by four seconds, but performed slower in the second lap. Overall the Galaxy S10+ beat the XS Max by 16 seconds after the XS Max wasn’t able to keep Microsoft Excel and Word in its memory.

PhoneBuff notes that not only did he run multiple tests, but he ran a total of 9 trials over multiple days to get the most accurate results.

Notably, the Galaxy S10+ has the same 8GB of RAM that the Galaxy Note 9 (which lost to the iPhone XS Max) but it has an upgraded processor with the Snapdragon 855. In the past, the iPhone XS Max has been able to make up for the difference in RAM between its Android competitors with its tight optimization of hardware and software. But that wasn’t the case with this latest stand-off.