One week out, New York Times and Washington Post still not signed up to Apple News deal 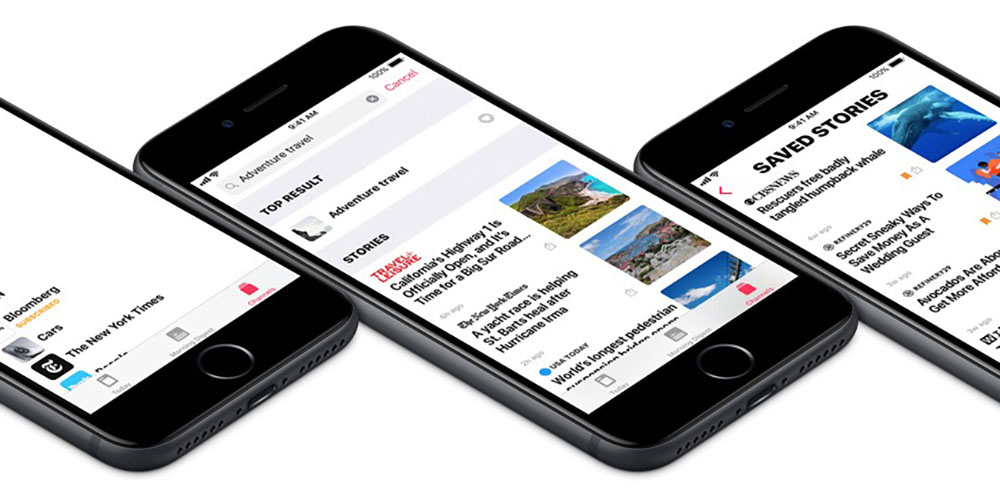 Just a week before Apple is due to announce its Apple News subscription service, expected to cost $10/month, at least two major US newspapers have reportedly not yet signed up.

Business Insider says that it has talked to half a dozen publishing execs with knowledge of the negotiations.

Apple has been courting the major national newspapers but to date, The New York Times and The Washington Post have not joined, say people close to the situation. The Wall Street Journal is having productive talks with Apple and sees the service as a way to bring its journalism to a much bigger audience, say people familiar with its thinking.

Execs say Apple has been pointing to Apple Music as evidence that it can make a success of an all-you-can-eat subscription model for publishers as well as the Cupertino company, but publishing execs say that’s based on flawed logic.

But the critics say that comparison is flawed. Music, along with entertainment, is inherently different from news. A lot of news articles are interchangeable in a way that music artists or movies aren’t. Plus, most people don’t want 100 magazines; they just want the ones they’re already fans of.

One magazine exec that has declined Apple’s offer says the company doesn’t seem to understand the difference between music and magazines. People want access to a wide range of music, but typically only read maybe one or two magazines each month.

Magazines are passion points, whereas music, you do want a library.

Many newspapers, for their part, think it simply makes no financial sense to be part of an Apple News subscription service.

In all, $5 per subscriber per month would be shared across all the publishers. Compare that to the $10 and up per month that top publishers are getting from people who subscribe directly. The New York Times charges $15 a month for digital access while The Wall Street Journal charges $39 and The Washington Post charges $10.

“Taking the 85 million (or even assuming major growth as a result of the new bundle service), if you put those numbers into a subscription funnel, no publisher will see a significant lift in subscribers,” said another publisher who’s sitting out the service.

For magazines, this might be bonus money – but if someone can cancel their $15/month NYT subscription and pay $10 instead to Apple News, with just pennies funneling through to the paper, that represents a huge lost revenue stream.

Apple’s event on March 25 will focus on its upcoming streaming video service, but a subscription version of Apple News is also expected to be announced at the same time.