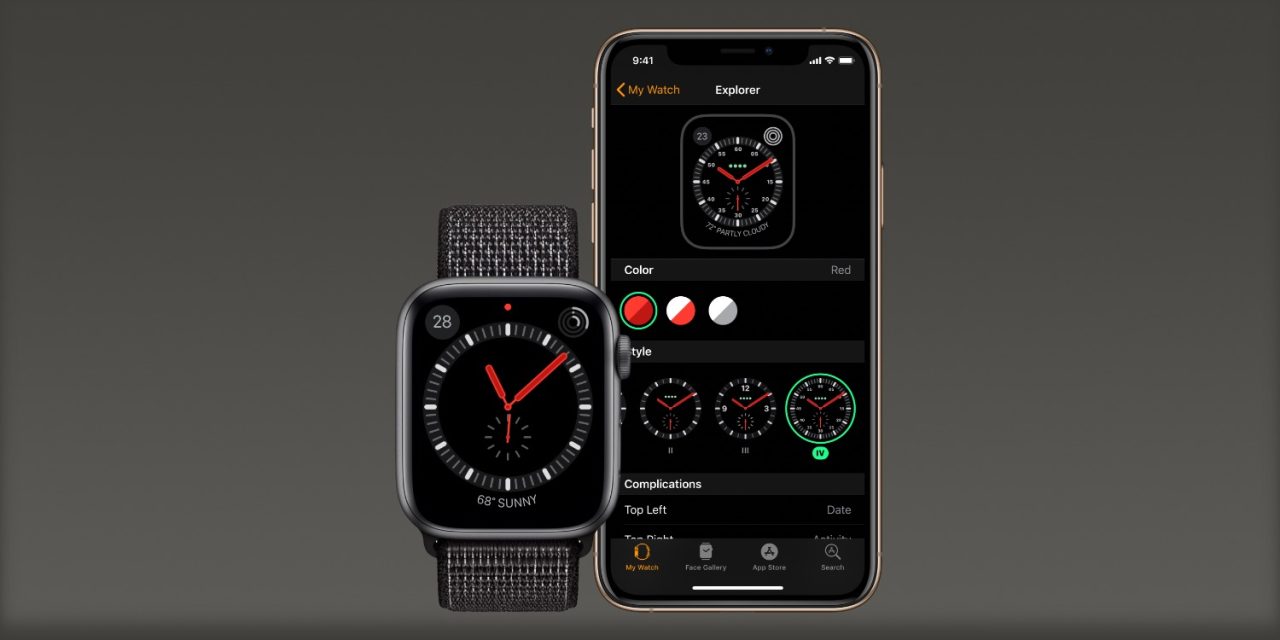 Notice something weird about your Apple Watch since updating to watchOS 5.2? There’s a software bug affecting the Explorer watch face on the latest Apple Watch update.

The Explorer face, recognized for its bold red watch hands, is only available on the cellular models of Apple Watch Series 3 and later; GPS-only models and older watches don’t feature the special analog watch face.

If you do have the Explorer face, you may notice that the minute and hour numbers are missing since updating to this week’s watchOS 5.2 software update. The Explorer watch face is presented correctly in the Watch app on the iPhone, but minuter and hour numbers have vanished on the actual watch face running on the Apple Watch.

Since the Explorer watch face is still presented correctly on the iPhone’s Watch app, we can only assume this is a software bug and not a design change. Comically, the second and third style of the Explorer face are barely distinguishable without the optional hour numerals present.

Apple has a new watchOS software update shipping to developers today for testing, version 5.2.1, so we’ll dive in and see if the Explorer bug is resolved in the new beta release.

In the meantime, you’re not alone if your Explorer face lost its numbers. The good news is that the watchOS update expands Apple’s ECG app beyond the US into Hong Kong and 19 countries across Europe.