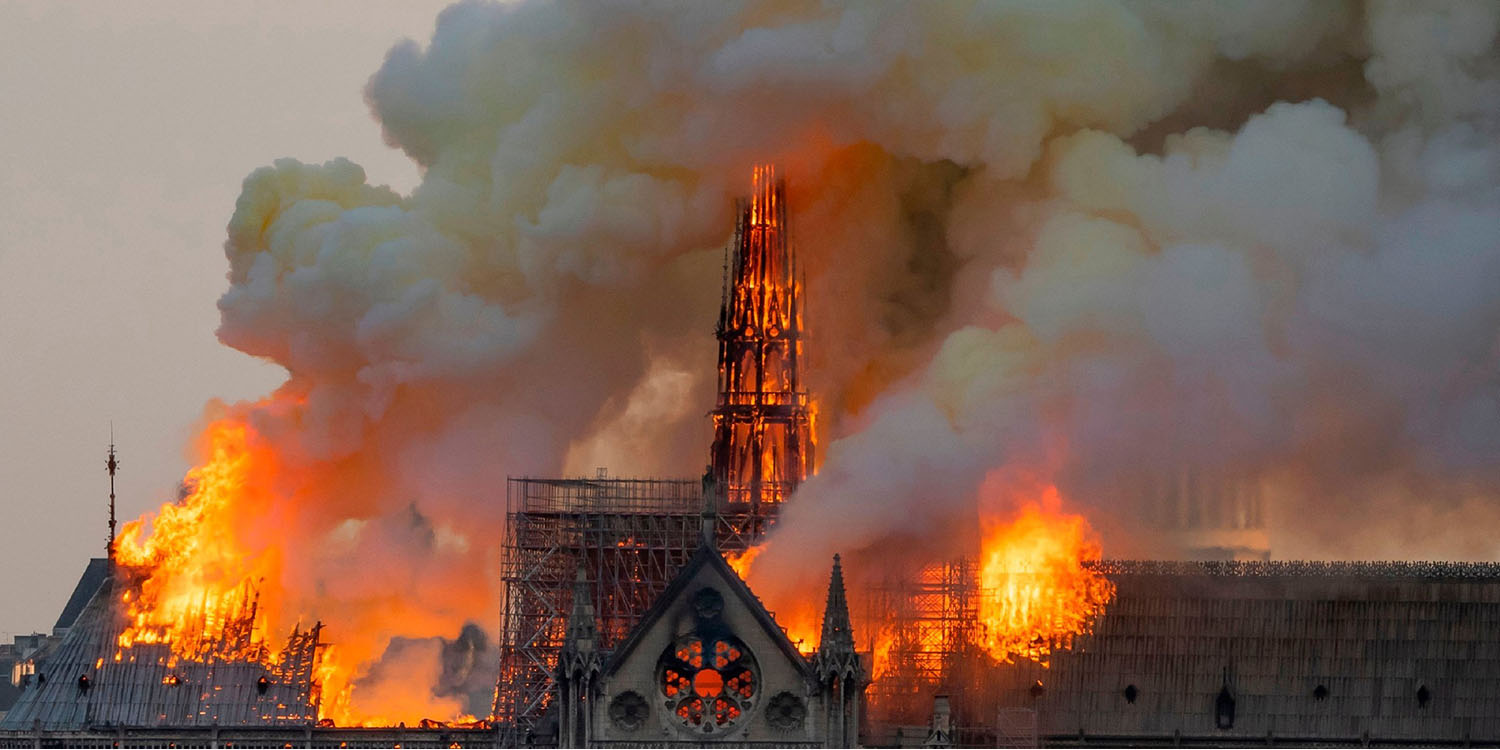 Tim Cook has tweeted a commitment that Apple will help to fund the rebuilding of Notre-Dame de Paris, the famous French cathedral which was devastated by fire last night.

The fire burned for 15 hours, completely destroying the roof of the 850-year-old landmark, as well as causing the spire to collapse …

Fears grew that the cathedral’s famous towers would also be destroyed. But while a number of fires did begin in the towers, French Deputy Interior Minister Laurent Nuñez said they were successfully stopped before they could spread […]

Fire brigade spokesman Lt-Col Gabriel Plus said: “The whole of the roof has been devastated… a part of the vault has collapsed, the spire is no more.”

However, it could have been much worse. Mr Nuñez said that, had fire crews not entered the building, “without doubt it would have collapsed.”

Photos show that at least one of the famous rose windows remains intact, along with chancel windows surrounding the altar area, the cross on the altar, the pulpit and pews. A number of religious artefacts were also removed from the cathedral by human chain as the fire took hold.

The BBC reports that hundreds of millions of Euros have already been promised, as the government vows to reconstruct a building that has served as a site of pilgrimage for Catholics throughout the world, as well as one of France’s biggest tourist attractions.

French President Emmanuel Macron vowed to reconstruct the historic building even as the fire still burned, while two French business magnates had pledged about €300m ($339m; £259m) between them by early Tuesday […]

Another €200m was pledged by Bernard Arnault’s family and their company LVMH – a business empire which includes Louis Vuitton and Sephora – on Tuesday morning, according to Reuters news agency. Total, the French oil giant, has also pledged €100m.

The French charity Fondation du Patrimoine is launching an international appeal for funds for the cathedral, a Unesco World Heritage site.

Macron said that France expected the Notre-Dame to be rebuilt.

“We’ll rebuild this cathedral all together and it’s undoubtedly part of the French destiny and the project we’ll have for the coming years,” said Mr Macron.

“That’s what the French expect [and] because it’s what our history deserves,” he added, visibly emotional, calling it a “terrible tragedy”.

Cook hasn’t yet said how much Apple plans to donate.

We are heartbroken for the French people and those around the world for whom Notre Dame is a symbol of hope. Relieved that everyone is safe. Apple will be donating to the rebuilding efforts to help restore Notre Dame’s precious heritage for future generations.🇫🇷

An investigation into the cause of the fire is underway, but it is believed at this stage to be an accident. Renovation work was in progress at the time the fire began.