Review: Elgato Thunderbolt 3 Pro Dock – yet another option for adding I/O to your Mac [Video] 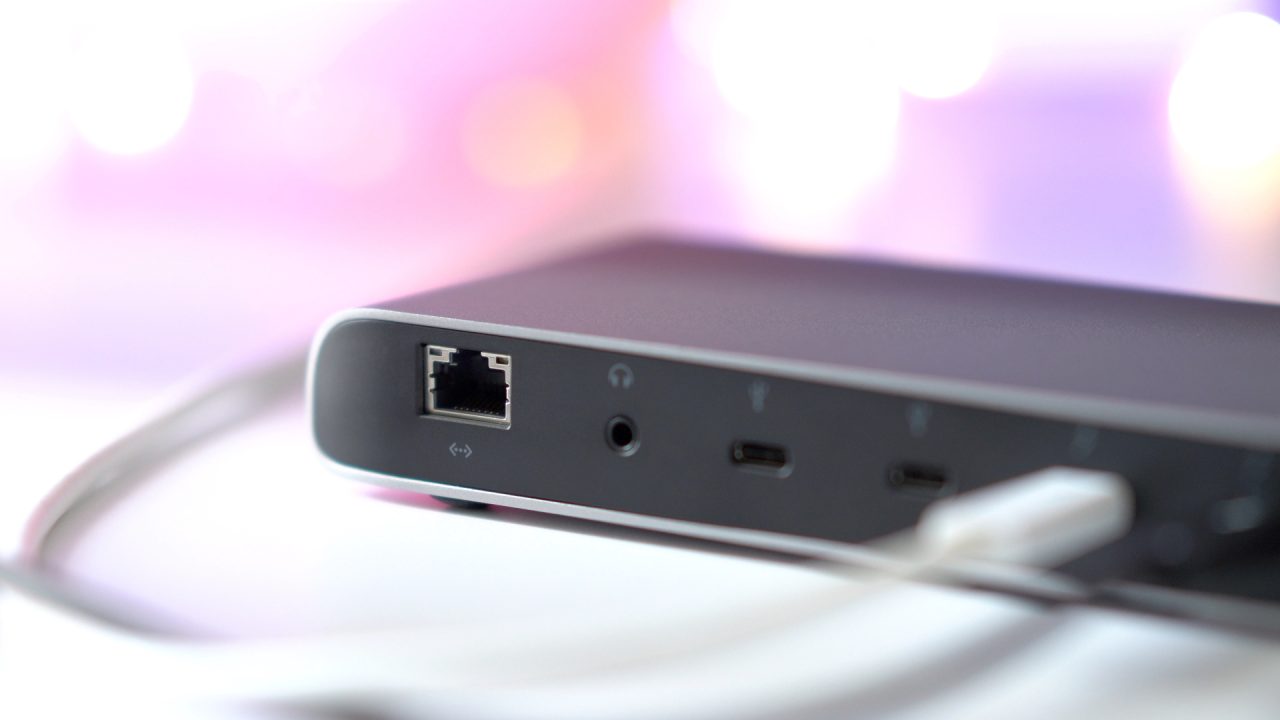 One of the biggest complaints about recent Mac laptops is their lack of ports. Elgato’s Thunderbolt 3 Pro Dock, like other docks we’ve seen over the years, seeks to solve that issue by making it possible to connect to a wide variety of accessories via a single Thunderbolt 3 cable.

The Elgato Thunderbolt 3 Pro Dock is designed with Thunderbolt 3-enabled Mac laptops specifically in mind. It features four USB-C ports on the rear of the unit, with two of those ports featuring Thunderbolt 3. One of the Thunderbolt 3 ports is dedicated to a Mac host, while the others can be used to connect other Thunderbolt 3 peripherals like audio interfaces, external SSDs, displays, etc.

The additional two USB-C ports are USB 3.1 gen 2 ports, which feature 10 Gbps bandwidth capability, compared to the 5 Gbps capability of USB 3.1 gen 1 devices. Devices like external SSDs are able to take advantage of the extra bandwidth afforded by USB 3.1 gen 2. 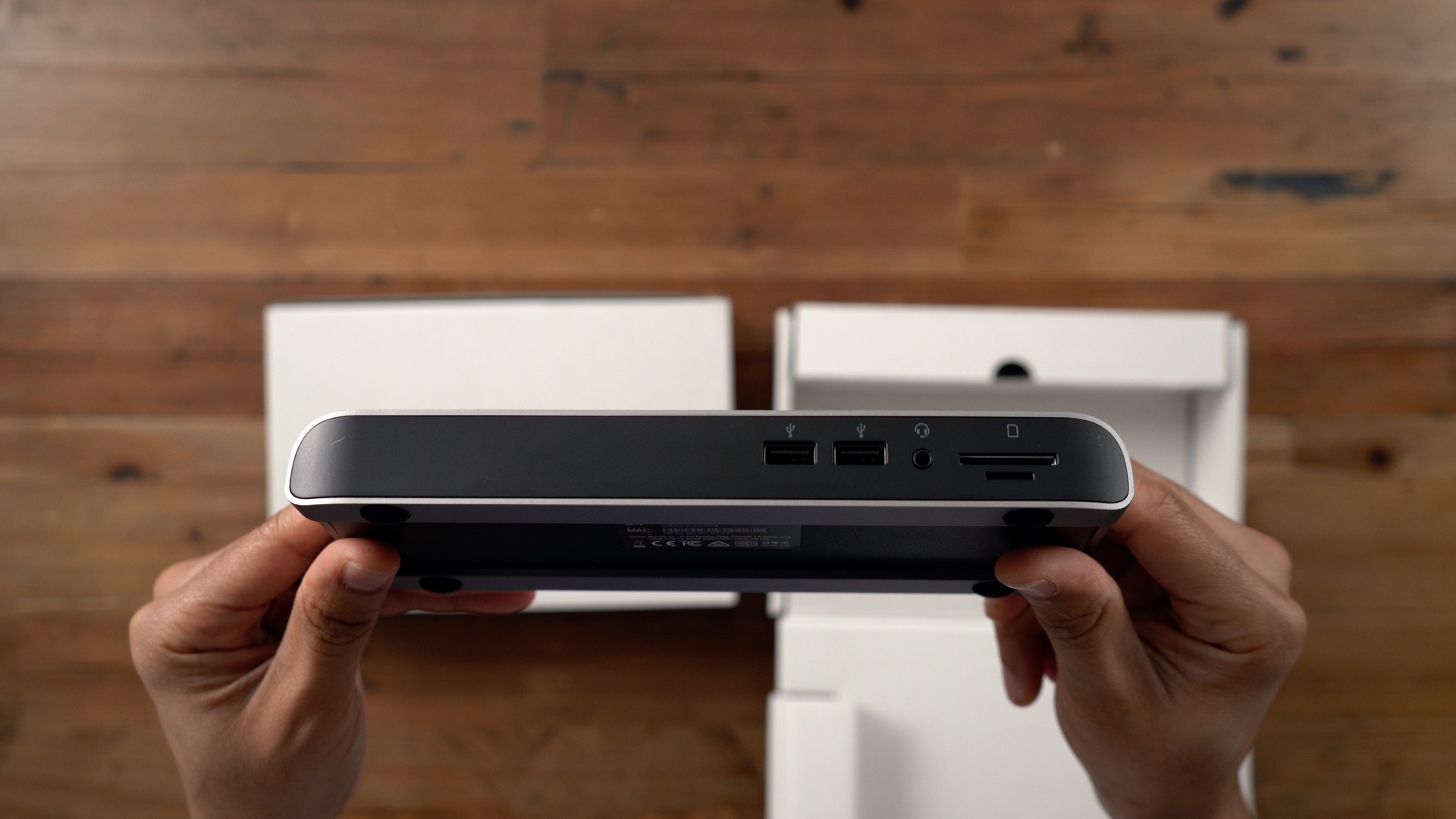 Along with the USB-C ports, you’ll find a 3.5mm headphone connector, DisplayPort 1.2 output, and a gigabit Ethernet port. The final connector on the rear is the DC power input, which accommodates a barrel-style connector that itself connects to a large power brick. 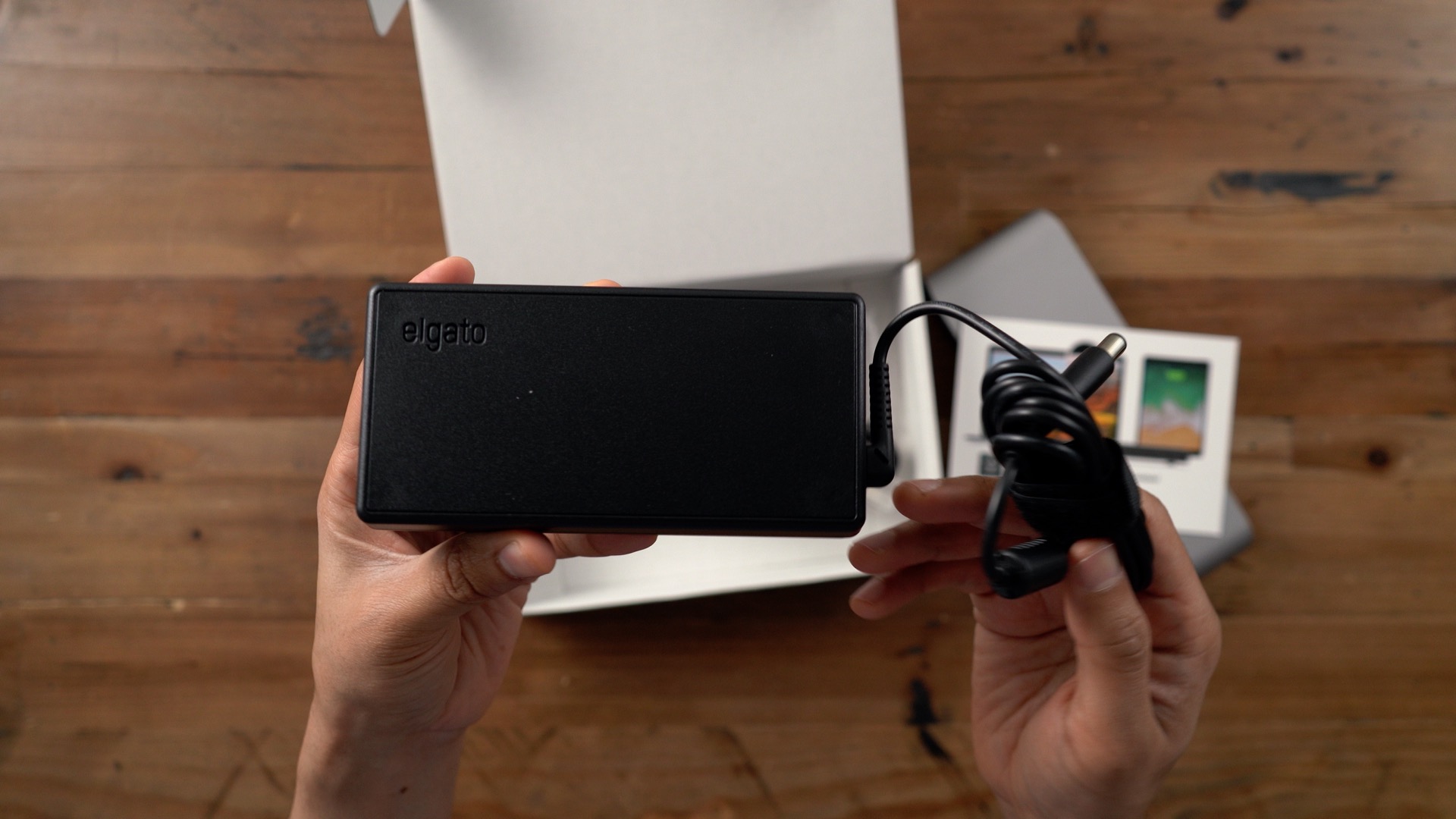 The front of the Elgato Thunderbolt 3 Pro Dock houses a pair of 5 Gbps USB-A ports, and a 3.5mm microphone input. There are also two SD card slots, one standard sized, and one microSD. Both SD slots are UHS-II compatible, meaning that they are able to support much faster UHS-II SD card media with an extra set of pins.

2x Thunderbolt 3 Ports with support for

1x DisplayPort with support for:

The design of Elgato’s dock is not unlike other Thunderbolt 3-enabled docks that we’ve seen over the years. It features an aluminum outer shell that wraps around a black, plastic interior housing the dock’s connectors. Overall, it’s a simple and understated look that’s kind of the standard when it comes to docks of this ilk. 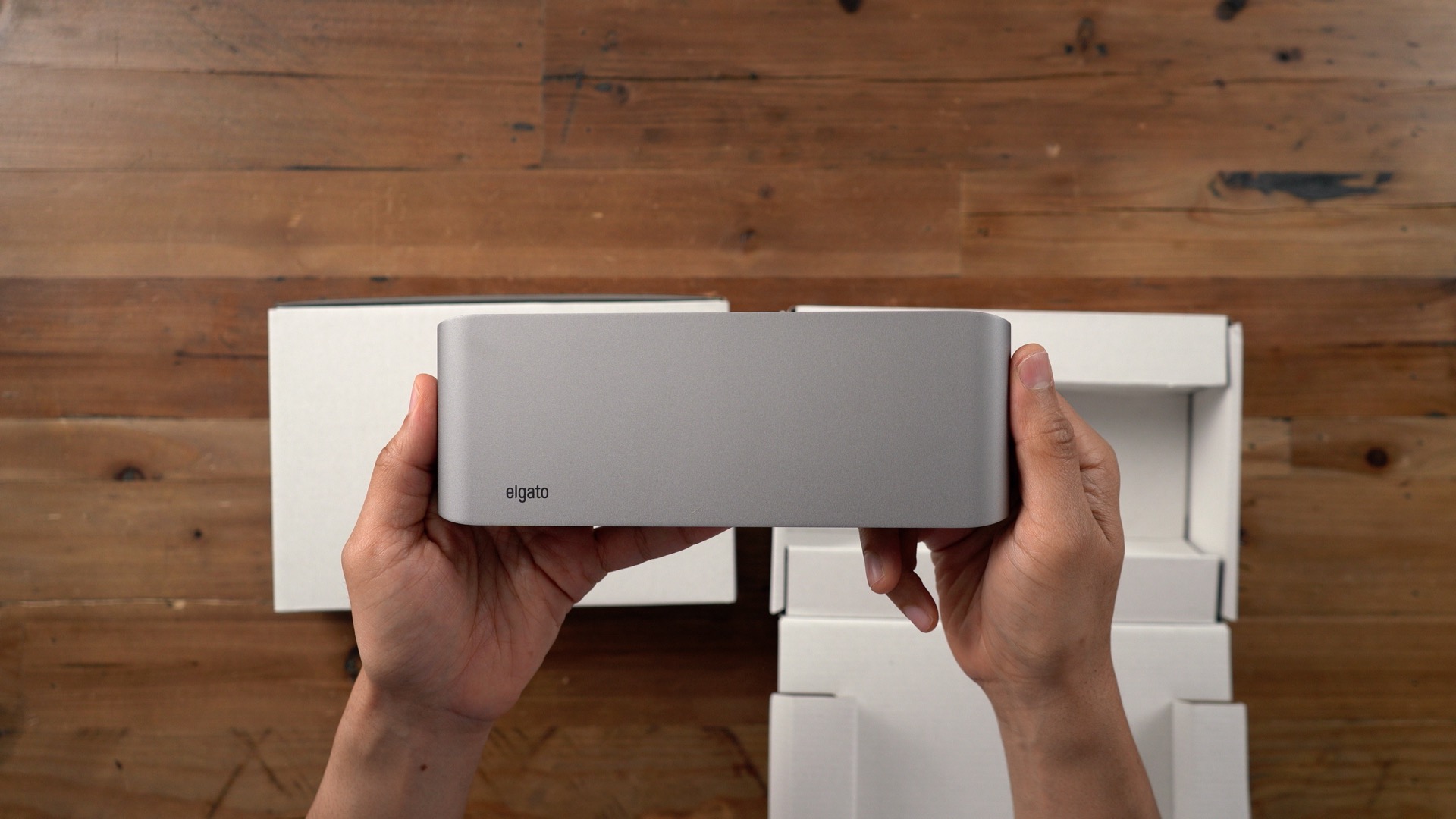 One of the more interesting design decisions is the outright lack of a status indicator light. I’m a big fan of this decision, because it means there’s one less unnecessary light polluting my workspace. 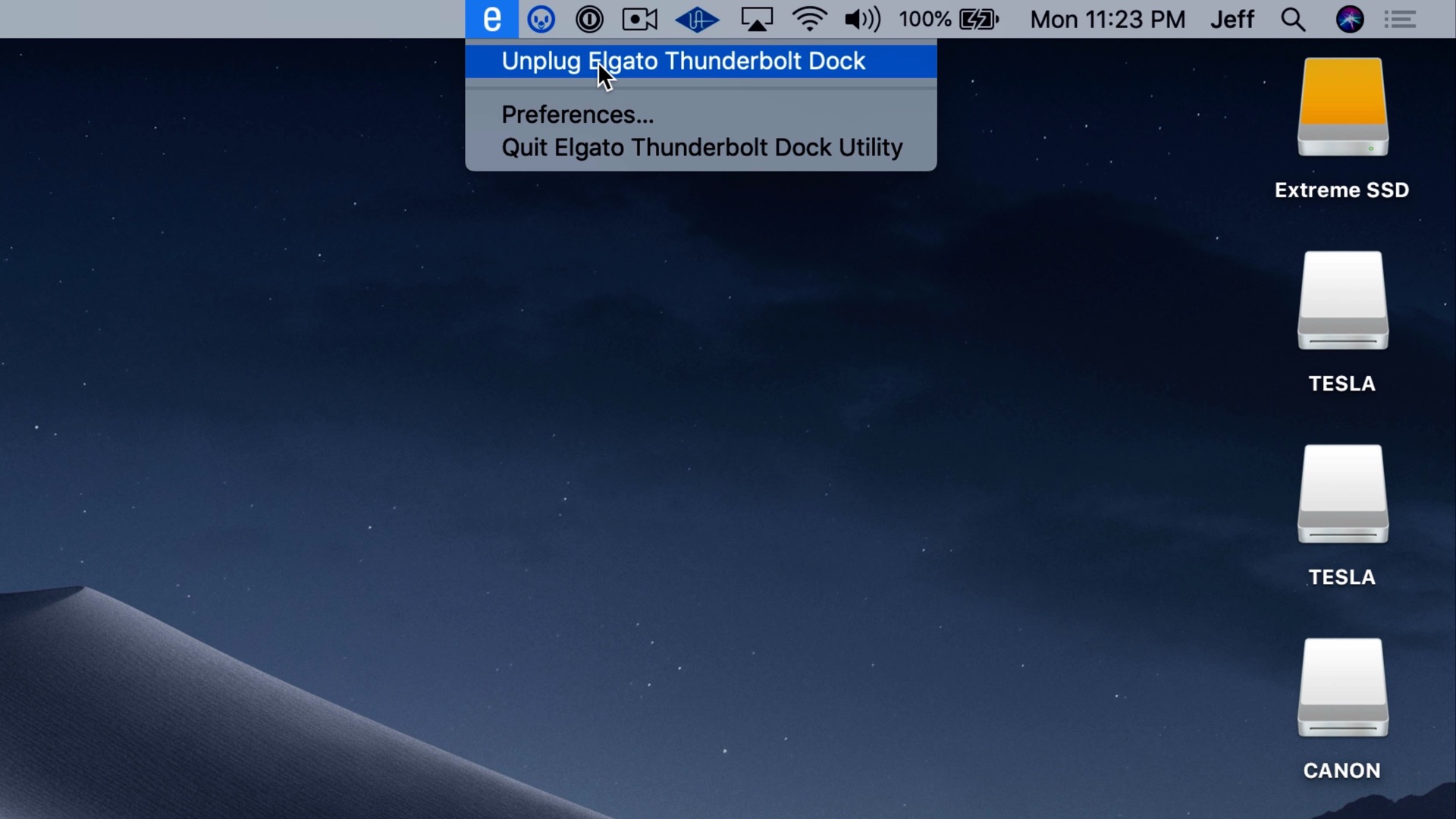 The CalDigit’s TS3 Plus is still the best Thunderbolt 3 dock available for the Mac, but the Elgato Thunderbolt 3 Pro Dock isn’t that far off. CalDigit offers better overall build quality thanks to all-aluminum silver and space gray color options, while Elgato offers an outer aluminum space gray shell that sandwiches a dark gray plastic interior. 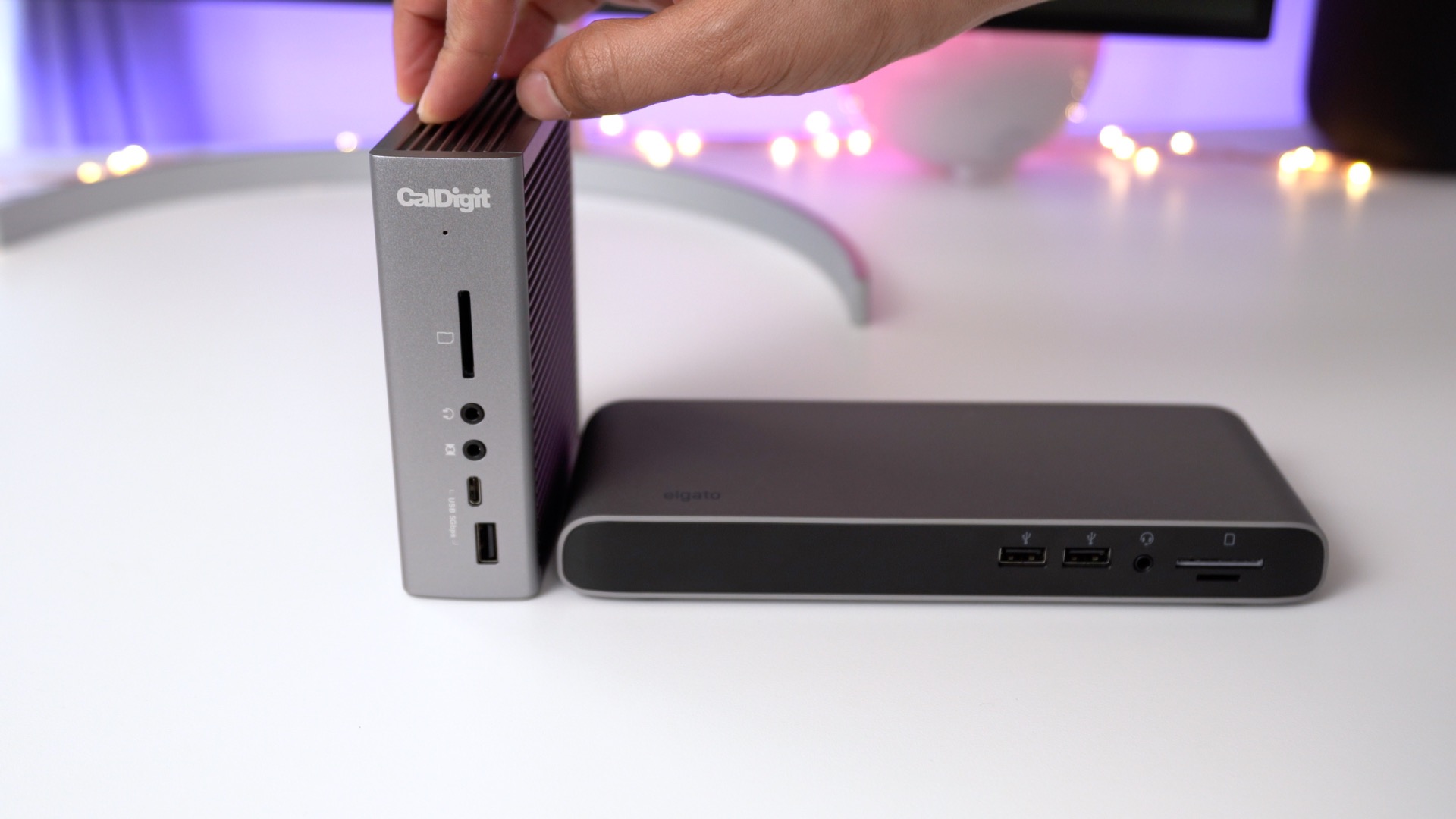 The CalDigit dock is thicker than the Elgato dock, but also features a smaller desktop footprint. The TS3 Plus can be oriented vertically along with horizontally on a desktop surface, which lends added flexibility to a setup.

CalDigit’s Dock offers more ports — 15, versus 12 on the Elgato Thunderbolt 3 Pro Dock. CalDigit offers a digital optical audio port, along with three additional 5 Gbps USB-A ports. The CalDigit TS3 Plus has a total of 5 USB-A ports, which will be handy for those with lots of legacy peripherals. 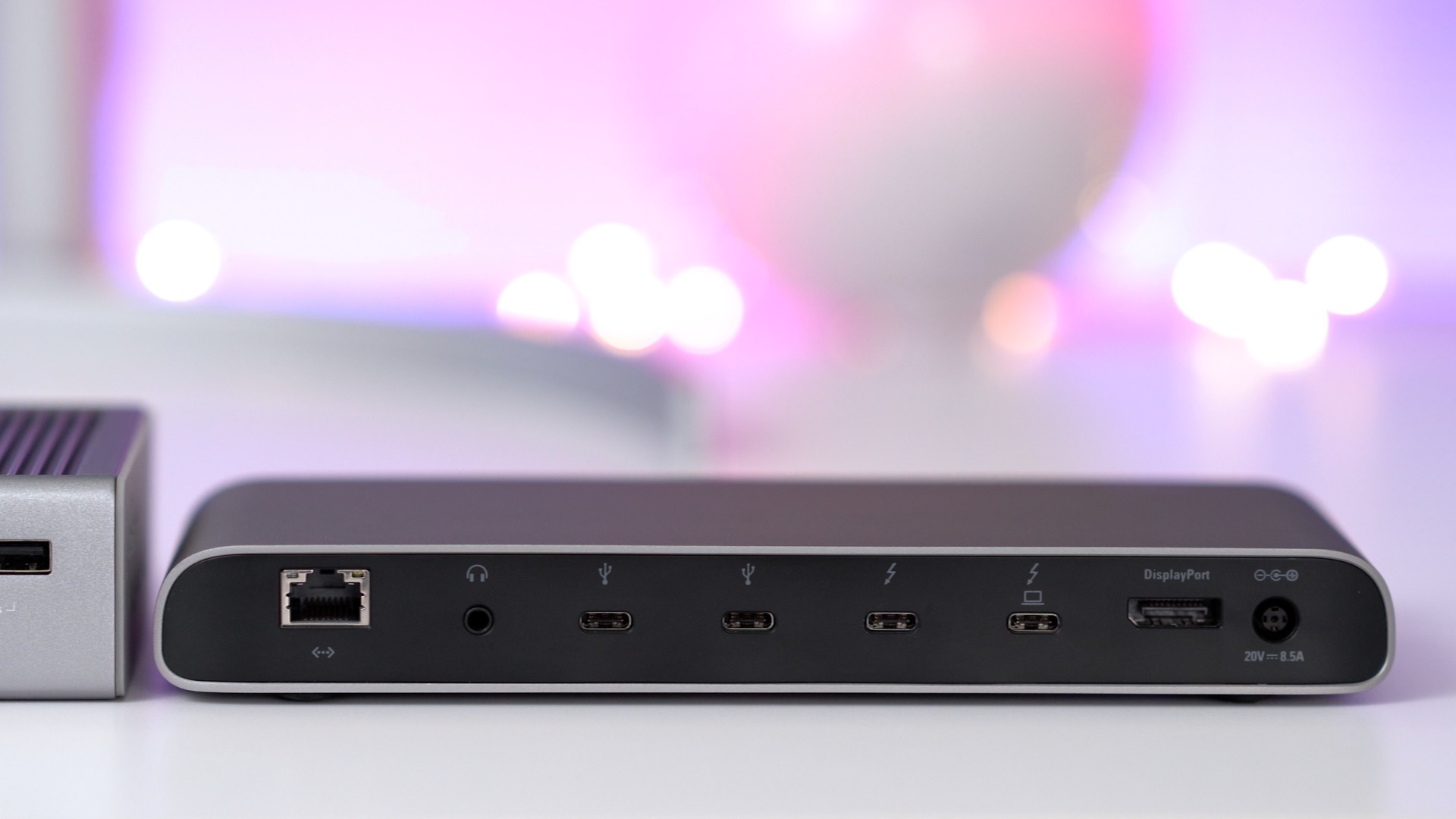 One advantage that Elgato enjoys over the CalDigit unit is that it comes with two USB 3.1 Gen 2 USB-C ports capable of 10 Gbps connectivity, while CalDigit offers USB 3.1 Gen 2 on only one of its two dedicated USB-C ports. The Thunderbolt 3 Pro Dock also includes a microSD UHS-II reader, which the TS3 Plus outright lacks.

It’s worth noting that both docks support up to 5K (5120×2880) at 60 Hz when connecting directly to a Thunderbolt 3 display, such as the LG UltraFine 5K Display. Both docks also support dual 4K60 setups, although you’ll need to employ the use of an active HDMI adapter to make that happen.

Given the overall size of the CalDigit TS3 Plus, coupled with its build quality and impressive number of ports and features, it’s still the king of Thunderbolt 3 docks for the Mac.

That’s not to say that the Elgato Thunderbolt 3 Pro Dock isn’t a strong contender, because it clearly is. It features most of the port options found on CalDigit’s dock, and even includes an additional USB-C 10 Gbps connection, and a microSD UHS-II reader. 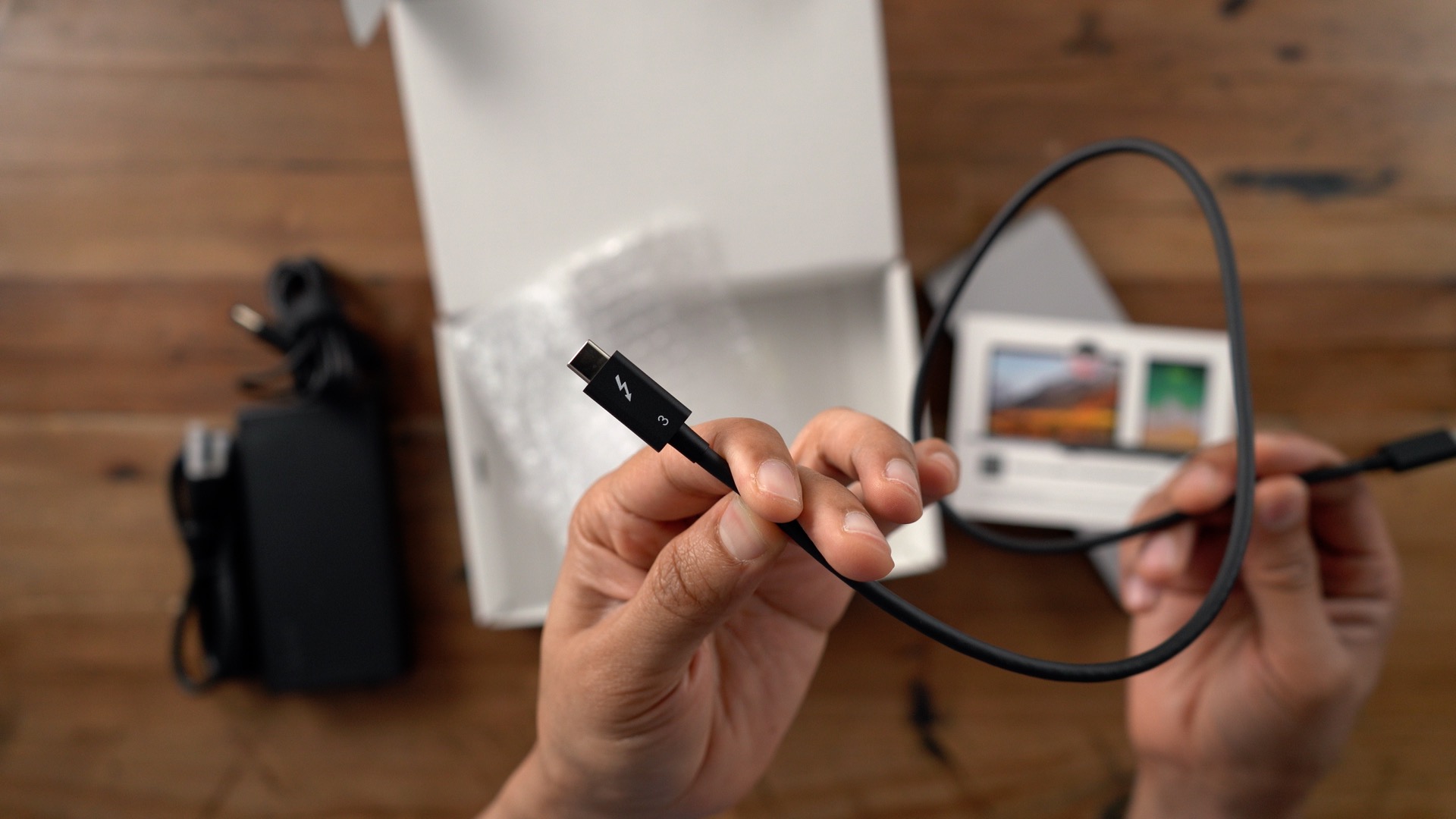 The footprint and overall build quality makes the Elgato dock a little less compelling than the TS3 Plus, especially when you consider that Elgato prices its hardware higher than CalDigit does. That said, if you prefer its design, or if microSD or the extra 10Gbps USB-C port are features you need, then the Elgato Thunderbolt 3 Pro Dock is worth considering. 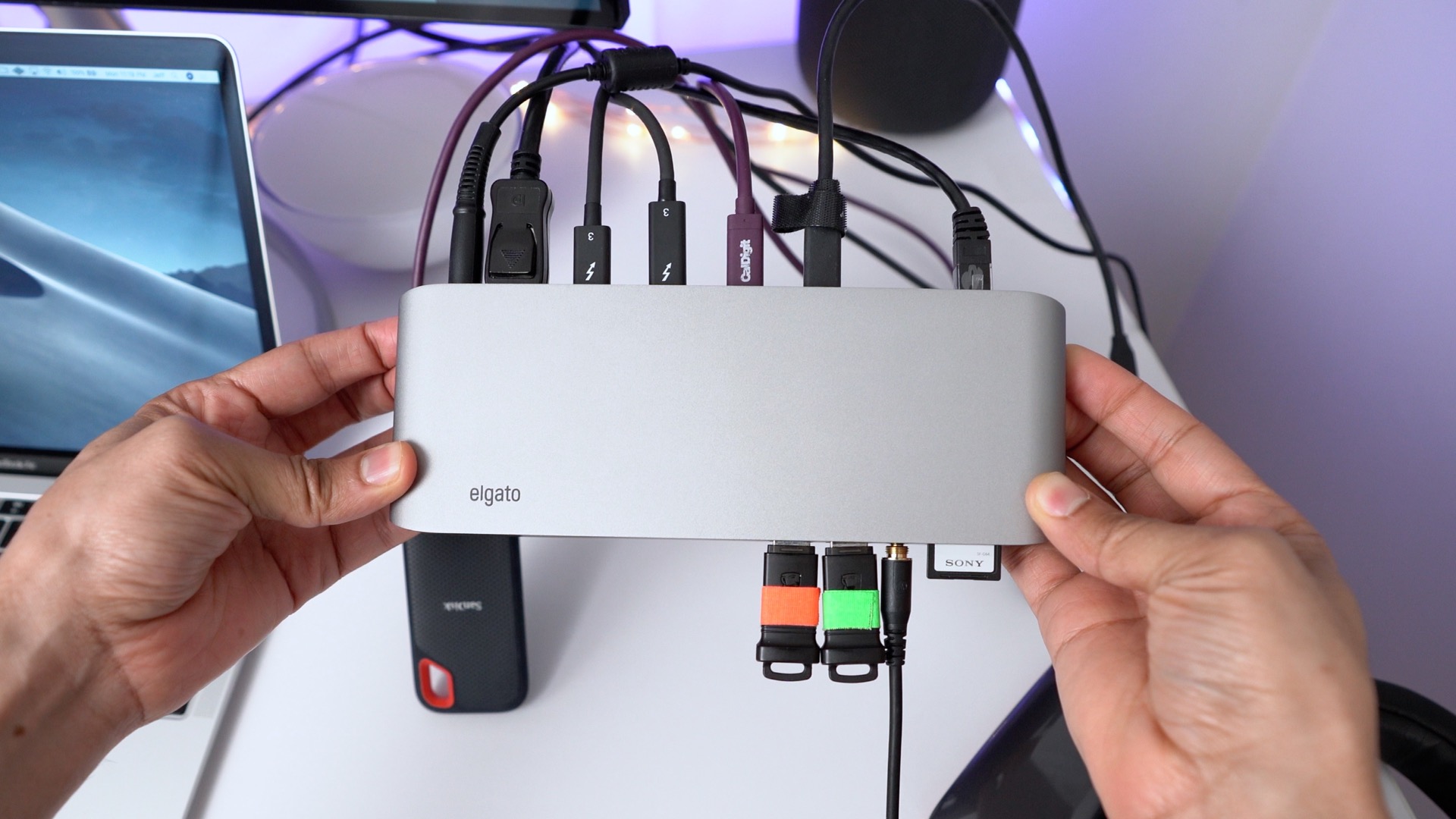 What Thunderbolt 3 dock do you currently use? Sound off in the comments with your thoughts and opinions.