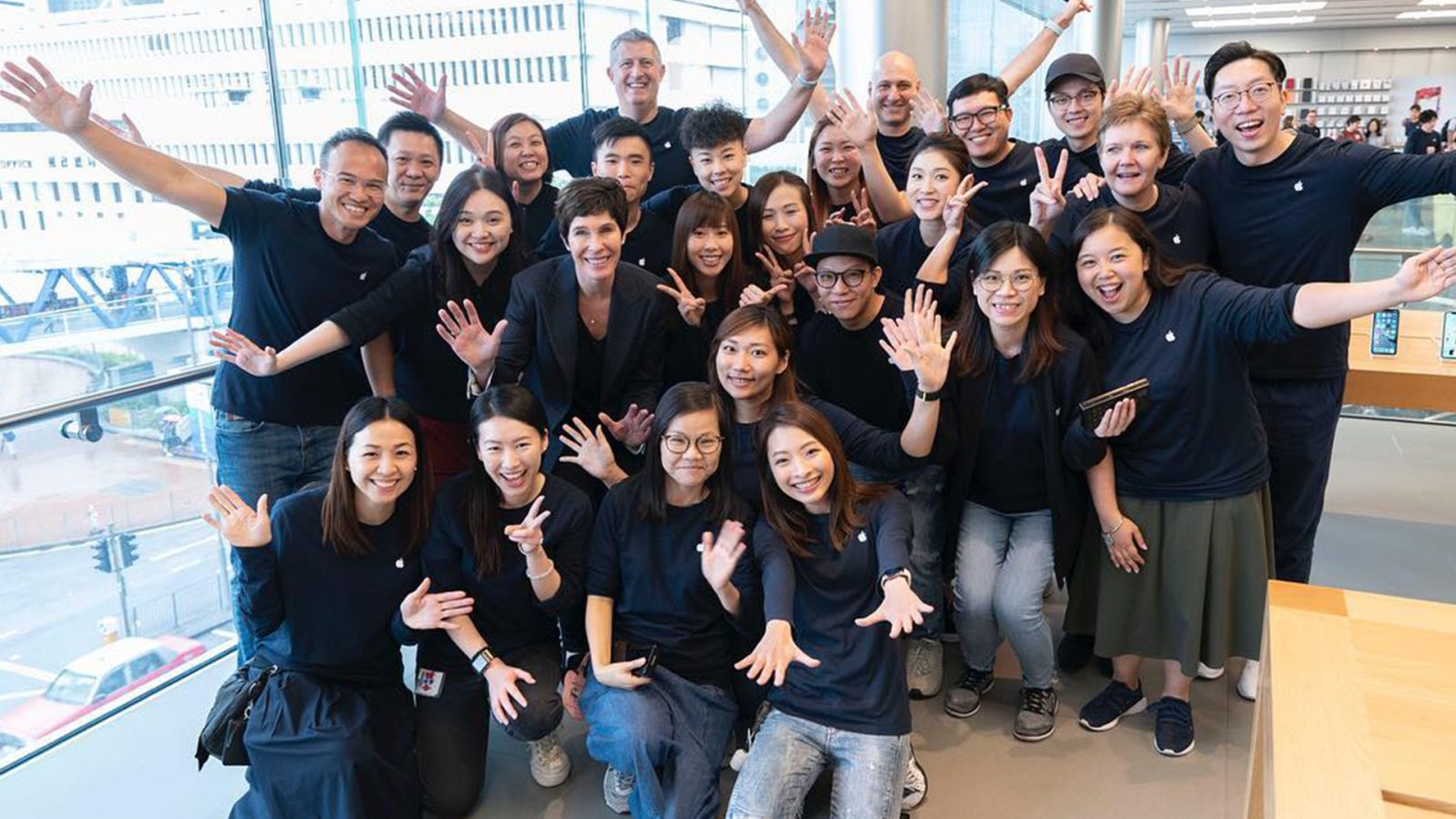 Twitter has long been the social network of choice for Apple executives to post updates on, but newly appointed SVP of Retail + People Deirdre O’Brien has chosen Instagram to share photos of retail updates.

Deirdre O’Brien’s account became active today, just three days after former SVP of Retail Angela Ahrendts’ last official day on the job. Although unverified by Instagram, we’ve confirmed that the account is legitimate. So far, three photos have been shared detailing O’Brien’s world tour of Apple Stores and visits to retail teams from Cupertino to Austin to Paris and Hong Kong.

Apple Store enthusiasts will instantly recognize the backdrops of Apple’s ifc mall and Cotai Central locations in Hong Kong and Macau. With 504 stores worldwide and a retail team of over 70,000 individuals, even a nearly 30-year company veteran like O’Brien will require quite a bit of meeting and greeting to be familiar with Apple’s entire retail operations. In 2014, Angela Ahrendts conducted a similar world tour of Apple Stores to get to know the retail teams.

If you’d like to follow Deirdre on Instagram, her username is @deirdre.at.apple. As of publication, the account has only just over 200 followers, but don’t expect that to last long. Angela Ahrendts garnered just over 13,000 followers on Instagram before leaving Apple as one of the only official channels providing updates on Apple retail happenings. Maybe Tim Apple can convince Deirdre that Twitter can be fun, too.