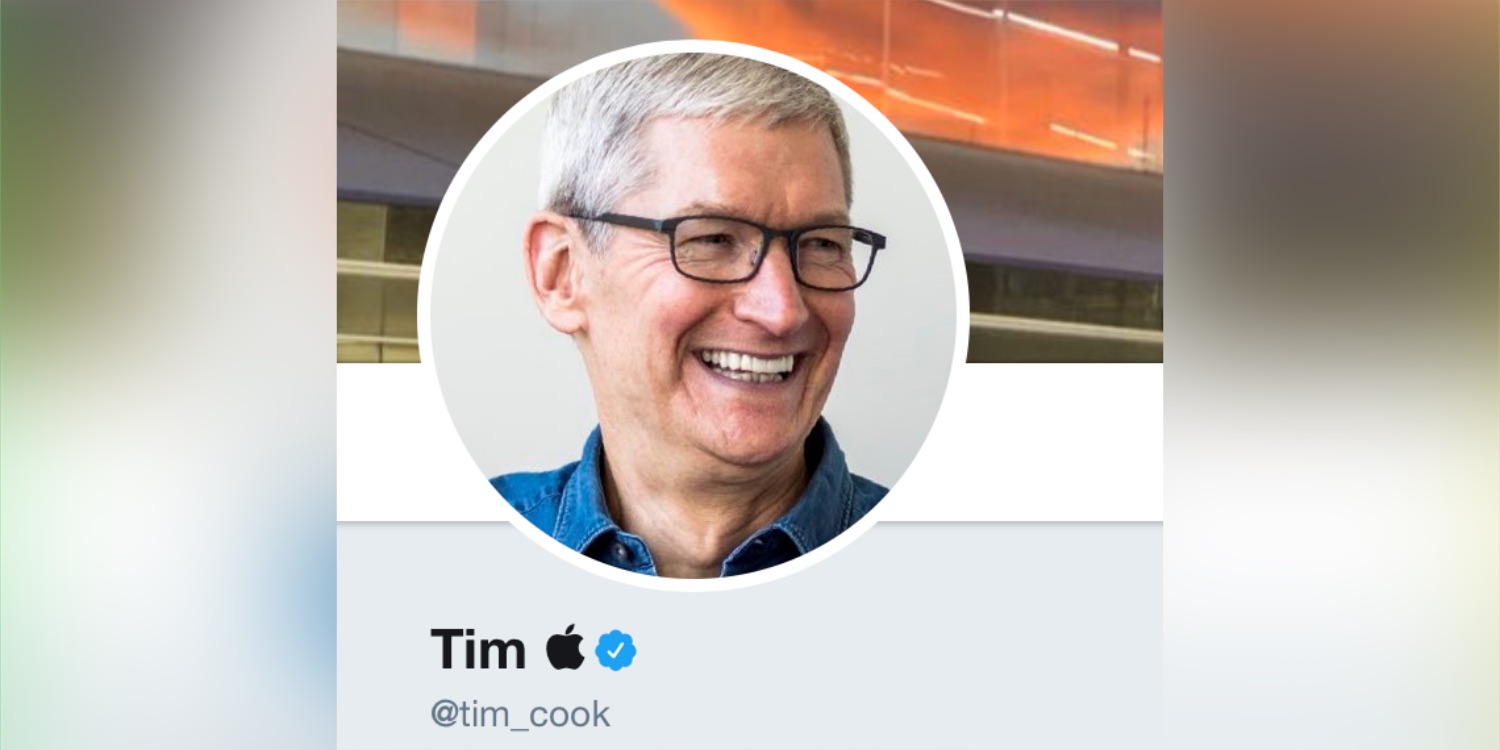 President Trump produced an instant meme during the livestreamed American Workforce Policy Advisory Board meeting yesterday when he accidentally referenced Tim Cook as ‘Tim Apple’, replacing the CEO’s last name with his company’s name. Thousands of jokes later, Tim Cook has subtly responded in the most brilliant way on Twitter.

Cook, who had no reaction in the moment during the meeting, has changed his Twitter name from Tim Cook to ‘Tim ’, playfully referencing yesterday’s presidential gaffe. For Cook’s part, the name change could be seen as a simple sign of Apple fandom, but we all know the real meaning behind that strategically placed Apple logo!

As for the White House, the official transcript caught the president’s misspeaking on the record … but the creative use of an em dash was used to explain it. ‘Tim Apple’ wasn’t the first time President Trump replaced a CEO’s last name with their company name in the moment though. Just ask Marillyn Lockheed.

Using the Apple character means you’ll probably need to be using an Apple device to see it however. Other operating systems don’t include the special character since it’s not part of the standard character set.

See for yourself below: 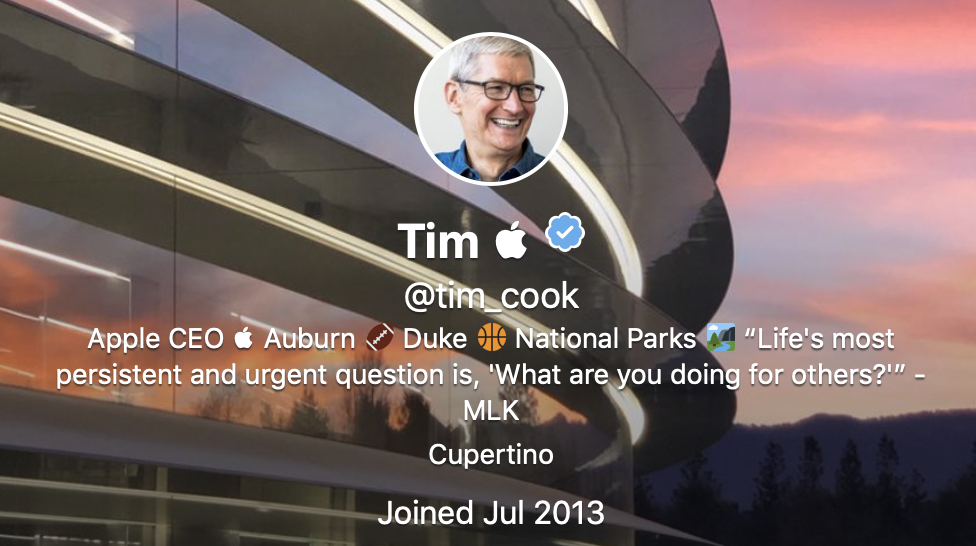 Late night comedy shows, of course, had their fun with the president’s gaffe as well:

At a recent round table meeting of business executives, & long after formally introducing Tim Cook of Apple, I quickly referred to Tim + Apple as Tim/Apple as an easy way to save time & words. The Fake News was disparagingly all over this, & it became yet another bad Trump story!