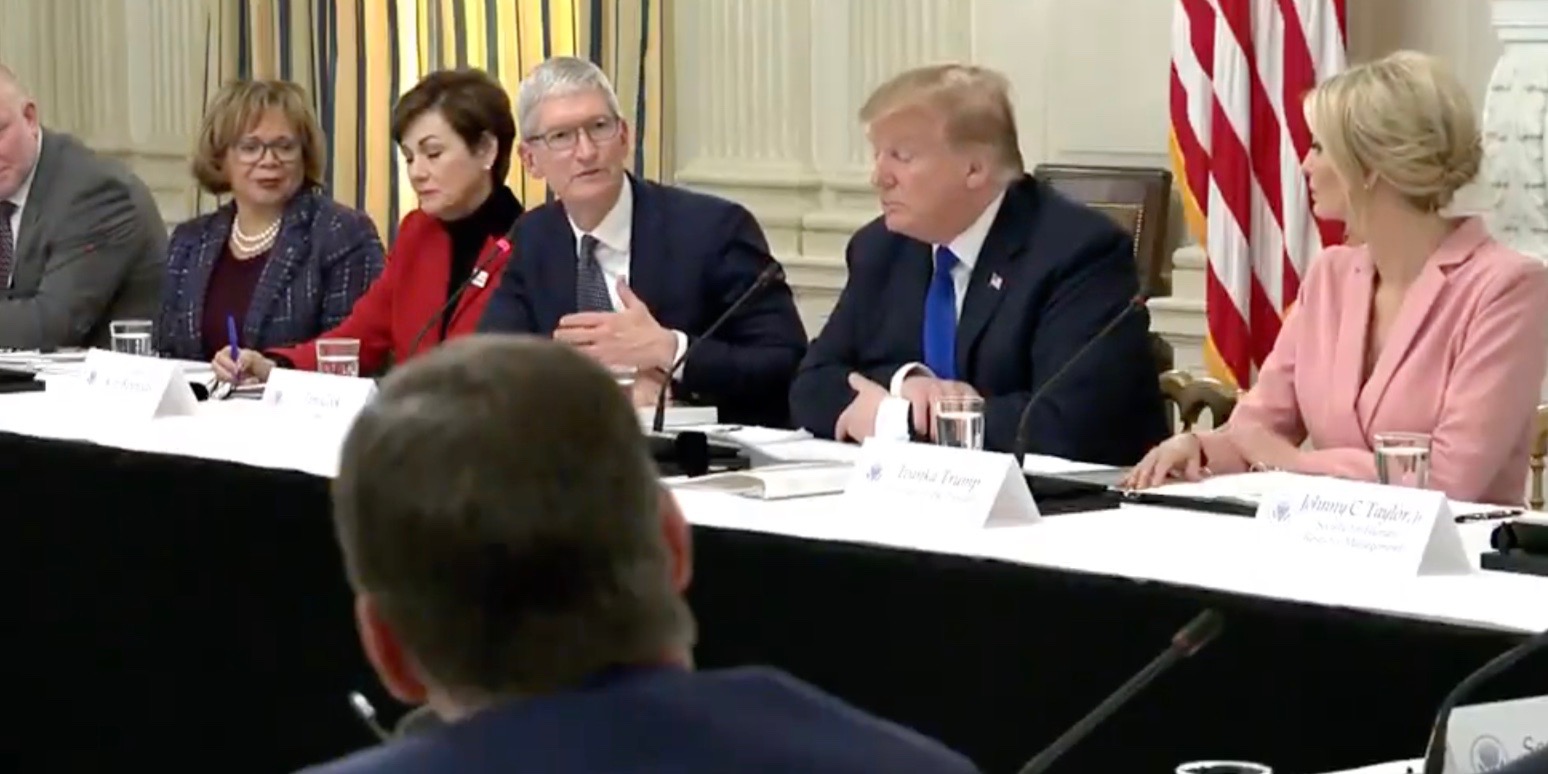 Update: Donald Trump tweeted to address his comment, saying that he intentionally quickly referred to ‘Tim and Apple’, rather than mistakenly getting Cook’s name wrong.

Earlier this afternoon, President Trump moderated a meeting of American Workforce Policy Advisory Board at the White House. Tim Cook was in attendance, but Trump seemingly forgot the Apple CEO’s name…instead referring to him as “Tim Apple.”

Cook used the meeting as an opportunity to tout Apple’s education initiatives. The Apple CEO said that the company’s Everyone Can Code platform continues to expand, and noted that Apple doesn’t require a college degree.

“We’re going to be opening up the labor forces because we have to. We have so many companies coming in. People like Tim, you’re expanding all over and doing things that I really wanted you to do right from the beginning. I used to say, ‘Tim, you’ve gotta start doing it here,’ and you really have. You’ve really put a big investment in our country. We really appreciate it very much, Tim Apple.”

The video below does a better job of showing just how obvious it is that Trump blatantly called Tim Cook “Tim Apple” and it wasn’t an awkward pause of any sort. As The Verge notes, this isn’t the first time Trump has seemingly referenced a CEO by the wrong name. Last year, he referenced to Lockheed Martin CEO Marillyn Hewson as “Marillyn Lockheed. Trump later claimed he said “Tim Cook Apple”

At a recent round table meeting of business executives, & long after formally introducing Tim Cook of Apple, I quickly referred to Tim + Apple as Tim/Apple as an easy way to save time & words. The Fake News was disparagingly all over this, & it became yet another bad Trump story!