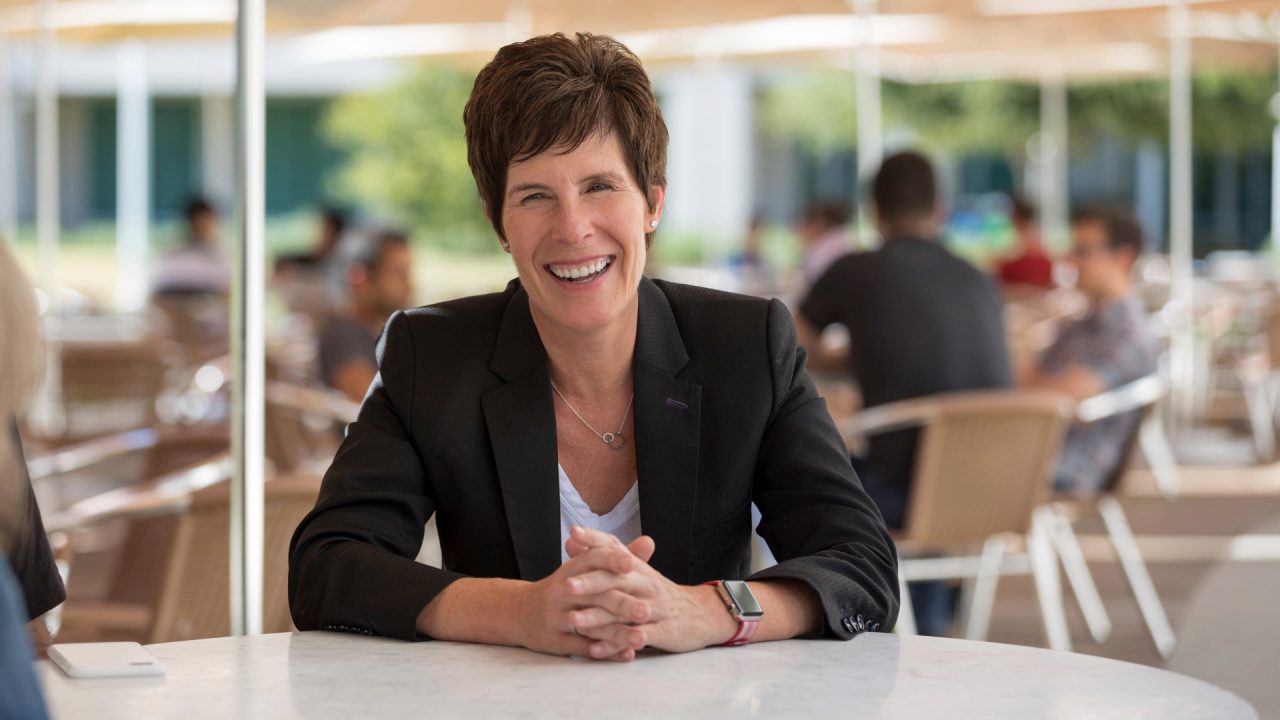 Following the departure of short-lived hire John Browett in 2012, Angela Ahrendts joined Apple in 2014 from fashion company Burberry and led a dramatic redesign of the company’s retail stores, which now number 506 across the globe. Beyond shaping Apple’s physical spaces, she also spearheaded Today at Apple, an initiative of free educational and creative sessions held at every store worldwide.

In April, Ahrendts will step down from her current role for “new personal and professional pursuits,” according to Apple. In her place, Apple executive Deirdre O’Brien will take on new responsibilities under the title “senior vice president of Retail + People,” and report to Tim Cook. O’Brien was promoted in 2017 to VP of People.

“At Apple, we believe our soul is our people, and Deirdre understands the qualities and strengths of our team better than anyone,” said Tim Cook, Apple’s CEO. “For more than three decades, she has helped keep Apple focused on serving customers and enriching lives. She’s an exceptional leader and she’s been a vital partner to our retail teams around the world since the very beginning. I am thrilled to work alongside Deirdre in her new role, and I know our 70,000 retail employees will be, too.”

Just this past week, Apple introduced a major expansion of Today at Apple with 58 new sessions focusing on a multitude of creative disciplines. The rollout was the largest change in Apple retail since Today at Apple’s global launch in 2017. In order to facilitate Today at Apple’s growth, Ahrendts repositioned Apple stores as community gathering spaces in the hearts of top cities across the world. By focusing on experiential retail design, Apple has been able to skirt the hardships that plague many traditional brick and mortar businesses in an era of online shopping. Cook thanked Ahrendts for her impactful work:

I want to thank Angela for inspiring and energizing our teams over the past five years. She has been a positive, transformative force, both for Apple’s stores and the communities they serve. We all wish her the very best as she begins a new chapter.

Angela Ahrendts also reflected on her tenure at Apple and looks forward to future opportunities:

The last five years have been the most stimulating, challenging and fulfilling of my career. Through the teams’ collective efforts, Retail has never been stronger or better positioned to make an even greater contribution for Apple. I feel there is no better time to pass the baton to Deirdre, one of Apple’s strongest executives. I look forward to watching how this amazing team, under her leadership, will continue to change the world one person and one community at a time.

Last year, Ralph Lauren announced that Ahrendts would join the company as a non-executive director. Just last week, Ahrendts spoke about the future of Apple retail and previewed the company’s upcoming flagship store in Washington, D.C.’s former Carnegie Library. When asked if she missed the fashion world, Ahrendts noted, “There are things about the fashion industry that I miss, but I went to Apple because I felt it was a calling to one of the greatest companies on the planet. I felt we could even do a little of what we did at Burberry: uniting people to do incredible things.”

A bittersweet set of announcements today. Angela, we thank you for all you’ve done to inspire and energize our teams. Deirdre, we can think of no one better to lead our stores and all of Apple’s people in their mission to change lives for the better. pic.twitter.com/PekF8rU9Qe