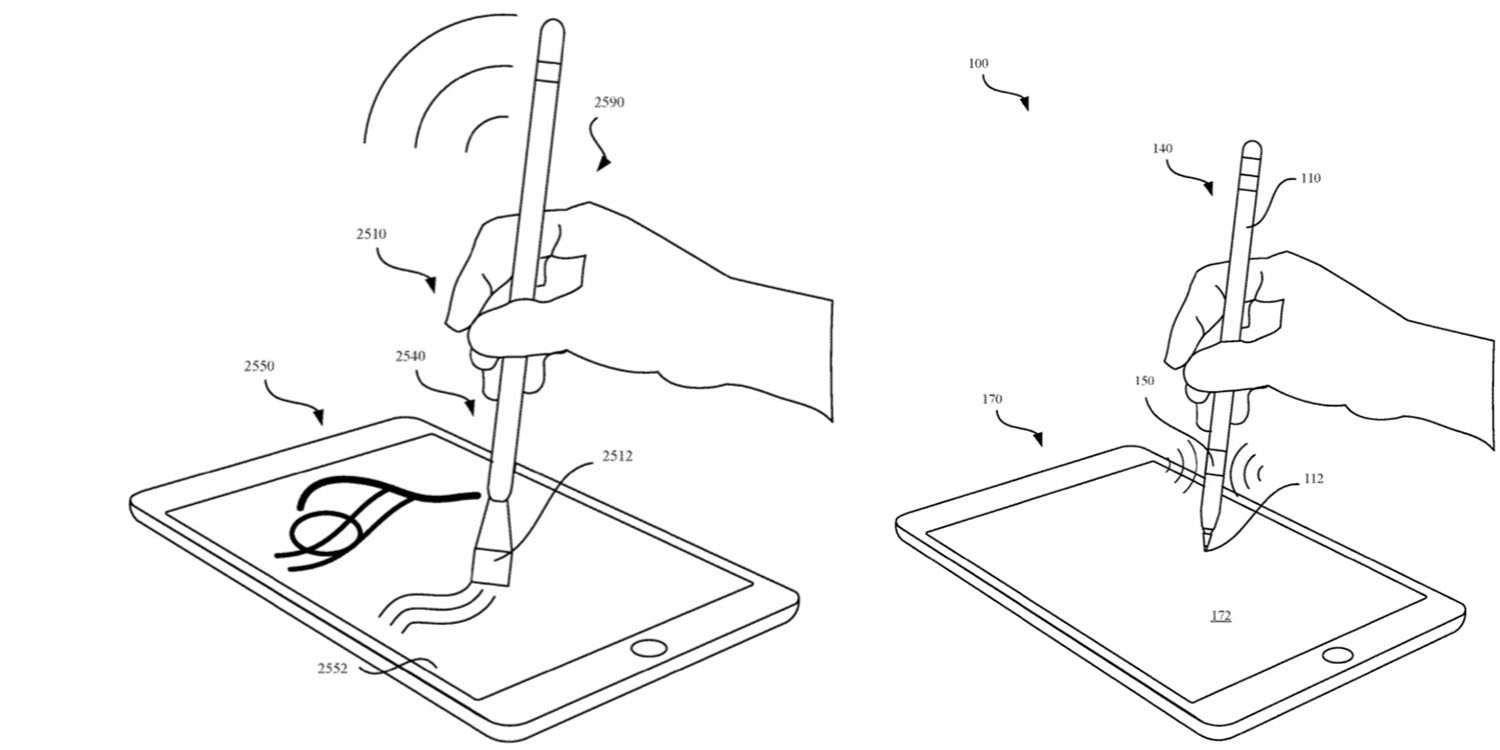 An Apple patent granted today suggests that a future version of the Apple Pencil could have an interchangeable tip that sees it become an Apple Paintbrush too.

The patent also shows how haptic feedback could be used to simulate the feeling of using different implements like pens, pencils, marker pens, and paintbrushes …

Apple starts by acknowledging the limitations of the existing Apple Pencil as an artistic implement.

It then describes how an interchangeable tip could be the solution, with a paintbrush attachment measuring the degree of flex in each bristle.

The components can further include a sensor coupled to the flexible contact members, the sensor capable of (i) detecting a change in flexure of the flexible contact members in accordance with the contacting, and (ii) responding to the change in flexure by providing a corresponding detection signal. The components can further include a processor in communication with the sensor and capable of receiving the detection signal, the processor capable of generating a feedback instruction that is based upon the change in flexure. The components can further include a communications unit coupled to and capable of receiving the feedback instruction from the processor, where the communications unit responds to the feedback instruction by transmitting a feedback parameter to the electronic device such that a graphical output is presented at the display in accordance with the change in flexure.

The wording is as dense as usual for a patent, but the meaning is clear: the iPad measures the amount of flex in the bristles, and uses that to effectively control the flow of ‘paint’ in the image.

Flexible joints in the pencil could be used as alternative method of measuring the pressure applied to the screen.

The patent also describes how haptic feedback could be used to provide artificial sensations from the use of different types of tip.

As used herein, the term “haptic feedback” can refer to simulating a sensation of touch by applying force, vibrations, or motions that can be perceived by the nerves within the user’s appendages. As described herein, haptic feedback can involve the transformation, displacement, oscillation, vibration, or modification of a body of material (e.g., substrate) from an initial configuration to a modified configuration in order to provide feedback that can be perceived by a user. In some embodiments, the haptic feedback perceived by the user is caused by force being exerted by a haptic feedback component against a housing of the electronic device. The haptic feedback can simulate a sensation of touch at a user’s nerves present in the user’s appendages (e.g., fingers, hand, palm, toes, etc.) as well as other body parts (e.g., lips, nose, etc.).

As always with Apple patents, there’s no way to know whether an Apple pencil paintbrush tip will ever make it into production, but this certainly seems like an approach which would be appreciated by artists. Let us know your thoughts in the comments.